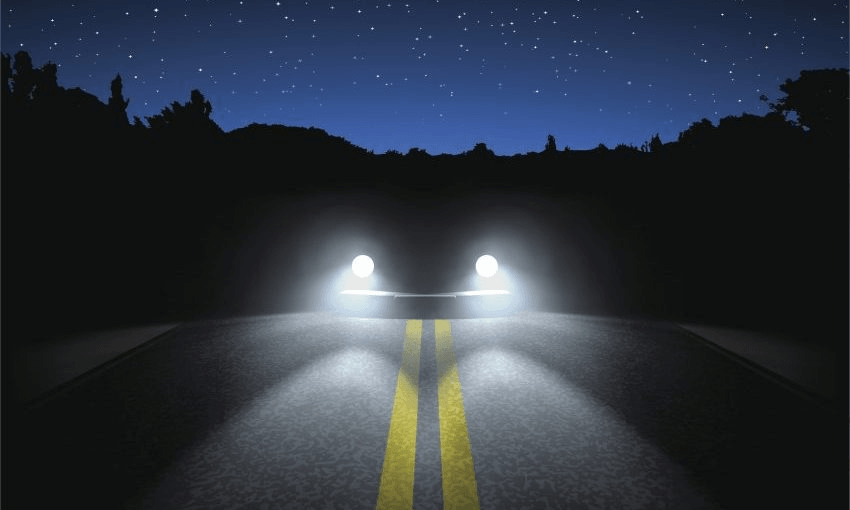 Is it really a sustainable career if you don’t feel safe to walk home at night? / Getty Images

Is it really a sustainable career if you don’t feel safe to walk home at night? / Getty Images

Business is saying move over, you’re on the wrong side of the road. The government is refusing to budge. Who is going to capitulate first in the ultimate confidence game, asks Guyon Espiner in his fortnightly column for RNZ.

This has been rumbling along for a few months but has only just got serious. Until now ministers have been dismissing business confidence surveys as just the big end of town saying they prefer the blue team to the red one. Nothing to see here.

There is some truth to their allegations of political bias in these surveys and the strategy was sustainable up to a point. But when business confidence drops from third highest in the OECD two years ago to second to bottom now, the radar should start bleeping.

When the ANZ survey shows a lack of business confidence comparable to the GFC of 2008, then, Wellington – we have a problem.

Former ANZ economist Cameron Bagrie said the survey shows an economy “dangerously close to stalling”. Again the government can wish that away by saying it’s the view of an economist who has himself expressed doubts about the validity of such surveys.

But Treasury is a little more difficult to ignore. This week its Monthly Economic Indicators report must have sent at least a slight shiver up the collective spine of the Beehive.

By its own description this was a “mixed” scorecard. Labour income grew strongly and employment remained solid. But wallets are closing, with retail spending falling in the June quarter.

The most worrying line directly addressed the confidence game that the government wants to ignore. “Weaker confidence, in conjunction with other data, highlight the risk that growth over the coming fiscal year may be weaker than forecast in the Budget,” Treasury said.

This comes as the government attempts a reset with Prime Minister Jacinda Ardern back chairing the Cabinet.

Her deputy, Winston Peters, talking to NZME’s The Countryshow, called the ANZ survey “bulldust”, saying it didn’t reflect the views of New Zealand’s half a million businesses.

By that logic the nation’s political polls, which survey 1000 voters out of more than 2.5 million, would be irrelevant, yet they’ve been highly accurate and are quoted by politicians – when it suits them of course.

So now the boss is back what is she going to do? Well, right now the prime minister seems to be trying to have it all ways. She said the surveys are perception and not reality but that she is listening to the perception. She said the government is making changes to address business concerns but also that she is going to “push back” and declare the economy is performing well. The upshot is the government hasn’t offered up any concrete changes to its agenda. Or at least the Labour part of the government hasn’t.

New Zealand First Cabinet minister Shane Jones suggested on TVNZ’s Q + A programme that upcoming changes to industrial relations law were a factor in business anxiety. He went on to hint that New Zealand First may challenge aspects of Labour’s policy.

There have naturally been comparisons made between the current situation and the Winter of Discontent in 2000, during the first year of Helen Clark’s Labour-led government. But there hasn’t been much comment about what she actually did in response to it.

Ms Clark then went on a “smoked salmon offensive” to win back business confidence. And it worked. Business never loved her but they trusted and respected her.

Ms Clark didn’t abandon her centre left agenda, indeed the changes she made probably helped her embed it because she knew that without at least some backing from business she wouldn’t get a second term.

Ms Ardern said she wanted to deal with reality rather than perception. And, yes, the perceptions of business leaders may be wrong. But if they don’t invest and don’t employ people based on those perceptions then you have a real problem and not a perceived one.

Guyon Espiner is co-host of Morning Report on RNZ. He covered politics from the Press Gallery between 1998 and 2011 and produced the 9th Floor book and podcast series with RNZ’s Tim Watkin.