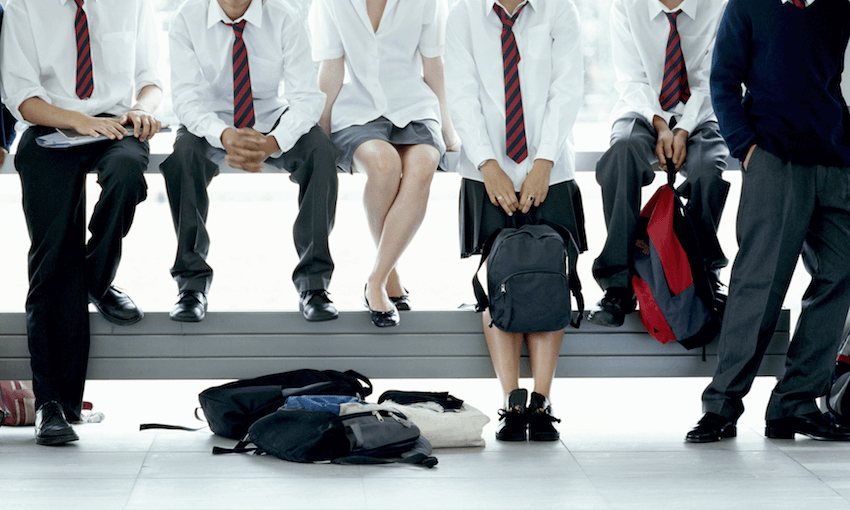 Integrated schools have leaky roofs too

Liam Hehir makes a plea to education minister Chris Hipkins not to discriminate against integrated schools when it comes to school funding.

The government’s announcement of a big maintenance funding boost for schools was greeted warmly by many principals, teachers and parents. Excluded from the assistance, however, are about 300 schools and the more than 90,000 students who are educated through the state integrated system. As announced, not a cent of the new spending goes their way.

Integrated schools are mostly former  private schools which became part of the state education system from the seventies onwards. The majority of them are Catholic and so few of them were ever wealthy or served wealthy communities. Quite the opposite, really.

Integrated schools are one of the lasting legacies of the all too brief government of Norman Kirk. In fact, his last official engagements was to open St Peters College in Palmerston North (my old school). He died shortly thereafter.

Integration saved the network of often excellent but also financially struggling Catholic school network. Over the years, the model has widened to include “special character” schools of various backgrounds. It’s been a successful project that has enjoyed bipartisan support – when charter schools were “abolished” by the government they were permitted to convert to integrated status.

These schools are meant to be funded like other state schools in terms of their operational costs. The government pays the “outgoings” of the school – including teacher salaries and property maintenance (like fixing leaks and broken spouting) while capital expenditure is met by the proprietor, usually a diocese or charitable trust, which retains ownership of the buildings. The schools agree to teach the official curriculum and are otherwise part of the state system.

One way to think about the arrangement is to see it like a commercial lease where the state is the tenant responsible for upkeep but which pays no rent. Since the state would have to build a lot more capacity if integrated schools closed down and hundreds of thousands of students flooded into the rest of the state system, integration saves the government billions in capital costs. In other words, it’s a great deal for the government.

Beyond those savings, integrated schools are engines of social mobility. Carrying on traditions of educational rigour for children who might not otherwise be exposed to them, they are often very popular. At a time of declining educational attainment, this is something a lot of parents prize. And while integrated schools have attendance fees to meet capital costs, these are usually a fraction of what private schools charge.

Not everybody loves integrated schools, however. For some, the very existence of schools that have retained a measure of independence is an ideological affront. This is similar to the objection to private charity on the grounds that all altruism should be mediated through the state – not exactly a mainstream view but it is out there.

Others simply seem to have a reflexive disdain for anything connected to religion.

It’s not clear why the government now proposes to discriminate against integrated schools, but it is clear something is going on. On RNZ, education minister Chris Hipkins told Corin Dann that some integrated schools already have great facilities and are in excellent condition. That is true, but it’s also true of many state schools who are receiving money. Furthermore, it is equally true that many otherwise terrific integrated schools have the same maintenance issues as the state schools being funded.

It has also been argued that including state schools would violate the principle of funding outgoings but not capital. But the funding is largely for capital maintenance. That’s something for which integrated schools are meant to be funded on the same basis as other state schools.

Furthermore, these properties are never going to be used as anything other than schools in their present form. In the event that an integrated school closes down, the buildings will be demolished anyway. So the idea that inclusion is tantamount to a windfall to school proprietors holds very little water.

Hipkins has been one of the more capable of Jacinda Ardern’s ministers and has shown a strong pragmatic streak at times. In these matters, however, reports are that he is largely indifferent to the interests of more than 10% of the students under his charge. Jenny Salsea, his associate minister, is said to be much more sympathetic – as is the National Party’s spokesperson Nikki Kaye.

Here’s hoping some combination of pressure on the minister will see him do the right thing.

Liam Hehir is a practising Roman Catholic from the Diocese of Palmerston North, which is the proprietor of a number of integrated schools. He is involved with the Church in various ways but the views expressed here are his own. His son is enrolled in a non-integrated state school.