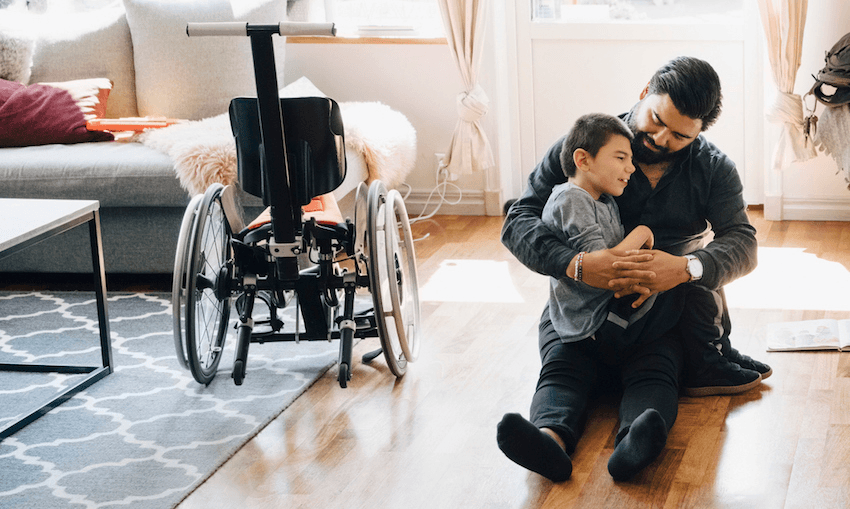 Shocking news: The system worked and a noxious law got binned

In the blur of the last week of this parliament, a law that discriminated against family disability carers was torn from the books. It’s one of those moments when we can see why political activism of all kinds actually matters, writes Andrew Geddis.

Last week, on Wednesday evening (which in parliament’s weird world technically was still Tuesday because urgency had been taken and so time stood still), MPs united to remove a pretty terrible piece of law from our statute books. No real fanfare or fireworks accompanied this action. Indeed, I didn’t even know about it until told by email on Thursday morning (thanks KJ!). But happened it has, and there’s an important story that ought to be told as a result; one that goes beyond the individuals concerned to impart important lessons about how our collective system of government works.

You see – drum roll please – parliament unanimously voted to repeal Part 4A of the Public Health and Disability Act 2000. I know that doesn’t sound very exciting. However, for some people – the family members of profoundly disabled individuals who spend their lives providing their loved ones with care and protection – it is a really big deal. And for the rest of us, it represents one of those moments when we can see why political activism of all kinds actually matters.

When passed in 2013, Part 4A authorised payments to family members who provide the same work as private carers when looking after disabled individuals. This was A Very Good Thing, which family carers had struggled for years to wrest from governments of all hues. However, Part 4A also said that both the Human Rights Commission and the courts were prohibited from examining whether any payment regime was unlawfully discriminatory.

In short, the government could choose what it would pay family carers and how to pay it. And if the government then acted in a blatantly discriminatory fashion by paying family carers far less than private carers – as it went on to do – there was no way to challenge this action’s lawfulness. The government, in other words, effectively sought to put itself beyond the law’s reach.

When I first noted Part 4A’s passage onto our statute books here, and then revisited it here, in typically restrained fashion, I opined that: “This law’s enactment was one of the most constitutionally outrageous actions in recent times. The fact it still remains on the books shames us as a society.” (For those seeking more sober analysis, an extensive (and nuanced) account can be found in Owen Wilkinson’s excellent LLB honours thesis on the issue.)

And now, finally, this provision is history. That doesn’t mean that there are no current problems with how family carers are paid. Those involved in such caring say that there are. But what it does mean is that such problems can be taken to the Human Rights Commission, and the courts thereafter, for proper scrutiny. Family carers now have the same right to the law’s effective protection as every-one else in society.

For a group that faces daily challenges most of us could never imagine, such protection matters. And winning back the right to the law’s protection has been a long and hard struggle, in which many people have played a role.

Most importantly, there were those family carers and disabled individuals directly affected by the government’s actions, who never accepted that this was “just how things would have to be”. Forced to battle through the courts again and again, the basic justice of their claim won through every time: “We are doing work that the government would otherwise have to pay others to do, so why is the value of that work not recognised?” And then, when the government sought to close down the court route (because it kept losing), they refused to just go away and be happy with what they had.

Beside them stood their allies in parliament, who persevered in calling for change even after the government “fixed” the issue in 2013 (a special shout out to former Green Party MP, Catherine Delahunty, who long championed the cause of family carers). As well as those in the media who persistently brought the family carers’ experience to a wider audience. Next time you feel minded to hate on journalists, remember this – without the media you would not be reading this story, and the family carers would have been reduced to putting up Facebook posts about their plight that you probably would never have seen. And there their story likely would have ended.

Finally, there’s something for us all to learn here. For the family carers’ saga reveals a lot about how our collective system of government works. At its heart, their claim was one of law and justice – that how they were being treated simply was not right and the law should reflect this fact. The courts recognised this truth and affirmed that the government was acting unlawfully by refusing to pay them for their work.

Then parliament stepped in to say that, while the government could pay family carers something, the courts were then to stop adjudicating the issue. The government should be free to do what it thinks right, with what it thinks right no longer to be second-guessed by the judiciary. Of course, our parliament can do this. It is our sovereign lawmaker (and the thump you just heard was the heads of hundreds of University of Otago Public Law students past and present hitting the table).

However, what parliament has said can always be unsaid. The corollary of leaving the last word on our law with political decision-makers is that politicians can change their minds. Which is what we’ve seen happening over the last seven years as pressure was continuously placed on parliament to revisit what it had done. Until things reached the point where all MPs, including those from the National Party that passed the original law, accepted that it was wrong. And so, it is no longer.

None of this is easy. None of this is quick. But it is, for better or worse, how we as a society make our collective decisions about how our shared world is going to be. Sometimes it doesn’t work very well. Sometimes, however, it does. And for family carers, last Wednesday (or, still-Tuesday in parliament’s weird world) made things just that little bit better.