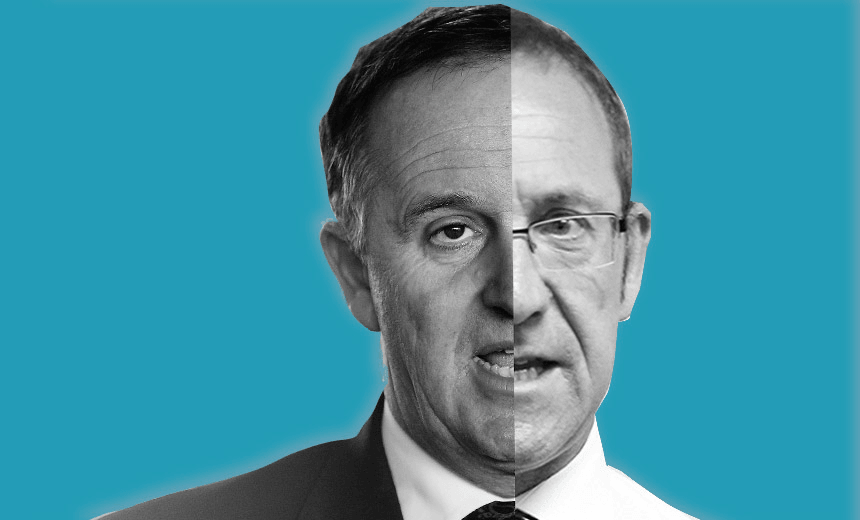 We designed a quiz to test whether you can tell the difference between the Prime Minister of nine years ago and the Labour leader of today. It’s improbably difficult.

It’s the End Times in the Auckland housing market. An average house is worth 10 times the average household income. Only four percent of sales are “affordable”. A small accumulation of empty smoothie cups in the Herne Bay dirt would have a higher net worth than most young people.

A lot of politicians don’t care. They murmur placating words and occasionally throw money in the general direction of the problem. But when someone suggests an actual solution, like trying to drop house prices from catastrophic to merely eye-watering levels, they rend their robes in horror.

Luckily one National Party politician is willing to confront this issue head-on. While his leader stubbornly continues to refer to Auckland’s housing market as a “challenge”, this MP refuses to understate the problem: “We are facing a severe home affordability and ownership crisis,” he says. “The crisis has reached dangerous levels in recent years and looks set to get worse.”

And while the Prime Minister advises aspiring homeowners to try searching TradeMe for houseboats, this man refuses to mince words. “This is an issue that should concern all New Zealanders,” he says. “It threatens a fundamental part of our culture, it threatens our communities and, ultimately, it threatens our economy.”

Bernard Hickey recently dug out a speech Key delivered to the New Zealand Contractors Federation on August 21, 2007. The future Prime Minister scarcely resembles the man who recently said young people are deciding not to get houses early because they’re delaying childbirth and marriage. He is bullish on the scale of the problem, and the need to provide big, bold fixes.

The main difference between 2007 and now, is that the average house in Auckland has gone from “very unaffordable” to “literally sell a kidney if you want a deposit”. But in his speech, Key tears into the Government for allowing house prices to spiral out of control. He is angry and hectoring. These days Key hates the words “housing crisis”. But the Circa 2007 version of the Prime Minister bandies them about more than “at the end of the day“.

He sounds almost exactly like Andrew Little does now.

Did the perma-frown-wearing Labour leader snatch the Prime Minister’s body for a brief period nine years ago? Or has Key, when faced with an markedly worse set of circumstances, cynically reformed his language to downplay the slowly spooling and spreading crisis that’s developed on his watch?

One thing is for certain – there’s barely a difference between the two men, nine years apart. To prove it, we put together this quiz. Take it, but know that – just like a first-home buyer – you are doomed before you begin.