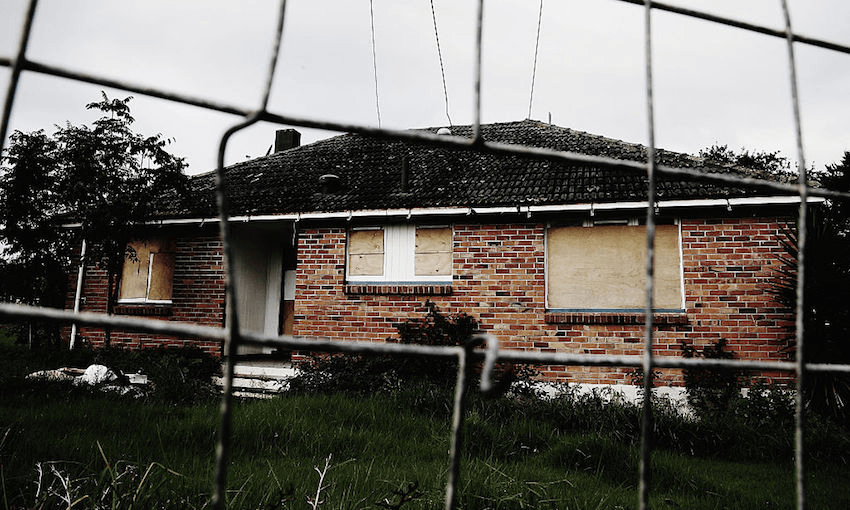 Every year the Salvation Army releases a report assessing areas like child poverty and housing. Here’s how we’re doing in 2020.

When Jacinda Ardern announced Labour’s first Wellbeing Budget in 2019, she emphasised the importance of placing people at the heart of economic decisions. She acknowledged “New Zealand has had strong growth for a number of years” but noted that such growth had occured alongside “some of the highest rates of suicide, unacceptable homelessness and shameful rates of family violence and child poverty.”

Director Lieutenant-Colonel Ian Hutson introduced the findings, noting that it was “heartening to see a ‘people-oriented’ emphasis adopted by economists and the current Government.”

However, “This report indicates that change has not yet taken place to remedy this situation. Not surprising as governments often struggle to make courageous changes when its citizens do little to endorse the changes required.”

The areas of concern outlined in the report have been subject to much public discussion and protest. Oranga Tamariki’s child uplift practices, mainly of Māori children, were widely condemned, and Ardern’s decision to rule out a capital gains tax was applauded by property managers, business owners, and no one else. Not included in the report was the most recent political protest target, the decision to downsize RNZ’s Concert FM.

“This year’s State of the Nation report indicates some positive signs of change for a significant group of whānau in Aotearoa New Zealand who are experiencing distressing poverty; for example, the less punitive approach to beneficiaries is a very encouraging sign,” Hutson wrote. “However, unless the country strongly endorses a more wholehearted effort to tackle the kind of poverty we are seeing in New Zealand, our political leaders are unlikely to demonstrate the courage required to lead this change.”

Ardern acts both as prime minister and minister for children, a role she had openly sought since first entering parliament in 2008. With a vocal goal to “make New Zealand the best country in the world to be a child”. Ardern’s government has increased spending on welfare with around $1.5 billion dollars in spending added to the Families Package. Given how recently those decisions were made, changes the policies may make to poverty statistics won’t be recorded for another year or so. However the steps taken so far have been welcomed by the sector.

In giving a plus sign to the reduction in child poverty, the report noted it was still a small step. “Of most concern is the continuing high level of children in deepest poverty and that their households will not receive enough additional support without further increases in welfare support.”

Employment numbers continued to rise in 2019 and with an increase in the minimum wage, average incomes have also risen “but the distribution of the gains is still limited and not sufficient to reduce overall income inequality.”

Lending from non-bank financial institutions increased a huge 40% from 2014 to 2019. Predatory lenders target low-income families, offering short-term, high interest instant loans that often lead to debt spirals for the customers. In September 2019 the government agreed to include a daily interest rate cap on loans as part of its reform of the Credit Contracts Legislation Amendment Bill. In the past 12 months, lending from non-bank institutions has stabilised after experiencing steep increases in years prior.

Teenage pregnancy rates have fallen every year since 2008 and continue to do so. As a result, abortions among teenagers have also decreased. The decline in teen pregnancies has been credited to young people choosing to delay becoming sexually active, as well as using more effective forms of contraception. But “there is still a need for improved quality and more comprehensive support for young parents that is strengths based and culturally appropriate.”

Offences against children have remained largely at similar levels for the past four years, but concerningly there has been a 40% increase in serious assaults resulting in injury. “The number of other violent offences is not rising, and the number of victims of serious sexual assault is declining,” the report stated. “The negative impact of the increasing injury assaults suggests that we may be losing ground in the attempts to help children to be less at risk of violence.”

Reducing New Zealand’s alarming suicide rates was a key component in the government’s Wellbeing Budget. There was a sharp leap in deaths by suicide in the year to June 2019, with a nearly 50% increase amond 15-19% makes. Māori suicide rates are more than double the whole population rate, and numbers have been increasing across the teenage group as well as the total population since 2016.

“Teen suicide rate has increased sharply this year and is part of a recent increasing trend. This is a signal of real concern for the social and mental wellbeing of young people.”

While cannabis-related drug offences have been prosecuted at declining rates since 2010, prosecutions for methamphetamine offences have increased steadily in the same time period. While the decrease in cannabis prosecutions may be a result of changing social attitudes and police priorities, the dominance of meth in New Zealand has become apparent.

The 2017 election was filled with promises to fix the broken housing market. With a capital gains tax wiped from the table for as long as Ardern is in office, and the collapse of Kiwibuild shortly after, the housing market has remained a massive problem. From the report: “Cities with lower than average house values saw significant house sale price increases in the last year. These cities included Rotorua (11%), Palmerston North (10%), Dunedin (11%) and Invercargill (12%). For those renting, the affordability issues are even more challenging and mixed. Rents in Auckland seem to be stabilising, while rents relative to wages have been gradually increasing since 2009. There is also evidence of growing rental pressure in Kaikohe, Rotorua, Hastings, Upper Hutt and Dunedin.”

The report presents a sense of optimism about small improvements with a strong call to continue the work. As Hutson wrote in his introduction, “The future state of people and communities of Aotearoa New Zealand is in our hands. We have the responsibility as active and engaged citizens to strive for a more equitable nation that enhances and enriches each other’s mana.”