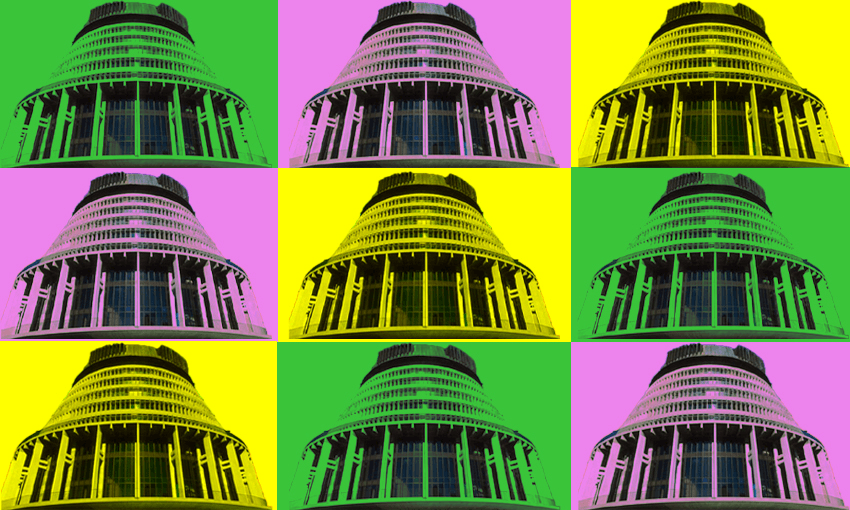 The mojitos are memories and parliament’s bar is back to pulling pints as MPs return to business. Political editor Justin Giovannetti assesses the first week back in Wellington.

Parliament’s first week after a long summer break set a different tone for 2021, dominated by a hectic schedule that bounced between serious and silly, with relatively little mention of Covid-19 or the prime minister.

If you didn’t keep on top of everything at parliament this week, here’s a summary at five big things that happened in the three packed days that followed the Waitangi long weekend.

Changing everything about how we build

If Labour does this right, replacing the Resource Management Act could be one of the most transformational things Jacinda Ardern achieves. Cabinet’s heavyweights now have less than two years to envision, write and pass three massive bills in one of the biggest legislative packages to hit parliament in a generation.

The legislation will change how New Zealanders build just about everything, how the country plans for its future and how it protects the environment.

If you care about house prices, climate change or poverty this is important to you.

But, boy, it can be really dense. Alex Braae put up his hand to write an explainer about RMA changes this week and pretty much immediately regretted it. Thanks Alex.

Doffing the ties in parliament

While the prime minister’s transformational agenda is still a work-in-progress, Māori Party co-leader Rawiri Waititi transformed the house this week in a small but not insignificant way. Waititi got kicked out of the house by speaker Trevor Mallard for wearing a hei-tiki in place of a necktie.

The incident made international news. It would be easy to shrug this off as a dispute around a necktie. It wasn’t. “It’s not about ties, it’s about cultural identity, mate,” Waititi told the speaker as he left the chamber.

In the few months since his election, Waititi has had a few run-ins with Mallard, who commands enormous power in the house.

In his first ever speech to parliament, Waititi promised to be a pebble in the house’s shoe. Late Wednesday night, Mallard blinked and decided to drop the rule around neckties. It’s a not insignificant win for Waititi. Metiria Turei has a good take on why.

The budget is coming, don’t expect anything new

Finance minister Grant Robertson helped a business crowd in Wellington keep their breakfasts down this week, promising them in an early morning speech that the government’s next budget won’t hold any big surprises.

The government is already pivoting back to reducing deficits and debt after Covid-19 spending is a fraction of what was expected. The feared Covid debt bomb isn’t happening in Aotearoa. Instead, spending won’t be increased beyond what was announced last year, which gives the government very little room to do anything new.

Speaking to reporters after Robertson’s speech, Jacinda Ardern promised that she’s still serious about dealing with the housing crisis and climate change. According to the prime minister, she and her ministers can move existing money around to deal with priorities.

If you were expecting Labour to take out a new mortgage to deal with the country’s problems, they’ve quietly offered to use their pocket change instead.

The week started with TVNZ breaking a story that Air New Zealand’s small gas turbine business has a maintenance contract with the Royal Saudi Navy. That navy has been blockading Yemen for over five years, plunging the civil war wracked country nearly into a manmade famine.

The Yemeni war is a confusing conflict that has claimed over 200,000 lives and displaced over three million people. What wasn’t confusing this week was that an airline that carries New Zealand’s flag around the world and is partly-owned by the government had a small role in the war.

Speaking to a parliamentary committee yesterday morning, Air New Zealand’s chief executive apologised and said he wasn’t comfortable with servicing Saudi warships. While Green MP Golriz Ghahraman suggested Air NZ might have committed a criminal act, the airline says it will change its rules to ensure that similar contacts in the future go to the CEO for consideration.

If you’re worried our friends will send a note of diplomatic protest to Wellington after the revelation, don’t. British-trained Saudi officers have been using Canadian armoured vehicles, Australian weapons and American bombs.

Māori wards to be made safe from referendums

Labour is sending a bill through parliament with some urgency that will make it easier for councils to create Māori wards and keep them. Current rules allow 5% of the population to demand a public referendum to block the creation of the wards — this has happened to 22 of the 24 Māori wards proposed over the past two decades. The law does away with the public referendums.

Local government minister Nanaia Mahuta says the law change is needed now and passing the bill with urgency, which limits debate, is necessary to ensure the wards can be created for 2022 municipal elections.

National has opposed the law, with Christopher Luxon saying that the change is “central government running roughshod over Kiwis democratic rights”. The opposition says locals should continue to have the right to block the wards, as they’ve done in 92% of recent attempts.

What’s the deal with Māori wards? Florence Dean and Andrew Geddis have you covered.

Here’s five more things of note that happened this week: