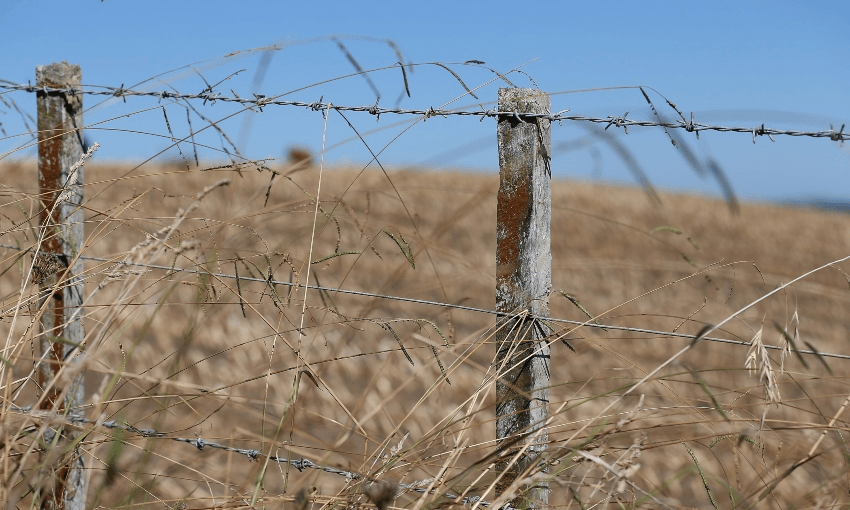 Human induced climate change has increased the risk of both droughts and floods. (Photo by Sandra Mu/Getty Images)

James Shaw: For decades, politicians have failed on climate. Now we face our last chance

By James Shaw
Guest writer
Made possible by

Human induced climate change has increased the risk of both droughts and floods. (Photo by Sandra Mu/Getty Images)
Opinion

This week’s IPCC report could not be more stark. My own reaction is not despondency, but determination, writes climate change minister James Shaw.

There are no excuses now. No time for half-measures. No room for marginal improvements. This is it. Time to accelerate efforts; to meet the scale of the climate crisis with the urgency it demands.

The release on Monday of the first part of the Intergovernmental Panel on Climate Change’s sixth assessment report, which provides the latest scientific evidence on the climate crisis, makes for sobering reading. It confirms what we have known for decades and crystallises as fact that human activity has warmed the atmosphere, ocean and land to an unprecedented degree.

The world’s leading scientists also dispel any notion that the consequences of climate change are something abstract or distant. Extreme weather events are happening across the world on a near daily basis, at least in part, because of climate change. From wildfires on the west coast of the United States, and in Australia – which burned through 46 million acres and killed more than a billion animals – to devastating floods in Europe, China, and those at home here in Aotearoa; to heatwaves in places as diverse and distant from one another as the Middle East, Siberia and Canada.

Events that had previously seemed unthinkable, even only a few years ago, are now happening at a pace and intensity we have never experienced before. Floods of the century now average once a decade. Scorching summer droughts threaten communities all over the world. Sea-level rise threatens to swallow entire Pacific Island communities, and with it people’s livelihoods and ability to provide for their families. And without action, the worst may be yet to come.

The IPCC confirms that temperatures today are 1.1 degrees warmer than they were before the industrial revolution. On any given day, such variation is barely worth a change of clothes, but these small increments matter in the long term. Every hundredth of a degree increase in global warming affects the planet’s entire climate system. Air that is just a fraction of a degree warmer holds more water vapour, and heavy downpours increase. Warmer seas leads to more severe storms; ecosystems begin a slow slide towards collapse; and species find it harder to survive. Of course, these effects are not felt evenly around the globe. Poorer countries are those that will be hit the hardest.

Here in Aotearoa, the IPCC says we are likely to experience more frequent flooding in the south, and drought and fires in the north. We have already seen some of this unfold. Earlier this year, Westport was devastated by flooding, while last year Northland was hit by prolonged drought. The report also makes clear that agriculture, so obviously dependent on a stable climate, may start to see production, quality and yield drop off.

One of the more discomforting conclusions of the IPCC’s report is that some of these climate impacts may now be unavoidable. The inertia in the climate system is such that what we are experiencing today has been driven by greenhouse gas emitted decades ago. These greenhouse gases hang around in the atmosphere trapping heat for decades after they are released. In other words, even if we stopped emitting tomorrow, the climate would continue to change.

And we’ve known this would happen for a long time. Back in 1988, a Nasa scientist called James Hansen told a United States Senate committee that “the greenhouse effect has been detected and is changing our climate now”. Had this warning been heeded at any point in the last three decades, the world would be in a very different place. We’d be better off in numerous ways. But, as this week’s report makes clear, that is not what happened.

And here’s the worst of it: in the three decades since Hansen put global warming squarely on the political agenda, roughly as much climate pollution has been emitted as from the start of the Industrial Revolution up to that point. Politicians all over the world knew what was unfolding. Hundreds, both at the time and since, had a chance to stop it. But they didn’t. And so, now it falls to us. And there is time.

One of my main takeaways from the IPCC report is that understanding what may be yet to come doesn’t make it a foregone conclusion. Among the dire warnings is an optimistic note that it’s not too late to make a difference. That is, if we can build on the progress we have made in government, if business can step up and take urgent and collective action, and towns and cities, regions and local communities can work together, then we have a decent chance of avoiding the worst effects of climate change. Which explains why my own reaction to this report was not despondency, rather a determination to find solutions.

The way I look at is that the IPPC has presented us with a choice: either commit to taking action that will protect ourselves and future generations, while creating a much better world for us all. Or allow emissions to rise and accelerate the pace of the planet’s warming, leading to more extreme weather events like those we have seen recently in Aotearoa and around the world. It is no exaggeration to say that what we do between now and 2030 – especially the decisions we take in the next two years – will determine quality of life for our children and grandchildren.

Those of us in decision-making positions are in power at the last possible moment before the window of opportunity for change closes, maybe forever. And with the evidence now crystal clear, we have been given the chance to do better. To address past mistakes, and build a genuinely low carbon future.

A future where our economy and everyday tasks are powered by clean, renewable energy. Where there is cleaner air to breathe; cars charged overnight by renewables; homes heated by the power of the sun, and kept warm by insulation; lower energy bills, so there is more money in people’s pockets to enjoy what they love.

Back in 2018, the IPCC released another game-changing report. This time setting out what was needed globally to limit temperature increases to 1.5 degrees – a limit that is acknowledged the world over as the best chance we have of avoiding climate crisis. The report was published during discussions on our Zero Carbon Act and, ultimately, led to Aotearoa becoming one of the first countries to put the 1.5 degree warming threshold into law. I am looking across government to see that this IPCC report has a similar impact. Because though the window of opportunity closing, this is not over yet.

Right now, ministers and agencies are currently discussing what action they will take to bring down emissions in their sector. This will form the basis of an Emissions Reduction Plan that will be published before the end of the year. It is a plan that will need to set the direction for climate action for the next 15 years and require action across a range of areas, including energy, transport, waste, agriculture, construction and financial services. Ministers are also discussing how to make good on the government’s promise to increase our contribution to the Paris Agreement.

The timing of the IPCC report is such that, before any decisions are made we have the chance to review progress so far, and make sure the actions we are committing to will cut emissions in line with what the latest science requires. We can now see beyond doubt that this science has been right all along. But there is no consolation in being right, rather it’s how we respond that matters. If Covid has taught us anything, it’s that good governments taking decisions rooted in science can make a huge difference to people’s lives. We owe it to future generations to take the same approach to climate change.