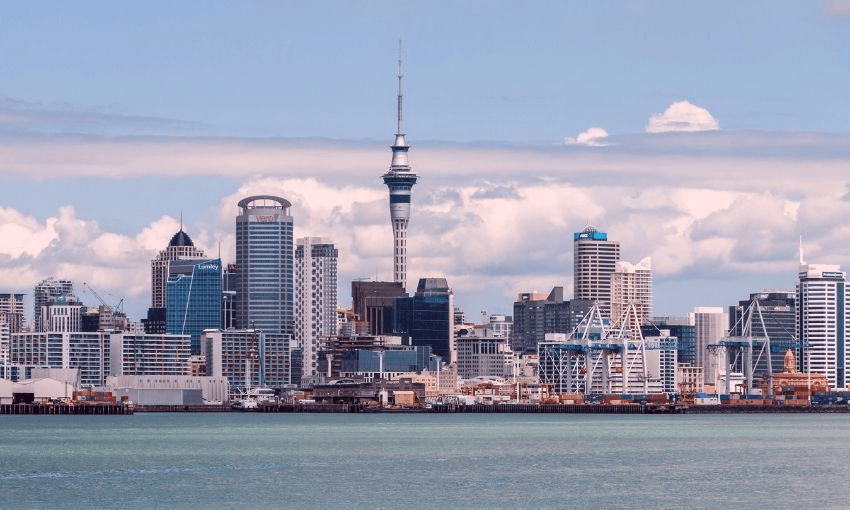 Yesterday Auckland Council joined counterparts in Canterbury, Kāpiti and Nelson in unanimously declaring a climate emergency. The resolution has little power on its own, but demands action to meet the strength of its language. At a national level, defence minister Ron Mark admitted this week that much of the $20 billion in upgrades the defence force is receiving will be used to combat the effects of climate change in the South Pacific. Yet while central government acknowledges a global climate emergency, regional centres like Auckland are hamstrung by laws which can make its consideration difficult or impossible.

For example, under current legislation, the Environmental Protection Authority can’t consider objections to marine drilling based on climate change. The Resource Management Act specifically mentions climate change, but suggests councils adapt to it instead of preventing it.

“It definitely causes problems,” said Penny Hulse, chair of Auckland council’s environment and community committee. “There are some projects we’re not able to prevent going forward.” In Auckland, there’s concern at the council surrounding future flooding, but there’s currently little it can do to prevent further erosion as this would count as addressing a source, not an effect, of climate change.

Siddhartha Mehta of youth-led climate change organisation Generation Zero agrees the RMA is a roadblock to progress. “The rule structure within the council is getting in the way of them doing more,” he said.

With a small amendment, the RMA could give more power to councils. By adding a clause that authorities consider the future impact of using a resource like oil or gas, councils would have the power to reject projects which are likely to worsen the climate crisis. At the moment, it’s difficult for a council to refuse drilling and mining companies permits, because they don’t have clear legislation to fall back on.

One amendment Generation Zero recommends is to the Public Finances Act. “That could be changed to incorporate contracting that considers emissions effects,” said Mehta. “So whatever you’re contracting out for, they consider future emissions. That’s a good way to change the rules so policymakers within the council start acting differently.”

The recently-introduced Zero Carbon Bill could be a changemaker. A new section, 5ZK, allows the 2050 target and emissions budgets to influence broader government decision making. If passed, this will factor into future policy and permit decisions, empowering Auckland Council to make more environmentally-friendly choices in the future.

While other cities around the country have declared a climate emergency, Auckland has the potential to make the biggest difference. “As a large urban centre, if this city can’t get it right then it’s pretty dire,” said Mehta.

Even without amendments to the RMA, there’s still meaningful action Auckland Council can take. “They’ve created a public mandate for an emergency, but they need to create the policy mandate within their councils as well and drive that ahead,” said Mehta. “That means pulling forward the timeline on things like public transport funding, different access modes, and urban planning – we’re still building suburbs out on the fringe of the city that are car-dependent!”

Hulse agreed it was frustrating how little the council could do. “I’ve been working in this area for 30 years, and it’s been difficult at times,” she said. “But I think at the moment, most of the time, central government is doing what they can.” One of her priorities at the moment is pulling forward timelines for alternative energy transport options like electric busses.

Both are concerned with acting on the climate emergency in a way that considers locals first. “It would be great for the government to work together with each region to implement change properly,” said Hulse. Mehta agreed that it’s a more complex issue than can be met by sweeping national policies. “We don’t want the haste implied by the emergency to cause the council to act in a way that bypasses any necessary consultations with stakeholder groups, especially with tangata whenua and with already-marginalised lower-income households who might already be prone to climate risks,” he said.

“We need to act with speed, but also centre it with justice.”

There’s a political space opening up for those who want climate change to be taken into consideration by local government far more frequently than is currently the case. “I’m hopeful,” said Hulse. “Our ten-year plan will be a first for the country.” The ten-year plan she’s referring to is the 2021-2031 budget plan, which will use climate and environment as a cornerstone of its decision-making. “It will be transformative for the city.”