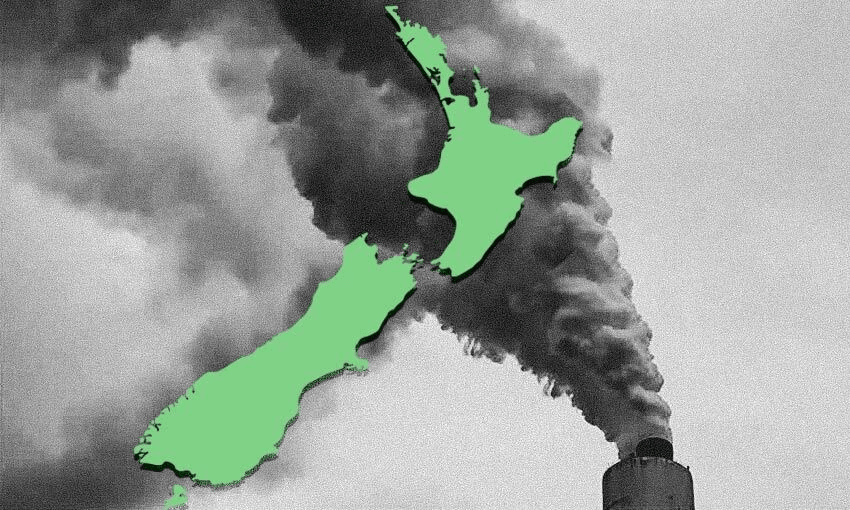 By Richard Wagstaff
Guest writer
Made possible by

This week’s discussion document on New Zealand’s emissions reduction plan sets a low bar, then fails to clear it, argues Richard Wagstaff, president of the Council of Trade Unions.

When the prime minister declared that acting on climate change was our generation’s nuclear free moment, she struck a chord with New Zealanders.

Most of us are rightly proud of our stand against nuclear weapons and remember the decisive leadership that prime minister David Lange showed in that moment.

By choosing that historical comparison, Jacinda Ardern connected to a sense of hope that New Zealand could show global leadership on climate action. That we could make a difference in the face of the seemingly overwhelming threat that climate change poses to our way of life, just as we previously made a difference in standing against nuclear weapons.

The Council of Trade Unions has welcomed Ardern’s commitment to act on climate change and have been reassured by her government’s promise of a just transition to a low emissions economy.

The discussion document on the emissions reduction plan released this week is the first stage in the government’s response to the Climate Change Commission’s advice. It does two things:

First, it confirms the government’s overall policy direction on reducing emissions. This includes a welcome signal of intent to adopt carbon emissions budgets that are in line with the commission’s advice.

Second, the discussion document is a chance for ministers and their officials to showcase their detailed proposals on how they would deliver the emissions reductions needed, and make good on the promise of a just transition. On this measure, the document falls short. It shows a gap between the government’s aspiration for a just transition to low emissions and the current state of the plans for delivery.

The report unveils a first proposed carbon budget for 2022 to 2025 of 73 megatonne equivalent of carbon dioxide (MtCO2e) a year. This compares to recent emission levels of 79 Mt in 2018. A quick calculation shows that across the first four-year budget this would require 24 Mt of emission reductions.

Remarkably, the consultation document claims that only 7.7 Mt of reductions are needed over the period to 2025. This claim is hard to test, as it is only supported by a footnote:

“This figure is officials’ current best estimate based on latest projections and other information, including assuming the Marsden Point oil refinery converts to an import only terminal as expected around 2022.”

Closing the Marsden refinery would not reduce global emissions, but only shift those emissions outside New Zealand’s borders, at the cost of local jobs. This is not an environmentally or economically sustainable approach to emission reductions.

Having set the low bar of 7.7 MtCO2e emission reductions for 2022-25, the document then fails to clear it, proposing only between 2.6 and 5.6 Mt in reductions. Of the 76 “strategies and policies” set out in the report, there are more proposals relating to fluorinated gases (2.5% of emissions) than there are relating to agriculture (48% of emissions).

The document commits to a Tiriti-based partnership with Māori, but with little detail on how this engagement will be meaningful. It also makes inadequate reference to working with Pacific communities.

The section of the document on an “equitable transitions strategy” falls short of the Climate Change Commission’s advice and the government’s public commitments to lead a just transition that involves working people and their unions. While there are mentions of equity, distributional effects, and employment effects, these are not quantified and there is little in the way of plans to improve outcomes. It proposes developing an equitable transition strategy by 2025 – too late to meet working people’s need for engagement and support from the beginning of the process. Action on this needs to start today.

The just transition approach and strategy will need to evolve, but it should do so on the foundation of partnership with working people, employers, Māori, Pacific people and other affected communities.

Unions as the organised voice of working people have already begun engaging with our members on what a just transition looks like. We’ve used this to inform our proposals to the government and our discussions with employers. We’ve said that the most immediate requirements for a just transition are good engagement with working people and communities; active employment and training support through transition; and developing criteria for further investment that will support good employment outcomes and community wellbeing.

Government action is essential for climate action. To make a just transition, we need a capable and engaged state. We need a public sector that takes a lead on decarbonisation and provides the essential services that communities in transition need to support their wellbeing.

We know that government at the highest levels is committed to climate action and a just transition. Now we need a plan that matches those commitments.