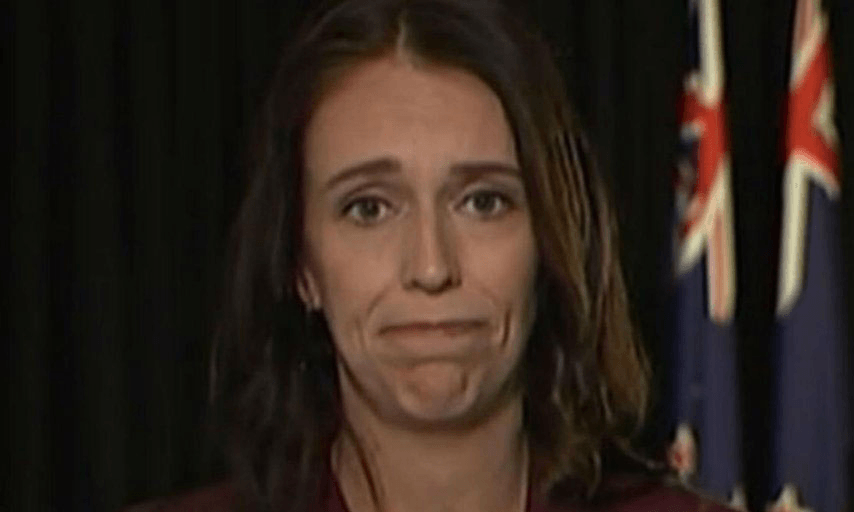 Let’s do this? A horror week for the Labour government

With scandals, obfuscation and increasing pressure from both opposition and party faithful, this has been Jacinda Ardern’s worst week yet.

On Monday it was revealed four young Labour supporters were sexually assaulted at a boozy party at their annual youth camp. Labour General Secretary Andrew Kirton proceeded to stuff both feet into his mouth, claiming Labour had done right by the victims, opting to go for a ‘victim-led’ response as recommended by a charity. This meant that nobody informed their parents, and a police complaint was left up to the victims.

Oh, and Kirton also made the call not to inform the prime minister until the media was banging down his door for comment.

“We handled this very, very badly as a party,” Prime Minister Ardern said, presumably before giving Kirton and other Labour staffers a serious jandal behind the scenes.

Footage has emerged of the drunken political neophytes, but as Alex Braae wrote in yesterday’s Bulletin, “such a focus on alcohol shows how the story has developed over the week, but perhaps obscures what it was originally about – sexual harassment and assault.”

Somehow Kirton still has his job, but pressure will surely mount following the most “comprehensive review of a political party ever seen,” as he called it.

Elsewhere, in his role as foreign minister, Winston Peters went full /r/the_Donald, maintaining there was no clear evidence that Russia was responsible for shooting down Malaysian Airlines Flight 17, nor that there were anything more than allegations Russia interfered in the 2016 US presidential elections.

He was also Trumpish in his refusal to tautoko Britain’s call for reprisals for the attempted assassination of a former Russian spy and his daughter beyond acknowledging the source of the nerve agent. Considering New Zealand is a member of the Five Eyes Intelligence network, meaning we have access to top-level British intelligence, it’s a strange position to take.

Individually these are mostly stupid things to say, but together they’re a reflection of the great importance Peters puts on a free trade agreement with Russia.

“In fact it’s New Zealand First’s and my complaint that the countries we deal with apply tariffs against us whilst we’re giving them total and unfettered access to our country. It’s simply not fair.”

In other diplomatic tweet related news, a high-ranking New Zealand diplomat in the US posited on Twitter that “we will all die” if the Democrat party doesn’t get its “shit together”. Winston Peters said he was aware of the tweet and was confident it was being dealt with appropriately, while the rest of the world’s media just went “LOL she’s got a point”.

Speaking of New Zealand First, Defence Minister Ron Mark is being accused of using NZDF flights as his own personal taxi service. Despite calling them “unreliable money guzzlers” just last year, Mark has taken three flights using Air Force NH90 helicopters at a cost of $14,358 an hour, as well as a B200 King Air plane, to boost in and out of NZDF events in Masterton – near where he lives.

Failed National leadership candidate and defence spokesperson Mark Mitchell called him out, noting there’s no airbase in Masterton and thus no reason for NZDF aircraft to be there, and Mark essentially responded with “I know you are, but what am I?”

“I guess that’s what happens when you go to opposition and you were a useless minister of defence in the first place,” Mark said.

“What I will do is run a benchmark across all use of military aircraft over the last 10 years, and I’m already receiving messages that actually there’s some interesting stuff in there.

“Let’s put it out in the media, and let’s hope Mr Mitchell isn’t embarrassed.”

It’s all a bit embarrassing though, isn’t it? Because Mark isn’t the only MP under scrutiny for burning the taxpayer dime: Building and Ethnic Communities Minister Jenny Salesa racked up more than 30 grand in the first three months of the government, eclipsing even Prime Minster Ardern by almost $3000.

Prime Minister Ardern blamed a lack of ministerial cars, meaning Salesa was using contractors to get around. “They charged out at a higher rate. She now has an acute awareness of that and is taking steps to try to make sure it doesn’t happen again.”

Russell Norman, Greenpeace executive director and former parliament guy, put the focus close to home, saying the Pacific is on the frontlines of climate change.

“We must act swiftly to do our part in the global fight to slow down and mitigate the effects we’re already experiencing.”

Which is true, but the government have ambitious plans around housing and infrastructure, as well as the eventual changes to tax in this country, and someone’s got to foot the bill. Ardern will need to navigate the demands of the Green Party and their supporters, her obligations to people in the Pacific, the regional development prioritised by New Zealand First, and an opposition that will use any screw-ups like MRSA uses antibiotics.

All that and a there’s still a day to go. Let’s do this?