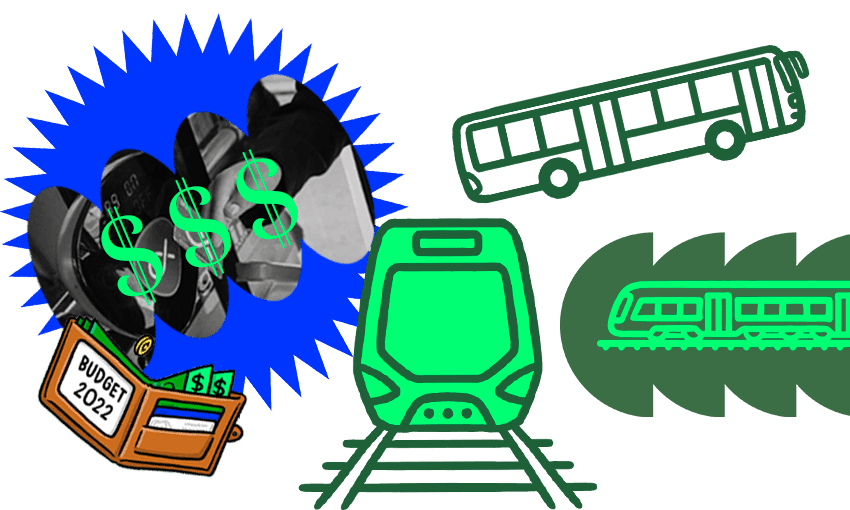 By Axel Downard-Wilke
Guest writer
Made possible by

Budget 2022: Yes, it’s been a much-needed shot in the arm for flagging passenger numbers, but it’s not a clever long-term solution, argues Axel Downard-Wilke.

Half-price public transport fares arrived on April 1 and bus and train users are as enthusiastic about it as local body politicians. Sure, nobody looks a gift-horse in the mouth, but does the measure make good sense? When announced by the government, the reason given was to “make a real difference to hard-working families currently struggling with rising costs”. Very commendable.

But what if you aren’t struggling? Most public transport journeys are to city centres, which happens to be where many of the high-paying jobs are. When Julie Anne Genter was associate minister of transport, she championed a scheme that would see fare reductions for Community Services Card holders. It takes time to set this up but that is where our efforts should go, as this supports those who are in need. We may also want to offer concessions to students and family groups, or make off-peak travel – when demand is much lower – more attractive, but lower fares across the board are nonsensical.

There’s talk about making half-price fares permanent, and this requires a broader assessment. After agriculture, transport is the second-highest contributor to greenhouse gas emissions. The growth in transport emissions is staggering, with a near doubling from 1990 to 2019. In cities, transport accounts for half the emissions. We need to reduce transport emissions drastically and fast. Surely, cheaper fares will help with that, won’t they? Wellington is reporting a third more patronage during April compared to March while Auckland experienced 50% growth. However, during April the traffic light system also changed from red to orange, which would also have increased patronage. Increased patronage is a positive development but we need to remember that patronage is still way down compared to the pre-Covid world. The fare reduction was a much-needed shot in the arm to revive passenger numbers. But there are various reasons why it’s not a clever long-term solution.

Studies have repeatedly shown that what’s important to public transport users is reliability, then travel time, and then (much lower down) value for money. Auckland has concentrated on the first two measures for the last decade with great success, achieving sustained growth pre-Covid that attracted international attention. Money we spend on cheaper fares is not available for making trips more reliable or faster, and if we aren’t focusing on the most important things, we are missing out on potential. Creating reliability through providing bus lanes is a hugely expensive exercise, but it doesn’t have to be like that, as is explained on the Greater Auckland blog. It’s just that we have so far been choosing to maintain the existing capacity for driving. If we want to achieve a move from cars to public transport, we need to reduce the capacity for cars.

Making public transport more attractive is important. In my view, not to entice more people to use it (you may call it a “pull mechanism”), but for us to have a chance to focus on what is really needed: making driving less attractive (which we may call a “push mechanism”). This will only be politically acceptable if there are good alternatives available. The chart below, which shows that nearly all of our travel is by car/van, indicates that the key mechanism for change is reducing driving.

So how do we reduce driving? A lot of it comes from making driving less attractive than the alternatives. For example, building bus priority lanes or completely separated busways allows buses to bypass the congestion of other traffic, especially in peak hours. Reducing speed limits and introducing local area traffic management restrictions to neighbourhoods can also make them less appealing for rat-running by drivers, while also making them a more attractive quieter route for people walking and biking.

Relative costs are another tool to consider here. Rising petrol prices are certainly making people reconsider their driving choices, with the current government reduction in fuel taxes pulling the other way. Other mechanisms that can also affect people’s driving decisions include introducing congestion charges (currently being considered in some major urban areas) and ensuring widespread introduction (or raising) of parking charges. All of these little hits to the wallet will suddenly make options like biking and busing look more appealing.

Of course, walking, biking and public transport will only look more appealing to many if they have been enhanced into safe and viable options. On that front, the best use of transport funds may be in providing more frequent and reliable public transport services and in providing more connected and safe active mode networks (eg separated cycleways, protected crossings). A more holistic approach needs to be taken to combine alternative travel modes, such as safe walk/cycle routes to public transport stops and stations and providing easy and consistent carriage of cycles on buses and trains. Beyond that, helping those who are struggling financially by offering them lower fares is the right way to go. Half-price fares for all is not.