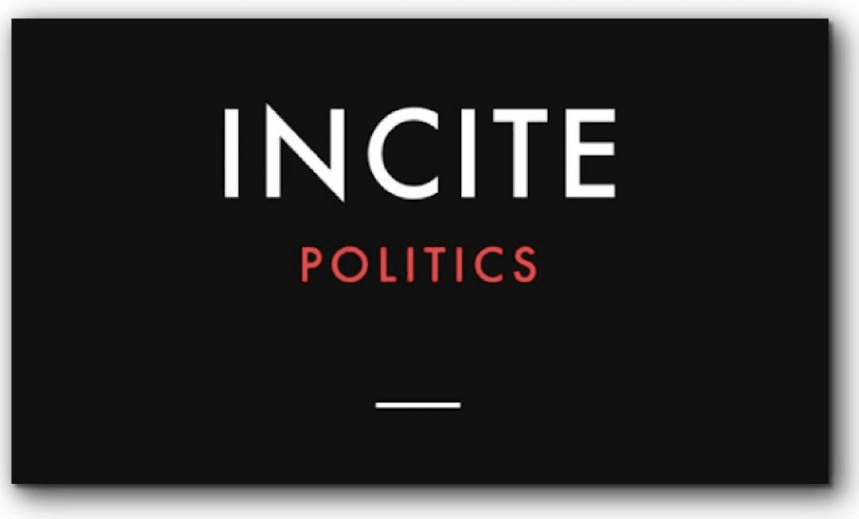 Politics: Why You Need Incite in Your Life – a Review of Cameron Slater’s $35 Monthly Newsletter

Did you know the key to winning in politics is having enough votes in Parliament to form a government after the election? If not, Danyl Mclauchlan has found just the publication for you.

It’s Christmas. The political year is over. Parliament has risen. The festive season has begun: work parties, family holidays, barbecues, long car rides, sunburned days at the beach, rainy days inside reading novels or playing board games with the kids all beckon. But if you don’t have joy, or family or friends in your life then there is another option. INCITE: Politics Monthly, the new exclusive premium content political newsletter edited by Cameron Slater and Simon Lusk launches this week, for some reason.

It promises “a practical, dispassionate analysis of politics” and “a brutal explanation of the numbers required to become government”, with contributions from “across the political spectrum” including lobbyist Carrick Graham, lobbyist Matthew Hooton, National Party pollster David Farrar, National Party campaign manager Simon Lusk, and many others.

Finally there’s a way to find out what people like Cameron Slater and David Farrar think that doesn’t involve reading their political commentary on their blogs, or Twitter, or Facebook, or listening to them on the radio, all for free. Now for the low price of $35 a month you can access a newsletter filled with their opinions. But do you, personally need INCITE: Politics? Read on, and let’s find out.

The first column is by National Party pollster and blogger David Farrar (it is very tempting to cut-and-paste the entire column here and write “Indeed” at the bottom). His company Curia has polled New Zealand on which major party leader is more popular: John Key or Andrew Little. Can you guess the answer? If not, then INCITE: Politics might just be for you.

Simon Lusk and Cameron Slater both offer commentary on Farrar’s polling. Lusk’s expertise as a political campaign manager tells him that being incredibly unpopular will hurt Andrew Little’s chances in the election. Slater reckons that Little needs to be less unpopular or he’ll lose (for only $35 a month you could dazzle your friends and workmates with these exclusive snippets of premium expert analysis).

This leads nicely into the next section: an interview with Winston Peters. The hard men of INCITE: Politics are not afraid to hold his feet to the fire with questions like: “Why does New Zealand’s media get so much wrong so often?” and (I swear I am not making these up) “Why do parliamentarians no longer have the intellectual heft they had when you entered parliament?”

INCITE: Politics then declares Winston Peters their Politician of the Year on the back of his victory in the Northland by-election, explaining:

Politics comes down to one very basic thing. Winning and losing. It is often a zero sum game, where you either win or you lose.

Next up: a column about the state of the New Zealand media from practical, dispassionate analyst Cameron Slater. The media are a political party, he reckons, and Dirty Politics was a prime example of this. Fortunately the “lone voice” and “voice of the people” who was ruthlessly targeted by the media party has not been silenced. It goes on like this for many hundreds of words.

Political journalists: which are rubbish and evil and which are hard-working and “check with sources”? INCITE is not afraid to say in this new section that rates political journalists and commentators. I kind of doubt reporters like Tracy Watkins and Stacy Kirk at Fairfax and Claire Trevett at the Herald will appreciate being openly praised by Cameron Slater for checking their facts with “the right sources”, but there it is.

Happily, few of our political journalists live up to Slater’s exacting standards. Most are dismissed as biased or inaccurate. Much is made of Rachel Smalley’s “desperate stupidity” for mixing up Kevlar (a bullet proof vest) with Kepler (an astronomer). Which seems a bit overblown: mistakes like this are easy to make as Slater demonstrates by spelling Kepler’s name incorrectly. Also, I’m not a well-informed political insider like the authors of INCITE: Politics but I do have access to Google, which revealed that several of the journalists rated by Slater no longer work where INCITE’s crack team think they do, or in the press gallery, or even in this country.

We’re up to page 17. How many pages are there? Twenty-six? Good god. Best push onwards. Tobacco and junk-food lobbyist Carrick Graham writes a column called “The Grey Economy” which argues that public health advocacy is a threat to democracy. Page 18: a column by Cameron Slater wondering “Why don’t our politicians learn how to convincingly win time after time from our world champions the All Blacks?” which – full disclosure – I just could not be fucked reading. Then there’s a cartoon that suggests Labour leader Andrew Little does not have a brain.

Willie Jackson writes about Maori politics. This might even be interesting; it’s hard to say because twenty-pages of INCITE have destroyed any interest I ever had in reading political commentary. Simon Lusk writes about what’s required to become the leader of Labour or National, and then to become Prime Minister. You have to win a leadership contest, Lusk explains, and then, once leader, win a general election, which he concedes is a bit harder. That is literally the point of Lusk’s column.

Almost there now. Just a column from disgraced former ACT MP David Garrett, who reckons we still have a sex-offender friendly justice system, which is true, I guess, if you’re talking about the Roastbusters scandal, which Garrett isn’t.

INCITE: Politics‘ local government politician of the year is Celia Wade-Brown. I blinked a bit, then kept reading.

Next the “Dirty Rat” section: this is the gossip segment where INCITE: Politics dishes the dirt that the mainstream media are too scared to print. Representative sample: “Which male MP likes to drink cocktails with umbrellas?”

Reviews. THE FINAL SECTION! Slater and Lusk recommend books, websites and podcasts. If you’re interested in politics but didn’t know Barack Obama’s speechwriter and campaign manager can provide valuable insights or that Nate Silver, arguably the most famous political analyst in the world has an equally famous website then INCITE: Politics is definitely worth the $35 monthly investment.

But if you’ve heard of Nate Silver, and already know enough about politics to grasp Simon Lusk’s secret wisdom that the best way to win an election is to win, you might still wonder if a newsletter by a bunch of highly partisan pundits who have loudly announced their vendettas and agendas in public for many, many years might have many new and fascinating things to say in their premium exclusive newsletter. If so then subscribe to INCITE: Politics Monthly now. The answer may surprise you.