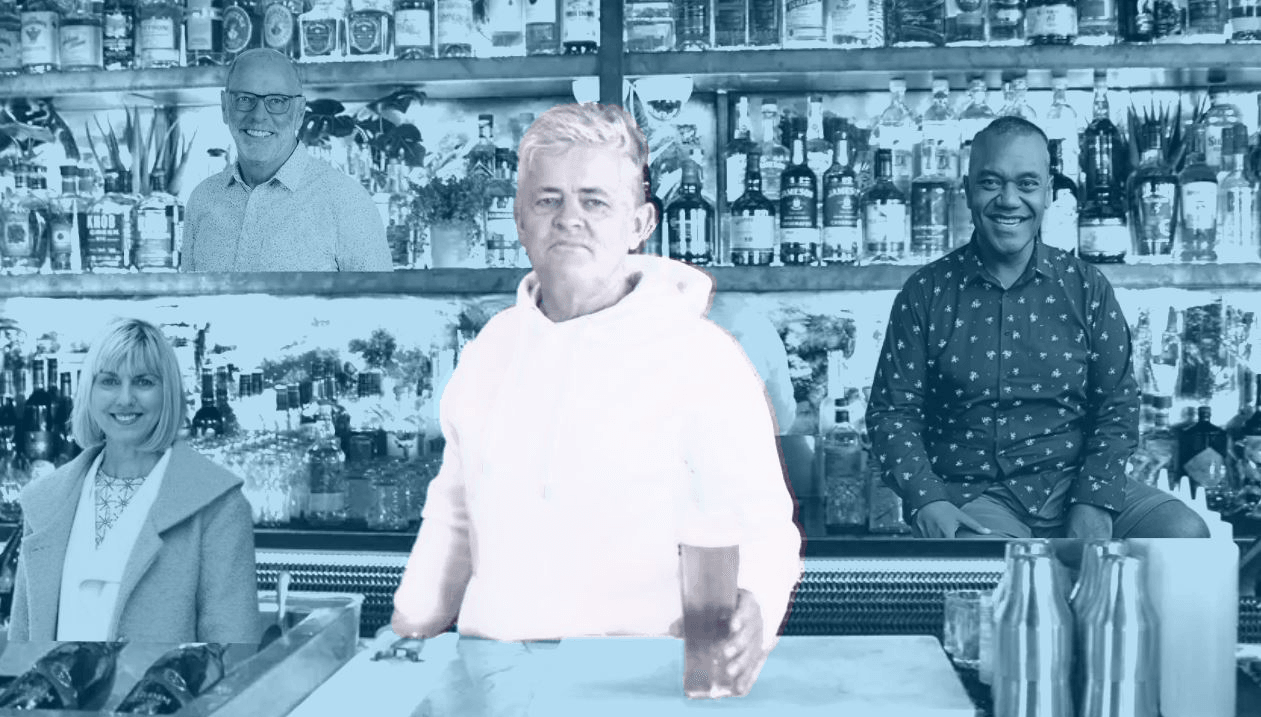 The top four candidates to succeed Phil Goff are separated by just 1.6 points, with more than half respondents selecting ‘undecided’. At his campaign HQ launch, Molloy celebrated the open field, courting fresh controversy by saying of Efeso Collins, ‘He’d look beautiful mounted on that wall.’

Any prospect of a stroll to the mayoralty for Efeso Collins has been put to bed by a new poll – the first to be publicly released – that shows the Labour-endorsed candidate and Leo Molloy neck and neck in a field of four that all sit within the margin of error.

A loquacious jockey-turned-hospitality-owner, Molloy registered 21.7% in the survey, conducted by the reputable pollster Curia, as revealed in the NZ Herald. That puts him precisely on par with Manukau councillor Efeso Collins, who had been expected to lead the field. Viv Beck, who is tipped to win the formal backing of the centre-right C&R group, registered 20.5%, while Wayne Brown, the former Far North mayor who has had a relatively low profile in the early stages of the contest, is on 20.1%. Craig Lord scored 16%.

Commissioned by the Taxpayers’ Union affiliate the Ratepayers’ Alliance, the poll of 500 Auckland residents presented a list of options that excluded Gary Brown, Ted Johnston, John Lehmann and Michael Morris.

No candidate could come close, however, to the “undecided” response, which was not mentioned in the original reporting of the poll. More than half – 53% – said they were undecided, despite being encouraged to select one of the five options “even if not entirely decided”. When the undecided figure is included, the result looks like this:

A veteran of the Auckland hospitality scene, Molloy has flown consistently at the flame of controversy, and last night was no exception. At a launch event for his new campaign office just off Ponsonby Road, a space decked out like a sports bar, he issued a series of pre-emptive strikes at his rivals. Castigating the media for  “disinformation” that suggested a potential split vote the centre-right, Molloy practised attack lines on his opponents.

His first target was Wayne Brown: “He’s been tucked up in bed with the virus for a week, I’m not sure who I feel more sorry for more, him or the fucking virus.”

Molloy next had a go at Viv Beck’s choice of clothing, describing her as “the one who wears duvets around town”, and predicting that she would soon “jettison” her campaign.

Finally, promising a “slugfest”, Molloy took aim at Collins: “If anybody sights Efeso, he’s an endangered species – there’s space on the wall. He’d look beautiful mounted on that wall. I’ll get him, I’ll stuff him, and there’s your headline for tomorrow, you media boys.”

Collins said this morning: “This poll suggests the race is neck and neck. My team and I are ready to fight our way to victory for a more positive future for our city. It is going to take serious energy and heart, I can’t wait."

He added: "As for the distasteful remark about me being killed, stuffed and mounted, it sounds like Molloy conceding that’s the only way he can beat me! In all seriousness, it shows that bar room banter might work in a pub but in Auckland Council there are no bouncers to hide behind, and this is about Auckland gaining a leader who can bring people together."

Brown said the "key takeaway" was that "three quarters of people are fed-up with the Goff-Collins style of management, and want to see change". Beck told the Herald it was early days and "I believe my constructive style of leadership is what is required to get things done." Lord said there was a long way to go and he was untroubled by the result.

This article was updated on June 20 to include newly available information about undecided responses.