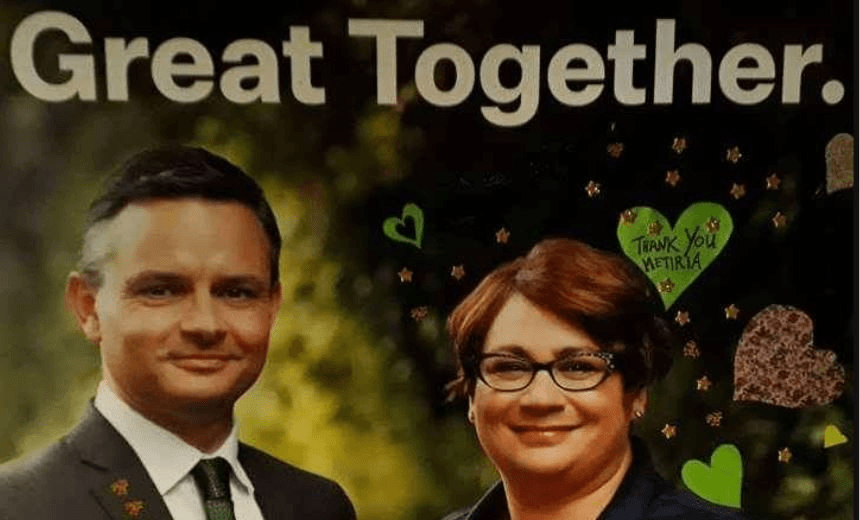 Pollwatch: 1 News’s Colmar Brunton survey puts the Greens out of parliament, in a nostalgic National vs Labour race.

MMP was meant to make multi-party politics the norm, and so it has: we’ve never seen a majority one-party government. But the two big parties have resisted all obituaries, and the new Colmar Brunton poll for 1 News confirms the big beasts’ endurance, with Labour having rediscovered its mojo under Jacinda Ardern, who has led the party for what now feels like a long time, but has not yet hit three weeks.

National is down to 44%, its lowest Colmar Brunton result for four years. Labour is up to 37%, its highest for 10 years. And yet that may not even be the biggest story from the poll, given the plight of one of those parties that has torn apart the political duopoly, the Greens. Following co-leader Metiria Turei’s resignation and the cacophony around it, they’ve plummeted to 4%, below the threshold that would allow them in to parliament without an electorate seat.

Expect to hear plenty of complaints that Colmar Brunton only polls landlines from people who weren’t complaining when Colmar Brunton, in the last poll – 18 long days ago – put the Greens on 15%.

It is a catastrophic result for the party, suggesting the 8% registered in the Newshub poll last week didn’t fully capture the fallout from the Turei welfare fraud admission and the resignations that followed.

Does it mean that a Greens-Labour deal in Wellington Central is on the cards? In the Espiner Scenario – named for the RNZ host who mooted it – Grant Robertson would stand aside in the seat for Greens co-leader James Shaw. All going to plan, that would mean the Greens would go in to parliament irrespective of party vote, on the coat-tails exemption-to-the-threshold rule.

Both Ardern and Shaw told TVNZ tonight that was not going to happen. Can that position sustain another couple of polls showing similar numbers? No one can doubt the challenge for the Greens and the co-leader-less Shaw. “I am in the fight of my life,” he told TVNZ, with the zeal of a man about to put out the recycling.

The Greens missing out completely seems altogether unlikely. But their target now will be considerably more modest, maybe 7%. The challenge will in part be to keep spirits up.

New Zealand First, who suffered in the first post-Ardern poll last week, remain stable, down one to 10%. They were at 5% in the same poll at the same distance from the last election, so pending some catastrophe of their own – and in this political weather, you wouldn’t rule it out – Winston Peters remains in great shape for post-election negotiations.

Things have moved a lot in the last three weeks, but it’s worth taking a breath and considering the broader tilt of the axis. Below, the results from this poll, canvassed over the last five days, compared with the same poll from mid-August ahead of the 2014 vote:

TOP now 2%, then not a twinkle in Gareth Morgan’s eye

It would be statistically hazardous to extrapolate a pattern of travel out of this poll and last week’s Newshub/Reid numbers, but of one thing there is no doubt: Labour has a rare momentum as they ride into their campaign launch at the Auckland Town Hall on Sunday. There will be unexpected hiccups to come, however. Will Ardern’s halo fizzle? Will Gerry Brownlee get away with calling her “the new smiley face”? Will Winston Peters declare war on Australia?

Given what has come so far, one obvious prediction for the next poll is a surge in popularity for a dark horse as New Zealand’s prime minister: Barnaby Joyce.