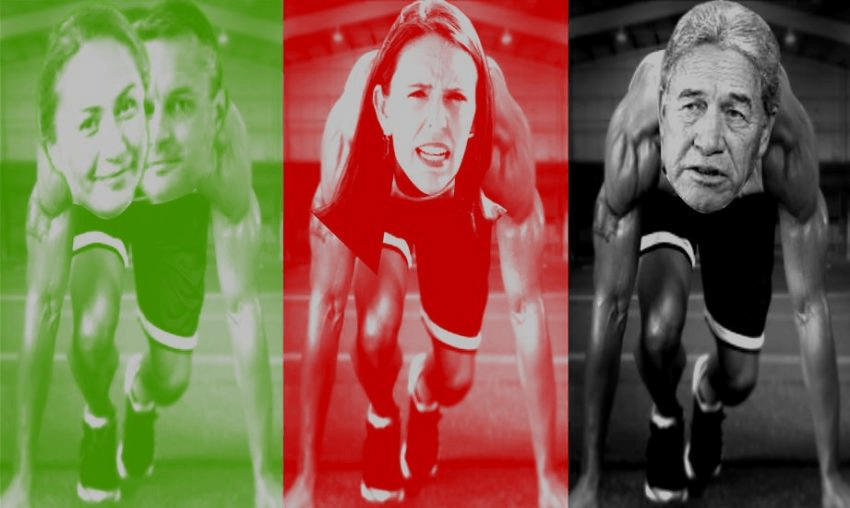 By Jo Moir
Guest writer
Made possible by

The three governing parties are turning their attention to next year’s general election. RNZ‘s Jo Moir surveys the field.

The night New Zealand First formed a government with Labour and the Greens, its leader Winston Peters quoted the song “You Can’t Always Get What You Want”.

Almost two years later all three parties still have those lyrics ringing in their ears as they negotiate compromises, concessions and conquests week after week.

According to Peters the election is set for 14 months’ time – October 2020 – and already political parties are turning their attention to the next race.

Labour and National have appointed their campaign chairs – Megan Woods and Paula Bennett respectively – the Greens have employed a campaign director and NZ First is on the hunt for a winnable seat.

Despite romping home in Northland in spectacular fashion in the 2015 byelection, Peters won’t be running there next year after losing the seat to National’s Matt King in 2017.

Instead, it’s understood Shane Jones will take up the challenge for the north, giving Peters more time to travel the country and allowing Jones to run in a seat where he lives and has strong family ties – something that wasn’t the case when he ran in Whangārei.

Realistically, winning Northland would require a conversation with Labour given the popularity of their candidate, Willow-Jean Prime, and the danger of the vote being split.

If it came down to doing a deal then NZ First wouldn’t need to look beyond Ron Mark, who would be the most likely fall guy to give Labour’s Kieran McAnulty a better chance at taking the Wairarapa seat.

Combine his votes with the almost 8000 votes Mark picked up and Labour could be convinced sacrificing Prime is worth it (bearing in mind they did it once already in the byelection to ensure Peters’ success).

The political survival of NZ First and the Greens relies on differentiating themselves a long way out from the campaign.

Are you Green enough?

Greens co-leader James Shaw is frank about the best outcome for his party – a progressive coalition government with Labour, and NZ First nowhere in sight.

But Shaw has his own problems to deal with from within his own party and criticisms of being too centrist.

Both Green Party candidate Jack McDonald and former Green MP Sue Bradford have hit out at Shaw for moving the party away from its roots; he admits those comments hurt more when they come from people he respects.

When you work with and build up relationships with people over a number of years, he said, you assume “you’re all pulling in the same direction”, but that hasn’t been the case.

“This was always going to be a risk in our first term of government, that as a support party with only eight MPs we’d only be able to make so much progress, which means compromise, and to some people that feels like a move to the centre.

“But I think we’re punching way above our weight class, so I disagree,” he said.

Have you had enough?

It was the centrepiece of the NZ First campaign in 2017 – billboards splattered across the country asking “have you had enough?”.

Looking back on the campaign, it’s hard not to see all the signs along the way that if NZ First ended up in a kingmaker position, it would go with Labour.

Peters insists he’s not making any judgements about who his party would work with if in a negotiating position in 2020, but two years since the last talks, he’s opened up about what he really thought of the National Party he was negotiating with.

“The reality was I thought the previous National Party was the worst National Party I’d ever seen. For a fact they’d lost the mantra and the ideology and common approach of people like Holyoake and others in the past to now being a bunch of cloned neoliberals.”

This is Peters’ third crack at coalition government and he said he’s tried to be someone who can be trusted, and it upsets him when people suggest otherwise with no facts to back it up.

The problem for Labour is that they’ve been burnt on a couple of fronts, for example, the three strikes repeal, employment law and abortion law reform.

It’s understood that’s led to some senior Labour ministers refusing to accept senior staff in Peters’ office at their word – unless they get a verbal agreement from Peters, then it’s not a done deal.

Labour’s Grant Robertson has no interest in saying whether the Greens are easier to work with than NZ First.

“It’s like your children, you can’t pick out which one you love the most.”

But he insists working with Peters is constructive and he respects his “huge wealth of experience and strong views” and him coming to the table with ideas, even though they sometimes come with interesting turns of phrase as well.

Robertson said the coalition and confidence and supply agreements were the starting point for all negotiations and there was a general acceptance any differences should be worked out before policy gets to Cabinet committees.

Shaw is also a fan of working with Peters and says he enjoys a tipple with him – not that Peters was prepared to confirm that, saying it was a private matter.

There are always going to be instances where NZ First and the Greens disagree, but Shaw says overall everyone is “really professional and understanding that you win some and you lose some”.

He denies being in government is a “lolly scramble” and said each party brings something to it, and ultimately the Greens are getting through legislation they’ve been campaigning on for 30 years.

Peters sums it up saying NZ First doesn’t have to agree with the Greens, they just have to work with them – and he insists they do.

While the differences between the three parties are seen as rifts in government, they’ll be looking to use them to their political advantage as the election looms closer.