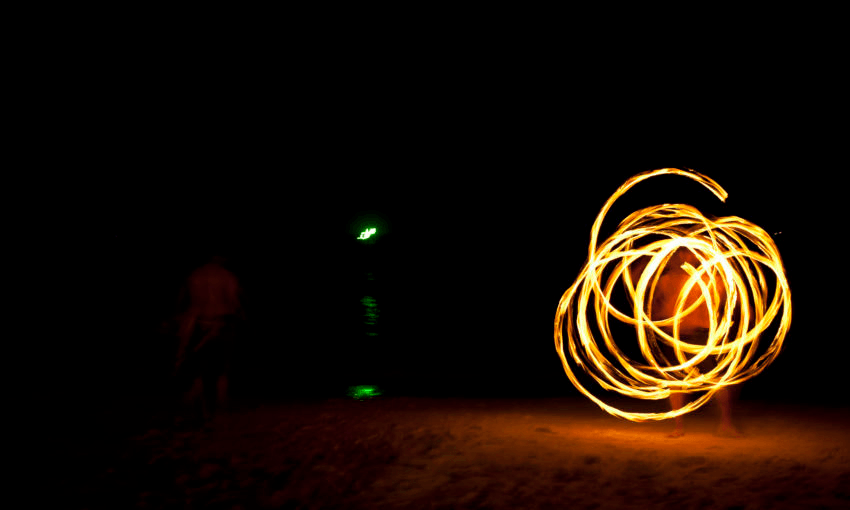 When it signed onto the Paris Climate Agreement, New Zealand pledged to increase its net greenhouse gas emissions by 10% across the 25 years to 2030. The latest government report shows with current policy settings it is on track to increase them by more than 20%. The challenge is acute and urgent, write Russel Norman of Greenpeace.

Most people imagine that, when countries signed up to the Paris Climate Agreement in 2015, they were signing up to cut their greenhouse emissions. And New Zealand’s commitment looked like that too – the John Key led government of the day said it committed to cutting its emissions to 30% below 2005 levels by 2030.

This made the New Zealand Paris commitment look better than it really was. In fact, if you compare like-with-like – that is if you compare the 2030 net emissions target with net emissions in the base year of 2005 – then a claimed 30% cut is shown in reality to be a 10% increase. Ouch.

This is plainly not a good thing, and the way it was presented as a cut – when it was the opposite – was deliberately misleading. New Zealand went to the big Paris Climate Conference, said we cared about climate change, told everyone we would cut our pollution by 30%, but actually committed to increasing our net emissions by 10%.

Now you might say that was John Key, for whom climate change was no “nuclear free moment”, so what else would you expect?

But it gets worse.

On the last sitting day of parliament in 2019, in the middle of the silly season, James Shaw, the climate change minister of the new “climate is our nuclear free moment” government, tabled a rather boringly titled official report,  NZ’s Fourth Biennial Report Under the UN Framework Convention on Climate Change. This is the report the New Zealand government is required to make to the UN about our emissions.

The report recorded New Zealand’s actual emissions up to 2017, and then provided a series of projections of emissions out to 2035. It showed that under the current government’s policies, New Zealand’s 2030 net emissions wouldn’t just increase 10% over 2005 figures, they would actually increase more than 20%.

But why is New Zealand doing so badly?

The primary reason is that the government is not using the tools available to it to drive down emissions from our two biggest polluting sectors – agriculture and land transport.

Regarding agriculture, last year the government decided that agribusiness would face zero cost for their emissions under the Emissions Trading Scheme, and instead the government would maintain the billion dollar a year subsidy to agribusiness under the ETS. Rather than use price signals to drive emission reduction, they opted for yet another round of voluntary measures, with the threat that the sector might face a small price in 2025.

As we found with the Clean Streams Accord, voluntary measures don’t work. This means that agriculture doesn’t pay for its pollution and doesn’t have a financial incentive to cut its emissions. It also means the price of carbon is lower than it would otherwise be across the economy, and the government has a billion dollars less for other things.

Regarding transport, the government has a patchy record. The investment in the rail network is significant and will help move freight off the roads, but the billions for new motorways will increase road traffic and emissions. The move to electrify transport has so far received almost no government support,and is moving achingly slowly. The total absence of fuel efficiency standards for imported cars, and lack of incentives to adopt low emissions vehicles, means things are not improving. Have you noticed all those new gas guzzling 4WDs and double cab utes everywhere? Well, there are no government policies to stop that madness.

But isn’t it all about forestry? Not really.

There is another reason which is often cited for the increase in net emissions in the decade to 2030, and that is the harvesting of plantation forests. It’s true that a “wall of wood” is due to be harvested in this period, but this begs the question of why it won’t be replaced by sufficient plantation forests, and even better, by permanent native forests. This is driven by the low price of carbon in the ETS, which isn’t providing enough of an incentive to drive large scale reforestation.

And what is driving the low price of carbon? You guessed it, the fact that the industry that would be the biggest buyer of carbon units, agriculture, is excluded from the ETS. Once you remove about half the national demand for carbon units by excluding agriculture, then the price will inevitably be much lower. Markets are like that – cut out half the demand for any product and the price will drop.

Land coming out of plantation forestry, which absorbs carbon, has been converted into dairy, which is a big climate polluter, purely because of the economics driven by the exclusion of agriculture from the ETS. Effectively the government has decided to spend a billion dollars a year to subsidise dairy emissions, with the effect that it is penalising forestry by artificially keeping carbon prices low. It is trying to counter this by the use of direct subsidies like the Billion Trees boondoggle, but with low carbon prices they are walking against a market headwind – a headwind entirely of its own making. And this is why net emissions are soaring.

The Labour-led government started with a hiss and a roar on climate when it banned new oil and gas exploration permits back in April 2018, with the exception of onshore Taranaki. It was a bold and necessary move, which rightly received global accolades. But since then it has done very little to cut New Zealand’s very high per capita emissions, and this is starkly exposed in the Fourth Biennial Report. It takes courage to tackle emissions from agribusiness and road transport, given the  powerful lobby groups protecting their patch. And so far the government simply hasn’t had the courage needed.

But, the government has one last chance to curtail agricultural emissions with the freshwater regulations being considered this year. If the freshwater regulations are effective in cleaning up rivers, especially by including direct measures such as a cap on synthetic nitrogen fertiliser, they will have a secondary effect of cutting agricultural emissions.

If they matched this with the huge expansion in solar, wind and batteries needed to provide the energy for the electrification of transport and industrial processes, and a big investment in sustainable transport, then they could also start to turn around the increase in transport emissions.

The policy solutions to cut New Zealand’s climate pollution are well understood and are just sitting there waiting to be used by a government willing to confront powerful vested interests opposed to climate action. But after three terms of National-UF-Act-Māori Party Governments, and a term of Labour-NZ First-Greens, we are still waiting for a government that has the courage to pick up those policy tools.