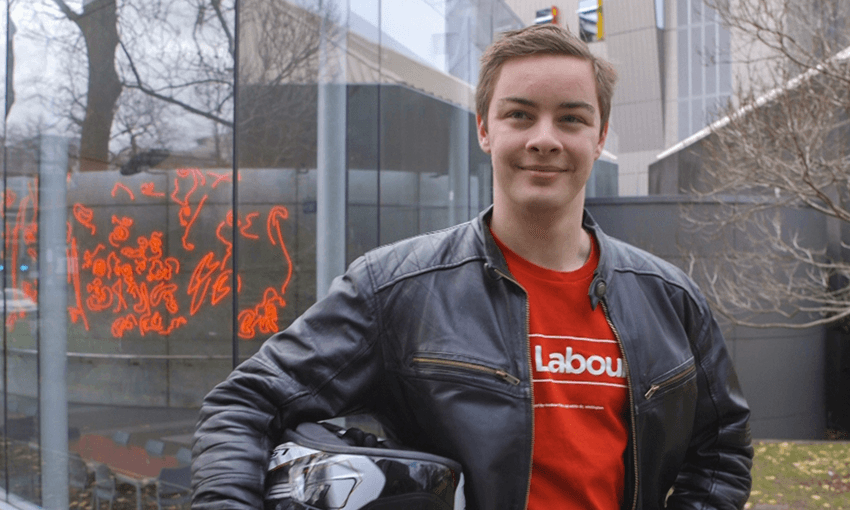 He was born into a family of die-hard Labour supporters and raised on tales of the party’s greatest achievements. Now the chair of Princes Street Young Labour wants to help write the next chapter.

Watch the other episodes of Youth Wings here.

Maybe it’s no surprise, then, that when he talks about why he’s proud to be a member of the party, he describes two things that happened the decade before he was born – the Springbok tour protests and the nuclear-free moment. “Everything that people are proud of in New Zealand, almost all of that came from Labour,” he says.

Unlike a lot of other youth wing members, who typically tend towards the more radical end of their party’s membership, Brand seems to sing almost note-for-note from the Labour songbook. “There’s the longstanding view that Young Labour are just there to have the most outlandish ideas, and propose, you know, full-blown communism next Tuesday,” he says.

He, on the other hand, describes his politics as “almost aggressively practical and realistic”. While he’s passionate about the big issues of his generation – inequality, climate change, education – he also seems to have taken on board the old Mainland Cheese slogan: good things take time.

“There’s a lot of people saying ‘this government needs to go faster’, you know, ‘there’s so much that needs to be done’,” he says. “I think it’s really valid, in that people are feeling the urgent need, especially young people … but it’s about making change that’s here to stay.” And at just 21, Adam Brand might be the one to see it through.