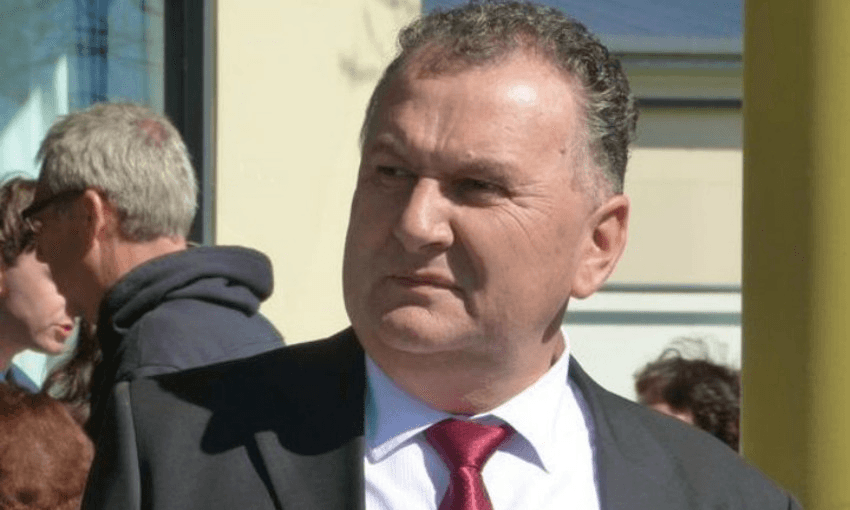 Minister for infrastructure, and a bunch of other stuff, Shane Jones (Image: Radio NZ)

Are public private partnerships the answer to our transport network woes?

Minister for infrastructure, and a bunch of other stuff, Shane Jones (Image: Radio NZ)

Welcome to the Cheat Sheet, a clickable, shareable, bite-sized FAQ on the news of the moment. Today: why the government is looking into public private partnerships to build infrastructure – and what the other parties think.

What’s this all about then?

The government are pushing for public private partnerships to fund big transport infrastructure projects, like the light rail network for Auckland, basically because they’re really really expensive. They’re a way for governments to get private sector cash and expertise for public assets. Generally under this model, the services are managed by the government, but the infrastructure is funded and managed by the private sector on long term contracts.

Seems reasonable, what’s the problem then?

Labour are only keen on them in some areas, and have specifically ruled them out for education, health and corrections infrastructure. That means, for example, that Health Minister David Clark ruled them out for getting more elective surgeries done. That also means that it’s very unlikely a PPP will be used to fix up Middlemore Hopsital, which has buildings in a pretty bad way at the moment. Clark’s view is that the best approach is to build a strong public health services, and PPPs have been costly failures when used by Britain’s National Health Service. And speaking of Britain, another risk of PPPs was exposed recently when the absolutely massive construction company Carillion – who held a few of the largest PPP agreements – collapsed in a screaming heap.

An absolutely massive construction company being in dire straits – that sounds familiar.

Well, yeah, at this stage NZ construction giant Fletchers doesn’t seem like they’re going to collapse as such, but they do a lot of public private partnerships, and they aren’t really in the best shape at the moment.

So what does it mean that the government is talking about this at the moment?

Basically, the targets they’ve set themselves for infrastructure building are too ambitious. Shane Jones, minister for infrastructure, reckons that without private capital is used alongside public capital, the projects won’t be finished on time. And this is a government that has staked a large chunk of credibility on Doing Something About Infrastructure, so getting projects finished before they get voted out again is crucial. Shane Jones is in Australia at the moment, to meet with various infrastructure groups and try and work out what’s gone right, and what’s gone wrong there.

And what has gone wrong there?

In the first decade of the 2000s, a lot of PPPs were used in Australia, but many of them turned disastrous. In particular, a public housing project was left highly vulnerable, in part because the global financial crisis left property group Becton, who were involved, needing to refinance. And the wider effects of the financial crisis made PPPs much less viable, because businesses had far less access to capital when they needed it.

What are other parties in NZ saying?

ACT is all in favour of public-private partnerships for transport infrastructure, in part because toll roads are a classic example of user-pays financing. Don’t drive on the road? Don’t pay for it. And National would have put a lot of emphasis on PPPs to build “schools, hospitals and roading” if they had’ve formed the government after the 2017 election.

The contrary view is perhaps best summed up by left-wing commentator Gordon Campbell, who wrote that “pretty much everyone else in the world now treats PPPs as rorts that regularly end up costing the taxpayer more over time, while just as regularly delivering inflexible projects of inferior quality. Unfortunately, PPPs still have fans in high places here. To major corporates, PPPs may as well stand for Politically Provided Profits.”