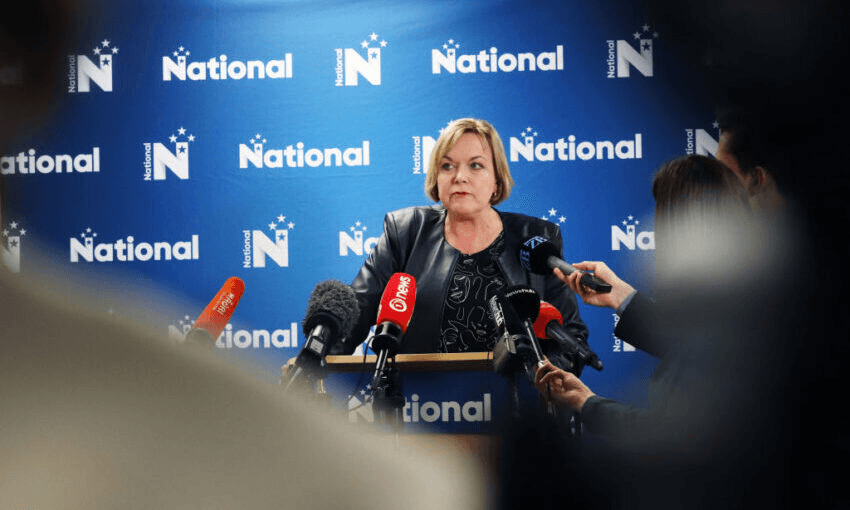 The National Party looks to get up again

How can National scrape itself off the canvas after a big defeat? Justin Latif talks to MPs and members.

Following National’s crushing defeat on election night, the carcass of the party’s unsuccessful campaign is already being picked over by members and MPs.

Departing MP and former cabinet minister Alfred Ngaro placed the blame squarely at the feet of the instigators of the May leadership coup and expects he still would have a job today, if Simon Bridges had remained in the role.

“Unfortunately we had some coming out of the first lockdown that jumped because they felt we needed a change, but for that decision we were punished,” said Ngaro.

“I didn’t support that shift from Simon to Todd, and I believe if we’d stayed the course, the outcome would have been different.”

One insider who has been involved with the party for more than two decades said there needs to be a thorough review of all aspects of the campaign, along with why the polling was so off.

“It would definitely be a mistake to just blame Covid,” he said. “It’s been cataclysmic and it’s akin to 2002 but more of a shock. There needs to be some reflection and a review and everyone who’s spent their money on polls – they will want their money back.”

He said the party’s division can in fact be traced back to the 2017 result.

“It’s always really challenging to put a campaign together when you’ve got a whole lot of forces internally that are unresolved. National thought they won the last election, and Simon [Bridges] was a sensible and obvious successor, but as a result of that sensible decision, the party didn’t go through a process of looking at what needed to change.”

Judith Collins confirmed this morning that the party board would undertake a review of the campaign, as it does after every election.

According to our party source, the question of a new leader isn’t the most pressing concern for most members.

“Party people are talking about who should be the next president, because in November the party has its AGM in Wellington. National Party board member Roger Bridge is retiring. Peter Goodfellow has done a fantastic job but I think it’s just the timing of it, being almost before the caucus has a chance to think about leadership.”

Former speaker of the house David Carter could be in line for the role, he said.

“He is coming in as a new board member to replace Roger so the interesting thing is whether he will be the next president. It’s not an anti-Peter thing, it’s just unfortunate timing for him.”

Ngaro confirmed that Carter was a strong candidate for the board.

“Change is coming but you don’t want too much change, as you need some institutional memory,” he said.

“David will make a great board member, as far as president, I’m not sure, but he is held in very high esteem and he’s incredibly experienced and his statesmanship was seen when he was the speaker [of the house].”

National’s Māngere candidate Agnes Loheni lost her race by over 10,000 votes, but she may return to parliament on the list if the special votes fall favourably or if any current MPs retire.

“I think I’m off the edge but I’ll think about it over the coming days,” she said. “I guess as a 20-month-old MP, I’m not as wedded to the role – but I’ve had a blast. Situations like this mean new opportunities, but our membership and caucus will be reflecting on this – and it won’t be a short process.”

Simeon Brown held his seat of Pakuranga with a majority of more than 9,000, despite Labour winning the party vote in his electorate.

“Results like tonight remind you that you really are there to serve the public – and they’re the ones who put you there,” he said.

“We always campaigned like we were behind. We’ve door knocked, put up hoardings, it was a grassroots campaign and that’s what we do best.”

After a term in opposition marked by multiple leaking scandals, Brown identified a more unified caucus as key for National to win the next election.

“The caucus has to come together and think about the future and not the past, and we need to focus on winning and being a team, and get behind Judith. Judith only had three months, and has done an outstanding job in really difficult circumstances.

“At the end of the day – we have a conversation on Tuesday and we need to be a united team – it’s the only way to win.”

National list MP Paul Goldsmith, who finished third in the seat of Epsom behind Act’s David Seymour and Labour’s Camilla Belich, also underlined party unity as a key issue for the party to resolve.

“We’ve got to regroup, rebuild and get back to the basics. Having a clear outline and holding caucus unity are the two things that really need to happen.”

Goldsmith ruefully laughed at the suggestion that David Seymour shouldn’t be given another cup of tea deal for the Epsom electorate. However he wouldn’t rule out the possibility of another leadership change.

“I don’t know,” he said when asked whether Collins would remain. “But Judith did an excellent job in the circumstances.”