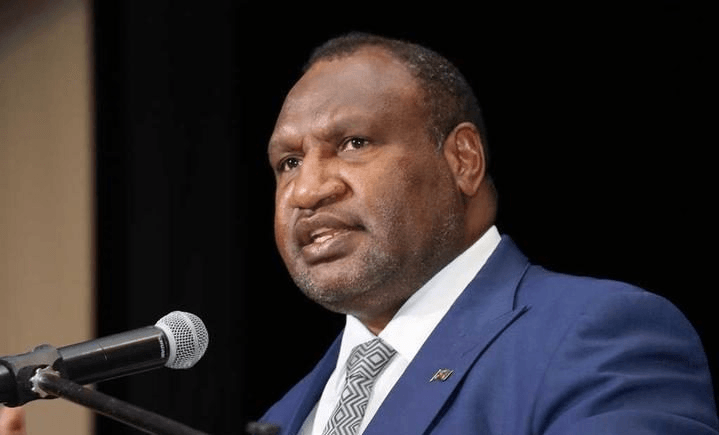 A rare visit by a prime minister of Papua New Guinea to New Zealand highlights a strong friendship, but one which could be closer, writes Johnny Blades for RNZ.

Marape, who rolled Mr O’Neill last May in what could yet be an era-defining upheaval, is here for a four-day stay. He is looking to discuss “shared regional interests” and ways in which New Zealand can assist his government’s planned reforms.

Today in Auckland Mr Marape is to meet for talks with Jacinda Ardern. It’s another chance for New Zealand’s government to make good on its “Pacific Re-set” pledge to listen more to, and act as equals with, regional countries.

Marape is a leader who places much emphasis on human relationships. He says he wants to thank New Zealand for being a genuine friend, and for helping evacuate PNG students from China’s coronavirus-stricken city of Wuhan earlier this month.

New Zealand and PNG are like two friends who are close but could be closer. They have a mutual friend with whom the relationship takes up more of the focus.

We’re talking about Australia – big brother and all that. A big brother to both New Zealand and PNG. But it’s worth noting, as many New Zealanders are often surprised to learn, that by dint of its population and land mass PNG is bigger than New Zealand.

With a population that recently passed eight million, PNG is the Pacific Islands region’s burgeoning colossus. It is a country with towering human development problems, where the reach of government barely touches the vast majority of citizens, making the prime minister’s job unenviable.

PNG has great natural resources wealth but for too long foreign interests have been able to extract the country’s mineral, oil, gas, forestry and fisheries riches without bringing genuine benefits for its people.

Marape says he wants PNG to be the “richest, black Christian nation” within a decade, yet at present PNG’s public services in health and education are non-existent in many parts of the country.

The new prime minister is looking to New Zealand for some modelling as it embarks on its reforms. This is part of the reason he is bringing along Gary Juffa, the parliamentary committee chairman on public service reform.

“New Zealand’s public service is the most effective and efficient that I’ve known of,” Marape revealed.

According to him, PNG also sought to emulate New Zealand’s economic success through its agriculture, fisheries and tourism sectors.

PNG and New Zealand get on well. But getting past the Australia dynamic, and the weight that the neighbouring country can throw around, is not always easy.

In recent years, New Zealand offered to take refugees stuck on PNG’s Manus Island. The two governments wanted this offer to be taken up, but Canberra wouldn’t allow it, warning it could create an incentive for future asylum seekers to get in to Australia through a back door.

Yet the relationship between PNG and New Zealand is otherwise relatively free of baggage. New Zealand is highly valued for its role in facilitating the peace process in the autonomous PNG region of Bougainville which recently voted overwhelmingly to become independent.

In his talks with New Zealand’s government, Marape is expected to touch on how PNG is looking to implement the result of the non-binding referendum, and to discuss New Zealand’s annual $NZ27 million aid programme to PNG.

Two-way trade is around $NZ300m a year, although heavily weighed in New Zealand’s favour. PNG wants to address that balance. Business and cultural links are steady yet there’s plenty of room for expansion.

PNG is even ranked in the top 20 nations in limited overs cricket formats by the International Cricket Council. What are the chances of the Black Caps taking on the Barramundis in a T20 one of these days?

Marape wants PNG and New Zealand to grow links in all these areas, to “elevate and consolidate” the bilateral relationship.

There is much the two countries can learn from each other. And New Zealand could well find in coming years that its own core interests are served better by a more active engagement with that country to the immediate north of Australia. Placed right on the juncture of Asia and the Pacific, PNG is strategically important to the peace and stability of our wider region.