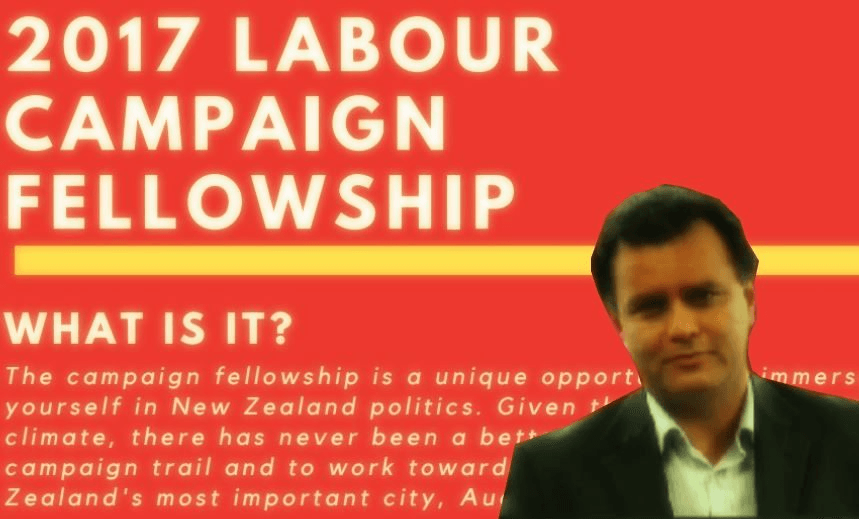 It demands a Herculean effort to shift the spotlight from a scandal engulfing a government MP, but New Zealand Labour’s shonky intern scheme might just have done it, writes Toby Manhire.

Campaign for Change is a pithier title, but the universe has today revealed that the full name of Matt McCarten’s initiative to deliver a Corbyn-esque youth voting surge in the 2017 New Zealand election is ‘Campaign for Changing the Subject from a Humiliating Scandal bedevilling the Ruling National Party Into a Humiliating Scandal Bedevilling the Opposition Labour Party, Leaving Them Looking A Bit Fucking Ridiculous and Causing a Genuine Health Risk to Matthew Hooton Whose Head Seriously Might Just Pop Off With the Excitement of It All’.

As revealed by Politik this morning – following up Newsroom with the second agenda-setting news startup scoop of the week – a number of students attracted to New Zealand to undertake an unpaid “fellowship” on the Campaign, which describes itself as non-partisan but with palpably close links to the Labour Party, were aghast at the condition of the accommodation provided, and concerned about the failure to provide the promised line-up of speakers.

The volunteers, numbering in total as many as 90, and having arrived from the US, UK and Australia on working visas, were based at the Awataha Marae in Northcote – itself separately the subject of controversy – had complained to the Labour Party about cramped dormitories and broken showers. When the Spinoff’s Don Rowe visited the marae this morning, access was blocked by three security guards. There was no visible sign of the students, and inquiries to the marae manager were redirected to the Labour Party’s general secretary, Andrew Kirton.

Any attempt to say this is not an issue for the Labour Party, and that the Campaign for Change is a separate, non-aligned group, is too cute by half. Matt McCarten was at the heart of Labour strategy until a few weeks ago, as head of Auckland campaigning, and before that as chief of staff to the leader. In a statement today he acknowledged that “a number of [the interns] did volunteer to help with Labour campaigns in Auckland”. OK, but even if you accept that the operation split off from the party back in May, a glance at the promotional material – posted at universities everywhere from Michigan and Illinois to the Netherlands – looks just a little bit Laboury (full flyer at foot of article).

Not everyone seems to have had a miserable time. And some alternative images, from a visitor who spoke to the students, have emerged showing that the facilities were not all crap. But McCarten’s acknowledgement that the programme “quickly became oversubscribed [and] is now greater than I can manage” is damning. It’s all made much worse by the way it so gruesomely dovetails with Labour’s recent chest thumping rhetoric on immigration, student visas, and shonky educational opportunities, not to mention the commitment to workers’ rights embedded in the party’s founding ideals, its philosophical DNA, that sort of thing.

The best defence of it all might be as performance art. Behold! A living, breathing installation that lays bare the instability and desperation that migrant workers face, the fragility of unpaid labour, and the pressure on housing in Auckland.

Steven Joyce, National’s campaign manager has accused Labour of “industrial strength hypocrisy”. And he has a point.

There is nothing weird or intrinsically wrong about recruiting students from abroad to join campaigns. It’s an increasingly typical network among progressive movements, in which the trade-off for sitting in a call centre bashing the telephones is, mostly, experience. It fast becomes beyond a joke, however, if the hosts renege, as they evidently have here, on the promises made. Did Helen Clark even know she’s been promoted as a star attraction?

Andrew Little today accepted that it was “certainly embarrassing”, though “I think this is a project which started with good intentions”. Those running the scheme, he said, had “over-reached themselves”. It looks as though they may also have some rifts over campaigning within the party to address. One person who had direct involvement told the Spinoff this evening that “the whole team went rogue”. The source added, however: “I think if they hadn’t run out of money and had actually been honest with who were coming over they would have had perhaps a fewer interns but it would have been a successful programme.” Either way, whether or not the Campaign for Change amounted to a sort of Labour proxy, this surely amounts to its death knell.

And for Bill English, who has just been delivered his worst week yet as prime minister, in the shape of Todd Barclay? That scandal will almost certainly linger longer than Labour’s intern fiasco, but for today at least, he really couldn’t have prayed for a better distraction.