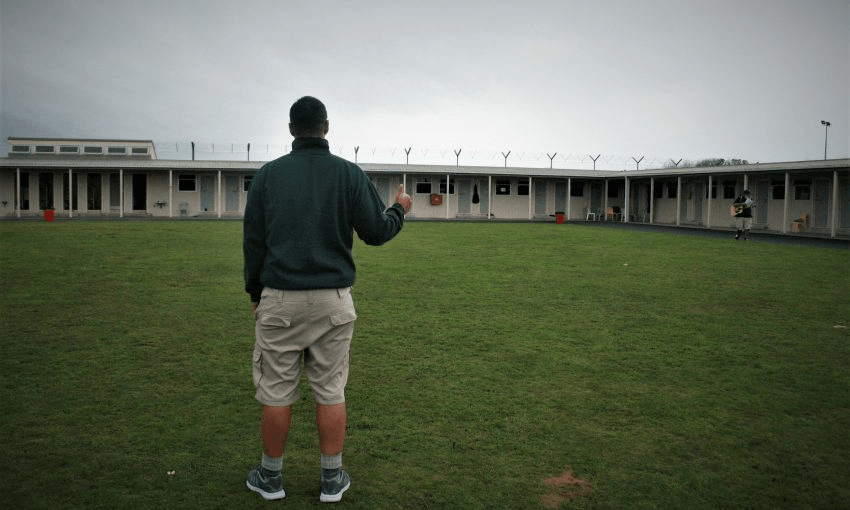 Hurray, the witless super-prison plan is dead. But what will be done instead?

By Tania Sawicki Mead
Guest writer
Made possible by

It’s encouraging that members of this government finally seem to get it: prisons just don’t work. But what are they willing to do as an alternative, asks Tania Sawicki Mead of JustSpeak

It arrived not with bang but a whisper. Plans for a billion dollar mega-prison at Waikeria, a development which would create the largest Corrections facility in the country, are no longer on the table. First Nanaia Mahuta let slip on Marae, then Grant Robertson and Kelvin Davis weighed in.

Somewhere in a pokey backroom office, David Garrett cries out in anguish. Evidence based policy wins the day.

We’re celebrating for now, but this decision is not crisis averted. An expansion of Waikeria may yet go ahead, or another prison could well be built. There is so much more to be done before we can even think about holding our heads up high and saying yeah, we deserve our self-congratulatory reputation as a country where everyone gets a fair go.

But it is a recognition of this fundamental fact that with time, is slowly becoming clearer to many: prisons don’t work. When they are built, they are filled. When they are filled, they seem to acquire a gravitational pull akin to a black hole – slowly sucking people back in, despite all the efforts of people inside and out who are doing what they can to help.

Sending someone to prison – especially for a short term sentence for a minor offence – drastically increases the chances that they will reoffend. Prison sentences break up families, disconnect people from their communities and in many cases isolate people from the impacts of their harm that they are supposed to be repenting for. Children with a parent in prison are eight to 10 times more likely to go to prison themselves. We don’t just imprison parents, we commit intergenerational harm. Half our prison population is Māori, despite being just 15% of the general population, who face structural discrimination and worse outcomes at every point of interaction with the justice system.

Regardless of what many of us may have believed for a long time, the case against prisons is strong. They largely do not deter crime. They do not rehabilitate effectively. And they don’t provide redress for victims in a meaningful way.

It’s encouraging that members of this government finally seem to get it. But what are they willing to do as an alternative?

There are so many more effective and less expensive ways to deal with harmful behaviours that do not entrench cycles of violence and disadvantage. If we want to turn our abysmal statistics around, we need to start investing in them now; not tomorrow, not next year, not in the third year Budget as an election sweetener.

Where is the funding for mental health crisis response? For drug and alcohol addiction? For families who are unable to make ends meet? For the alternative courts we have already piloted which keep rangatahi, or people struggling with addiction, out of prisons? For iwi who are willing and able to help with reintegration and rehabilitation?

Sure, it can be hard to innovate in government; the longer you spend in institutions the harder it is to see outside of them. But when you look at the issue from a different angle you see that it is actually much riskier to keep doing what we are doing when you know it does not work. Worse, it exacerbates harm, and it doesn’t even make us feel safer.

For example, if you compare us to Finland – as the prime minister’s chief science adviser recently did – you can see that despite a similar rate of crime, we imprison far more people.

And when we are asked how we feel about crime, we are more fearful than a country whose prison population is 57 per 100,000 people. Ours is four times that.

Technically I’m youth adjacent rather than young. But I work with a lot of smart, articulate young people at JustSpeak who are enraged at the idea that they will inherit the mess that is our criminal justice system. You can’t blame them. Young people are the most affected by criminal justice, but the least consulted. Decisions made early on in their lives, many of them based on factors they cannot control, will ripple out into their lives with terrifying impact, like an enormous boulder tossed into a shallow puddle.

Many young people feel that we have abdicated responsibility to make sane choices when it comes to criminal justice. Successive governments have thrown billions of dollars down the bottomless hole that is incarceration, and then being surprised when this excavation makes the very ground we stand on unstable. If there is one good outcome of the terrible mess we are in, it is the revelation that we can’t just keep digging and hope we’ll somehow end up better off.

But it’s not just the government that is responsible. Sure, they are paid well to deal with these issues and it is their responsibility to build a pathway out of it. But the explosion of our prison population at a time of reducing crime has not happened in a vacuum. Too many of us on have accepted without question the backwards logic that underpins our approach to justice. We bought into a politics of fear and did not ask ourselves why we were fearful.

Because it may feel easier to believe some people are irredeemable than to consider that we as a community have a duty to work harder to care for people who are hard to care for. Easier to believe there are “criminal families” than consider how racism, colonialism and economic marginalisation have entrapped people in a cycle of harm. Easier to think to yourself “how sad” when you see a story of a young person imprisoned as a result of drug addiction, rather than ask why so many wards of the state, too many of them Māori, seem to fall down a pipeline from state care to state control.

We can turn this around. For the first time in two decades we have politicians at the levers who understand that they cannot keep doing the same thing and expecting a different result.

This government has made a lot of bold calls. We want to support their attempts to make this right, to follow other countries around the world who are acting on evidence, not on dogma. But to do that we need to know what is on the table, not just what is off it. Our public conversation on criminal justice is long overdue. Let’s get it started.

JustSpeak launches its latest report The Case Against Prisons tomorrow at 6pm in Wellington, with a Q&A hosted by Robbie Nichol aka White Man Behind A Desk. More details here