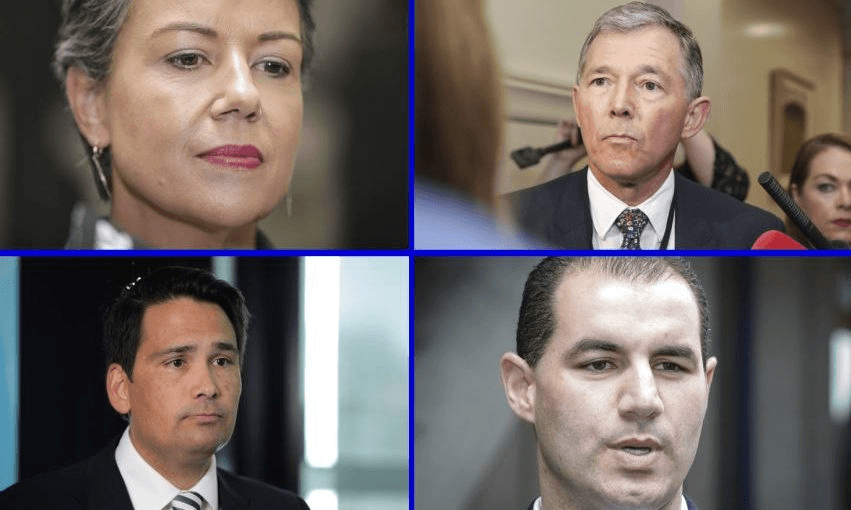 Here are some of the issues an internal probe following the Jami Lee-Ross saga will confront.

The National Party leader faced a bit of blowback for commissioning an inquiry into the leaking of his expenses. He’s unlikely to face much criticism, however, for the inquiry he commissioned today.

After a week-long fusillade from Jami-Lee Ross, Simon Bridges has announced an internal probe into the culture of the party he leads. Bridges says he wants to “make sure women feel absolutely safe in the workplace and feel they can confidently come forward on all matters”.

The results of the inquiry, said Bridges, are unlikely to be made public. But before partisans crow over that, it’s worth nothing that Labour’s inquiry into its own conduct stemming from sexual assaults allegations at a Youth Summer Camp was kept from the public, save for a few excerpts.

The breadth of scope for National is unclear, but given the range of issues raised by events since last Monday, it would make sense to allow the inquiry to explore anything pertinent. Below, some of the questions that warrant asking – and to be clear, these are not intended as insinuations, but genuine questions.

It’s unclear, too, who will lead the inquiry. But if she’s available, Dame Margaret Bazley is worth a shout.

Are candidates and MPs from ethnic minority groups treated with the appropriate respect and dignity, and is their characterisation in the secretly recorded conversation between Jami-Lee Ross and Simon Bridges typical or defensible?

What motivated deputy leader Paula Bennett’s decision to reveal to raise concerns about “behaviour [by Ross] that is unacceptable from a married Member of Parliament”, and was that an acceptable intervention?

In dealing with claims of bullying and harassment levelled against Ross, did National Party leadership ever compromise the alleged victims’ needs in the cause of the party or its leaders?

Did National Party president Peter Goodfellow appropriately manage an agreement to resolve and keep quiet a complaint by a former Botany candidate over Ross’s behaviour?

Was any part of the National Party leadership involved, as alleged by Ross and political commentator Bryce Edwards, in the decision by any of the four women to speak about their experiences to Newsroom?

Did Simon Bridges and the National Party leadership manage appropriately the announcement that Ross would be taking medical leave, during which mental health was never mentioned but heavily implied, and in the course of which Bridges described (for which he has since apologised) Ross’s issues as “embarrassing”?

Did Simon Bridges make the right call in pressing on with an inquiry into the leaker of his expenses record after receiving a desperate text from the purported leaker?

Have issues around Jami-Lee Ross’s behaviour and dealings with colleagues since he entered parliament in 2011 been overlooked, ignored or brushed under the carpet?

Does the National Party have the appropriate mechanisms in place to help people who undergoing mental illness?

Does the National Party have the appropriate mechanisms in place to deal with complaints of workplace bullying?

Does the National Party have the appropriate mechanisms in place to deal with complaints of sexual harassment?

Has mental health been at any point “weaponised” in tactics to counter Ross’s claims?

Have allegations of bullying, harassment or sexual misconduct been at any point “weaponised” in tactics to counter Ross’s claims?

Is there a macho culture within the National Party?

Do Ross’s allegations of rife white-anting and black-ops within the National Party add up?

Does any of the modus operandi detailed in the 2014 book Dirty Politics exist in the 2018 National Party?

Is there any truth to Jami-Lee Ross’s charge that there is “a rot within the National Party”?