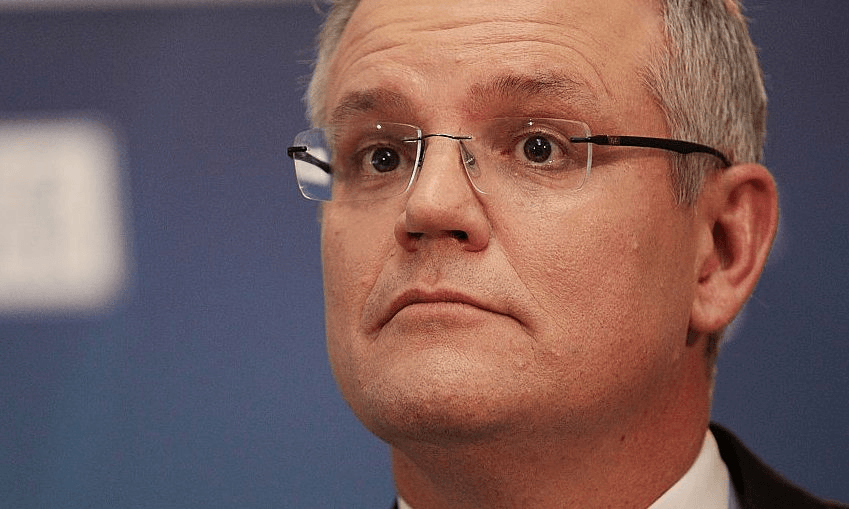 A beginner’s guide to Scott Morrison, the new Australian PM

The roulette wheel of Australian politics has spun again, with the marble landing on the conservative MP Scott Morrison. The Sydney MP and treasurer has come through the middle of the Malcolm Turnbull vs Peter Dutton hellfire clash to become Liberal leader and prime minister designate, beating Dutton in the final round 45-40. But: who he?

The 50-year-old New South Welshman – aka ScoMo – is a lot of things: an economic liberal, a social conservative, a former tourism executive, treasurer since 2015 (taking a position vacated by new PM Malcolm Turnbull). But his most immediate, and arguably important attribute in the bloodbath of the Liberal party room is not being Peter Dutton, the man dubbed the “minister for misery” and perhaps the most polarising figure in Australian politics. Over the last few wild days, Dutton has illustrated the maxim that the sword wielder doesn’t get to wear the crown. Morrison is nowhere near as divisive, and when Turnbull became unpalatable, and his deputy Julie Bishop too grafted to the past, Morrison skipped through the middle.

Team Dutton will be seething about Turnbull, who this afternoon lambasted the “disloyalty and deliberate insurgency” of the last week, who did everything he could to ensure that if he had to go, Dutton wouldn’t succeed him.

An evangelical protestant, Morrison said in his maiden speech: “Growing up in a Christian home, I made a commitment to my faith at an early age. My personal faith in Jesus Christ is not a political agenda … for me, faith is personal, but the implications are social.” (In the same speech, he quoted Bono.)

He’s not a fan of same-sex marriage, though he abstained in the vote. He’s largely avoided talking about climate change.

He’s not Peter Dutton but he’s Duttonesque, kind of

Morrison, too, is a former minister of immigration, and scaled up the offshore detention programme under Tony Abbott. The Australian Human Rights Commission in 2014 criticised Morrison for failing as minister to act in the best interests of children in detention.

Unlike Dutton, however, Morrison supported Kevin Rudd’s apology to the Stolen Generation, a moment he was “proud” to back.

Less doctrinaire than Tony Abbott or Peter Dutton, but not so moderate that he makes the angry squad of Sky News Australia and the Daily Telegraph spoil their budgie-smugglers, Morrison has revealed an ability to bend with the Liberal wind.

Former Australia correspondent for the BBC Nick Bryant put it like this in 2015: “My hunch is that Scott Morrison doesn’t spend much time agonising over the contradictions that have marked his career, or fretting about the veering course of a political journey that has taken him from the moderate wing of the party, to the right. The main point for him is that his career has been heading in an ever-upward trajectory.”

Good news, mostly, because – in case you missed this – he’s not Peter Dutton. Dutton had clashed with New Zealand leaders over deportation of Kiwi citizens under the “good character” test.

His links to New Zealand augur well. One of his grandmothers was a New Zealander, which is close enough but not dangerously close a la Barnaby Joyce. And he spent a few years heading up the New Zealand Office of Tourism of Sport, where he worked until 2000 and was regarded as minister Murray McCully’s “hard man”. He was involved in tourism slogans for both countries, which could be regarded as a reasonable summary of the two national characters. New Zealand: 100% Pure. Australia: So Where The Bloody Hell Are You?

He is not the author of Māori Made Easy: For Everyday Learners of the Māori Language

And he is not a former host of Te Karere.