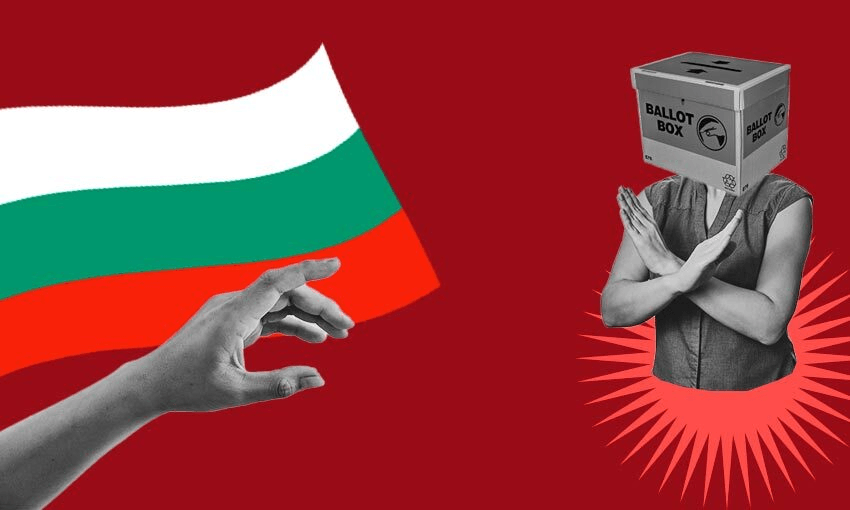 Bulgarian-New Zealanders were barred from voting in their recent election over an Auckland Council clerical error. Image: Tina Tiller

The lockdown election that wasn’t allowed to happen

Bulgarian-New Zealanders were barred from voting in their recent election over an Auckland Council clerical error. Image: Tina Tiller

Dozens of Bulgarian-New Zealanders were looking forward to voting in their contentious elections. An Auckland Council clerical error stopped them from doing so.

Elitsa Todorova was looking forward to voting. On November 14, the third Bulgarian parliamentary election of 2021 was due to be held after votes in April and July failed to allow competing parties to form a government. Todorova wanted to take part. “Bulgaria’s not had anyone in parliament for eight or nine months [during] a pandemic,” she says. “It’s been pretty messy back home.”

Todorova splits her time between Bulgaria and Aotearoa, but chose to wait out the pandemic here. She didn’t realise the country’s small Bulgarian community had found a way to vote in all of those elections. When her friend’s parents told her it was possible, she was all for it. “I was actually hopeful for the first time,” she says. “I really wanted to partake in this one.”

On the night before the election, her friend’s parents called Todorova to tell her the bad news. “They phoned me late on the Saturday night and told me we weren’t going to be able to vote,” she says. Something, apparently, was wrong with the venue. “It was too late at night for me to do anything about it.”

The news had spread from Rossen Mitev, the president of Aotearoa’s Bulgarian Society. For 20 years, he’s booked Auckland Council venues to allow New Zealand-based Bulgarians to vote in their elections. He’d already run two successfully this year. For the third, to be held while Tāmaki Makaurau was in alert level three, he booked his favoured spot, Takapuna’s Mary Thomas Centre, sent an email out to the several hundred people who wanted to vote, and arrived on Saturday evening to set the venue up.

When he got there, he found the doors locked, so he called Auckland Council and asked to be let in. It was then Mitev realised there was a problem. “They said, ‘Sorry, only essential services [are allowed in the venue], and your booking is cancelled.” The council’s Covid-19 policies meant no one was allowed inside the venue – even if it was to vote in a contentious overseas election.

Mitev was aghast. He’d gone to great lengths to prepare for the election and stick to Tāmaki Makaurau’s Covid protocols. He’d registered a QR code, bought a box of masks, had three 500ml tubs of hand sanitiser at hand, and had organised a one-way flow system to allow voters to stick to social distancing measures. He’d even purchased a box of 50 pens so they could be disinfected between use. “We could be as safe for staff and the visitors as possible,” he says.

Despite his pleas, he couldn’t persuade Auckland Council to open the door and allow the election to happen. They told him an email had been sent cancelling his booking. It hadn’t. “I made a booking, all good. Then we paid it, all good. Then I got a confirmation, still all good, just like always,” Mitev says. “I fully believed that we could proceed with caution.”

It took an hour to contact a supervisor, yet his requests still fell on deaf ears. “They said, ‘Look, there’s absolutely nothing we can do.” In New Zealand, Mitev’s Bulgarian election plans were cancelled.

On the Sunday, Todorova leapt into action. She called the Auckland Council helpline and attempted to persuade them to allow the venue to open. “They said it wasn’t an essential service,” she says. “I said, ‘How is voting not an essential service?’” Todorova tried to organise another venue, but it was too late: Bulgarian election policies require the venue to be registered in advance, and while other countries allow mail-in or online voting, it has to be done in person. Once completed, the votes are transported, in person, to the nearest Bulgarian Embassy, in Canberra.

“Voting outdoors is just not an option,” says Todorova. “It was a really horrible day in terms of weather. The Bulgarians will not accept us voting from the beach.”

If he’d received that cancellation email in time, Mitev says he could have organised another venue. A friend of his owns a restaurant, which was closed because of Covid-19 restrictions, that could have been turned into a voting centre. If that didn’t work, a non-Auckland Council venue could have been booked. “Because we were told on Saturday evening, there’s no time … there’s nothing that we can do.”

Instead of taking votes, Mitev spent his Sunday responding to Bulgarians angry about being unable to vote. “Half the day I had to spend answering calls from people asking me, ‘What the hell?’” he says. “Bulgarians are very passionate people, about politics, sport, you name it.” Were they disappointed? “Hell yeah.”

Auckland Council has apologised to Mitev and Aotearoa’s Bulgarian community for the mistake. “Our team feels terrible and are upset about the issue, as it was never our intention to cause any distress,” a spokesperson told The Spinoff. “We were unaware of the reason the customer had booked the venue or the impact that a cancellation would have … This is a complex situation and Auckland Council apologises for any distress we may have caused.”

Extreme workloads, due to Covid-19, were to blame, the spokesperson said. “Unfortunately, due to the extension of Covid-19 restrictions confirmed by the government, staff were required to cancel all venue hire bookings, as indoor gatherings are not permitted for any number of people. With the sheer volume of work the team was under, a cancellation notice to the customer was missed and they didn’t receive any communication.”

Despite not being able to vote, one good thing has come out of the election, says Todorova. “The political party that I was going to vote for has been elected, which I’m very relieved to hear,” she says. But there’s another issue: she, and the rest of the Bulgarians living in Aotearoa, couldn’t vote in last weekend’s presidential elections. To do so, they would have had to have voted in the parliamentary ones to do so.

Todorova, though, says Auckland Council’s apology isn’t enough. She says the incident undermines New Zealand’s reputation as a “democratic utopia”. She’s contacted multiple news outlets trying to get coverage of the situation, only to be rejected. “It’s really frustrating when things like this fly under the radar,” she says. “I didn’t expect it from New Zealand.”