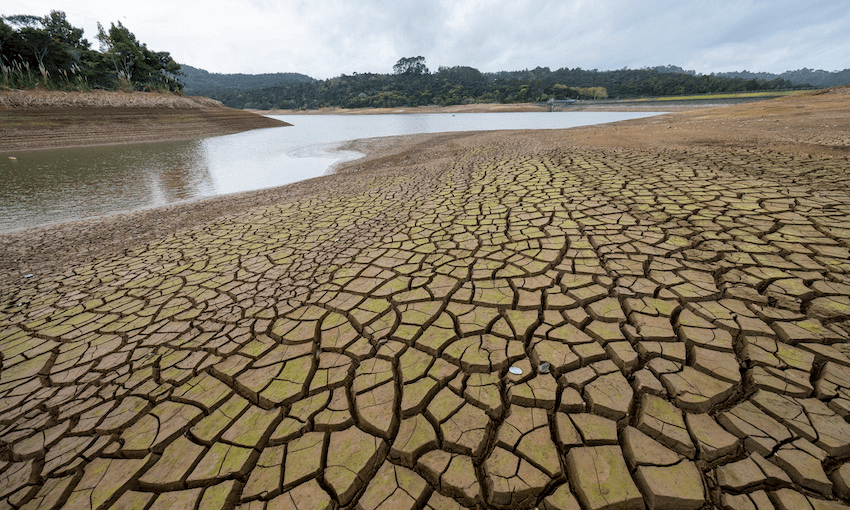 Watercare is yet to integrate climate change into its long-term modelling tools, and Auckland mayor Phil Goff is concerned. Now experts are asking why the council-controlled organisation has moved so slowly on such a critical issue.

That’s Watercare’s head of sustainability Chris Thurston responding to Auckland mayor Phil Goff’s question about when Watercare will start integrating climate change into its long-term modelling tool. Thurston was providing an update to Auckland Council’s Environment and Climate Change Committee meeting on August 12 regarding the CCO’s work to reduce emissions. After outlining a number of initiatives Watercare is undertaking, Goff asked Thurston for an update on Auckland Council’s request from 2019 for the CCO to integrate climate change into its modelling tools.

Following some initial obfuscation – the mayor needing to ask two further clarifying questions – Thurston admitted that work to upgrade the Integrated Source Management Model (ISMM) had only recently begun. “The model doesn’t include the information, but it’s being integrated as we speak,” he said.

“Just because it’s not in the tool, doesn’t mean we don’t take into account those considerations,” he added, explaining that water availability is a stand-alone area of work Watercare staff do look at.

Goff has since said, via a spokesperson, that he does not believe he received an adequate response to his questions and he’s especially concerned given council plans to spend $10 billion of new investment in Watercare over the next 10 years.

“It’s crucial that this model reflects climate reality given it is used to support decision-making around water supply, resiliency, and infrastructure investment,” he said.

“Since the emergency budget was approved, we have increased supply by almost 100 million litres per day. Despite this, Auckland’s dam levels remain around 25% below normal levels, reflecting the seriousness of the drought and underscoring why integrating climate change into the ISMM is critical.”

Minister of local government Nanaia Mahuta said Watercare’s delays in developing an integrated model underscores why the government’s national water reforms are needed. “I would expect Watercare to have been building climate change into its water demand modelling [so] it is encouraging that they are now doing so,” she said.

“Under the three waters reforms, I would anticipate such initiatives to develop in sophistication and timeliness throughout the country so we can better predict and manage our essential water services.”

In a subsequent written statement, Watercare’s Chris Thurston said aside from the ISMM tool, Watercare’s drought management plans do take climate change into account and he said the delay in upgrading the ISMM tool is due to how much information needs to be added into the software.

“The integration of climate change projections is the current phase in a range of upgrades to this tool. This requires significant downscaling of climate data for all of our water source catchments. This downscaling from the global models for water supply is completed by external parties and we expect it to be operational in 12-18 months.”

“Given everything they do – drinking water supply, wastewater and storm water especially – it will be massively impacted by climate change projections.

“This is a really sad indictment on climate change preparedness when New Zealand’s biggest three waters company owned by Auckland Council hasn’t factored in climate change when everything they do is at the mercy of what is predicted.”

Dr Judy Lawrence is a senior research fellow at the Climate Change Research Institute, Victoria University of Wellington, and has undertaken research for Watercare on how climate change will impact its services. She says while she hasn’t been involved with Watercare’s modelling project, delays to develop these models “is a national issue across all councils and water services’’.

“Some of the reasons relate to how councils operate in professional and governance silos, the slowness of the planning cycles, staff capacity and capability, lack of policy direction, mixed messages, lack of adaptation finance and the way the law is written.”

“Aucklanders should be very concerned that infrastructure is not to scale to accommodate our growing population.

“Watercare’s planning and infrastructure officers work tirelessly to meet the region’s demand. But Watercare does not direct the scale, timing and location of growth that places incredible pressure on its network.”