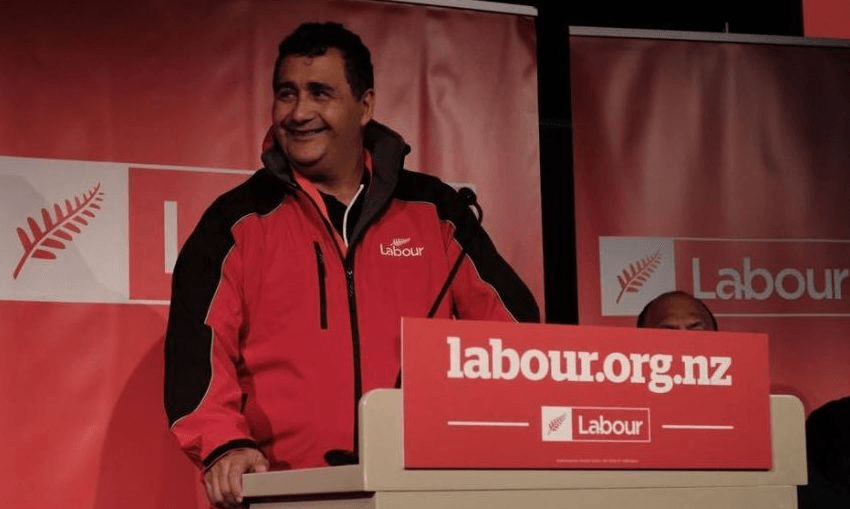 Tane Phillips is a frontrunner for the vacant Labour Party presidency. Photo: Facebook

Only one parliamentary party lacks a Māori leader. Here’s how they fix it

Tane Phillips is a frontrunner for the vacant Labour Party presidency. Photo: Facebook

If Labour MPs are serious about the Treaty and its promise of power-sharing – and if the members and delegates are keen to honour their party’s special history with Māori – the answer is clear, writes Morgan Godfery.

“Parliamentary party leader” is probably the only decent demographic where Māori make up a majority.

I mean, Ngāti Maniapoto’s Simon Bridges leads National. New Zealand First can point to its chief, Ngāti Wai’s Winston Peters, and his little chief, Te Arawa’s Fletcher Tabuteau. Hokianga queen Marama Davidson co-leads the Greens. Even Act’s David Seymour can trace his whakapapa to a Treaty signatory. Labour is literally parliament’s last hold-out. Is that weird that the most popular party among Māori is the only one without a Māori leader?

I struggle to reconcile it. If you knew no New Zealand history, and you could only rely on the values and policies of its current political parties, I suspect most people would pick the pattern running in reverse. Labour leading the race, electing Māori leaders early and often, and National and the others fighting over a second-place finish. Yet the pattern is almost entirely in reverse. The highest ranking rangatira in early New Zealand politics – Sir James Carroll in 1887 and Sir Āpirana Ngata in 1905 – were conservative men in what we’d recognise today as conservative parties. It took Labour decades to catch up with their own ranking man, Eruera Tirikatene, in 1932.

I wonder, then, with that surprising history front of mind, whether party delegates at this year’s annual conference in December will opt for the Māori candidate in their presidential election. Nigel Haworth’s resignation means there’s a vacancy, and there are two frontrunners on the ballot: Claire Szabo, Habitat for Humanity’s capable and popular CE; and Tane Phillips, the party’s serving Vice-President Māori and the union boss for Kawerau’s pulp and paper workers. If the delegates opt for Phillips – and consider this me as hoping they do – he’d become only the second president with whakapapa in Labour’s entire history. Sir Charles Bennett was the first and last in 1972.

That’s an indictment, isn’t it, that if Phillips does win that it took four and a half decades for another Māori to make it to the top of the party? It’s an uncomfortable admission to make for the party that held all four Māori seats for more than half a century: outside of those seats their record backing Māori is often thin. Southern Māori’s Whetu Tirikatene-Sullivan was the first Māori woman to make cabinet, holding the tourism and environment portfolios in the third Labour government, but despite serving 10 terms and entering the Order of New Zealand the trailblazer didn’t make it into the fourth Labour government’s cabinet.

This isn’t necessarily meant to shame Labour into just electing the Māori. But it’s a reminder of the history and meaning at stake. If MPs are serious about the Treaty and its promise of power-sharing, if the members and delegates are keen to honour their party’s special history with Māori, and if they all agree Māori representation is in and of itself a progressive choice, the answer is clear. Elect Phillips. In this country Māori should sit alongside non-Māori whether that’s a Māori party president and a non-Māori Parliamentary leader or a Māori parliamentary leader and a non-Māori party president.

This is all terribly obvious to Māori, and it’s something Labour members (as progressives and leftists) should get. But if not, you can frame this argument another way too. Phillips comes from nearly all of the groups traditionally locked out of power: he’s Tūhoe; he’s provincial; he’s an industrial worker who went from the shop floor to representing his colleagues as their union secretary; and he’s from Kawerau, one of the most deprived communities in the country. With respect, I’m not quite sure Szabo – whose background and views seem close to the dominant Ardernism – can claim the same. In these senses, then, electing Phillips as president is a landmark. And it’s probably the kind of radical choice Labour needs more of.

Disclaimer: Morgan is from Kawerau too. And his old man went to school with Phillips.