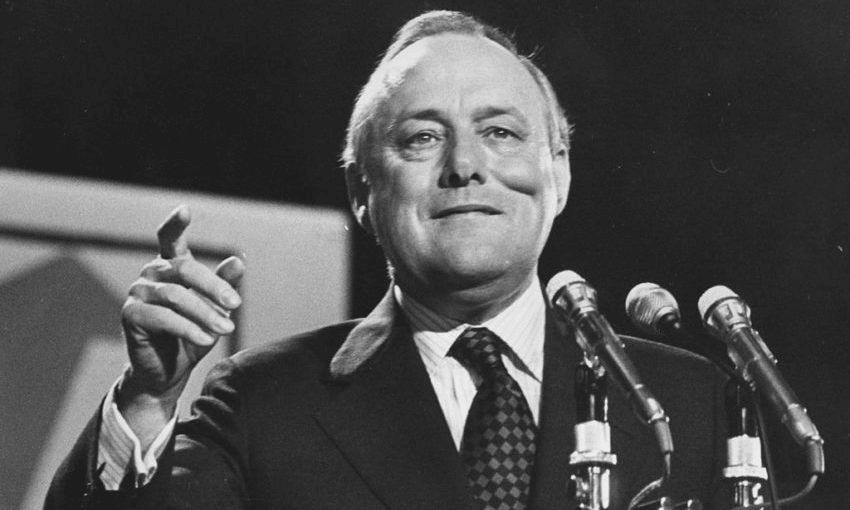 The Shane Jones led scheme offers an incredible opportunity to invest in a sustainable future for people living in New Zealand’s regions, but at this rate it will be remembered as a byword for flawed ecnomic development policy, write Alex Penk and Julian Wood of the Maxim Institute

What do the words “Think Big” bring to mind? Most of us probably think of policy failure, oil shocks, and central government overreach. The Muldoon era casts a long shadow, long enough to touch policy-makers today, long enough even to touch the government’s flagship Provincial Growth Fund. In fact, there’s a risk that the PGF could go the same way as Think Big and become the modern synonym for flawed economic development policy. Fortunately, it’s early days and there’s still time to turn the PGF around so that it can do the job we need it to. But the government needs to start changing course now.

There’s a lot that can go wrong when central governments try to change regional outcomes. Interventions initiated from afar can easily misread local conditions; Wellington priorities can override local ones. Spatial policy — developing different policies for different places — is high risk by nature. But it can be a risk worth taking, particularly given the scale of the challenges facing our regions.

Take Greymouth, for example, a town where the mayor has said, “Our biggest export was our kids.” Faced with decaying buildings and a declining local economy, the community is well aware of the challenges ahead. More generally, many of our regions will find their populations diminishing and their inhabitants ageing over the next 30 years, at the same time as they struggle to afford infrastructure renewal and face global economic trends like agglomeration, where talent and capital clusters and sticks in the major centres.

That’s why the government’s commitment to the regions is welcome, and it’s why the PGF could be just what they need. But it’s time for an injection of realism if the PGF is to live up to that promise, and if the PGF is to become a risk worth taking.

If spatial policy is risky by nature, then parts of the PGF’s current design seem to unnecessarily increase that risk. The most obvious: scale and timeframe. The previous government committed $11 million a year to regional development; compare that to this government’s $1 billion annual commitment, and pity the poor public servants who have to suddenly figure out how to spend an extra $989 million responsibly. They don’t just have to do it once, either; they have to place a billion a year for three years.

When you’re trying to spend an increase of that size that fast, there’s a high risk of backing bad ideas and undercooked proposals. We saw this in reports that a Northland trust had been funded to plant 1.2 million seedlings under the PGF, but could only plant 191,000 of them. Seedlings worth $160,000 had to be mulched. In the scheme of the PGF, that’s a tiny amount, but it’s a canary in the coalmine that alerts us to the possibility of failure on a much bigger scale.

It’s critical to get the PGF right, not only for the sake of the regions, but because the fund represents a huge opportunity cost. It’s $3 billion that we’re not spending elsewhere, on payrises for teachers, upgrades for hospitals, or funding for Pharmac. Every dollar wasted counts twice; once for the missed opportunity in the regions, and again for the missed opportunity to spend on other needs. Getting it wrong will only lead to cynicism, burning off public trust and goodwill, and a reluctance to invest in development that the regions desperately need. In short, another Think Big-like flop.

The good news is that we can minimise the risks of failure and give the regions the help that they need, by looking at overseas evidence we can use to improve the policy. This won’t guarantee success—nobody said this wouldn’t be risky—but we can make some fairly easy fixes that will ensure these risks are reasonable and make the PGF fit for purpose. We’ve discussed these solutions in detail in the research we’ve released today; here are some of the key recommendations.

First, the PGF should focus on potential, not growth. This was a problem under the last Government too. Their Business Growth Agenda and Regional Growth Programme had the same common denominator as the PGF: growth. But the scale of the challenges facing the regions makes it clear that some communities are not going to grow. Instead, they need to think about transitioning to a smaller, better future, not a bigger, more lucrative one. Despite this, the PGF’s objectives are focused on growth and the vast majority of regions are pursuing growth-only strategies. There are a handful of exceptions — Greymouth has been given $125,000 by the PGF for a revitalisation plan — but we need to see much more of this.

Second, the PGF badly needs to invest in more evaluation. That means setting aside funding for robust testing: whether proposals are a good fit with PGF goals, are well-designed, have good benchmarks for success, and whether they actually achieve them. Worryingly, we found no evidence of evaluation budgets for any significant funding decision, and while there were some conditions attached to some funding and goals set for some funding approvals, there was no publicly available evidence of how those goals were set or how they will be evaluated.

It’s hard making the case for evaluation, because no-one likes spending money on boffins (sorry, boffins). But evaluation is like insurance. You pay it because it secures the value of your major investment, in this case by ensuring there’s a feedback loop that will inform future funding decisions. Creating this kind of learning process will give the public more confidence in the PGF, too. It should be mandatory for any application to the PGF for $10 million or more to have a detailed and budgeted evaluation plan as a condition of funding approval, and we’d like to see this information released proactively.

Third, there needs to be more collaboration. For example, out of ten Regional Action Plans (RAPs) covered by the PGF, five include mānuka honey production but only one of those mentions working with other regions. Most of the RAPs are becoming outdated and were developed under the previous government, so they don’t match the hugely scaled up vision of the PGF well. The RAPs are the main way these regions have articulated their own development strategy, and it’s an urgent priority for them to be refreshed. While this is happening as part of the overall PGF process, that’s just not soon enough. Collaboration needs to be a focus of the refresh, because sharing knowledge and innovation across regions and sectors is where we can make real productivity gains.

Lastly, we need to uncouple the PGF from the election cycle. Regional spending is already prone to pork-barrel politics, and it just magnifies the risk to have the same deadline for a headline-grabbing $3 billion fund and the politicians’ competition for public affection.

In fact, there’s no good reason to be trying to do all this in three years; it’d be far better to take more time and do it right. When you’re in a hurry, you’re more likely to just grab the low-hanging fruit, to accept the first applications that land on your desk because they’re “shovel-ready” rather than weighing up whether they’re the best investments overall.

We’ve all heard that the faster you go, the bigger the mess. What’s true for the roads is true for the regions. The Provincial Growth Fund represents an incredible opportunity to invest in a sustainable future for people living in New Zealand’s regions – an opportunity we can’t afford to waste. Let’s do it right.