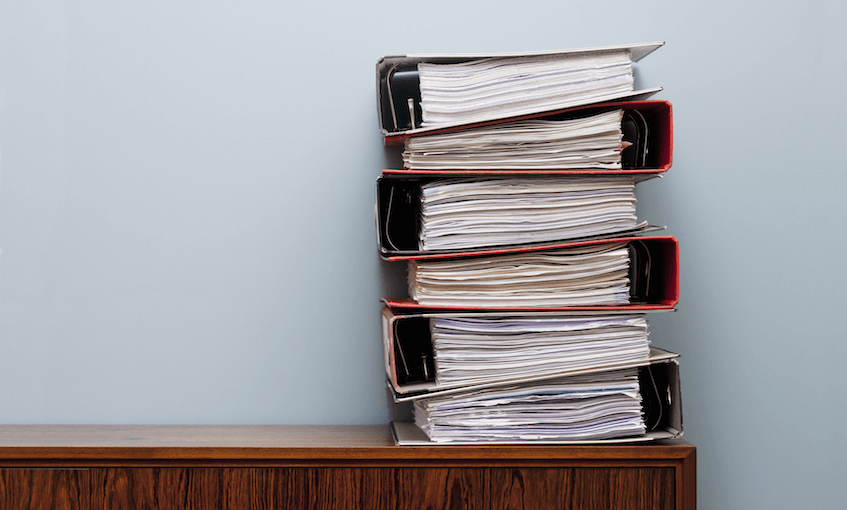 Document dump: What’s in the latest round of Covid-19 papers?

The government has proactively released a whole bunch of Covid-19-related documents. Alex Braae has been trawling through them to bring you the highlights.

The last time a whole lot of Covid-19 papers were released, it was controversial. They came out late on Friday afternoon, and seemed to be a case of overwhelming the nation’s journalists and watchdogs with information at an inconvenient time.

This time, the release happened very differently. The government’s press people gave quiet warnings that it would be coming out on Friday morning, and then it did – right on time.

So what’s in the latest round of files? By our count, there are 256 documents in total, so it’s fair to say this is only a small selection of interesting points. But we’ll keep adding to the list over the course of the day as new details come up. Here are a few excerpts:

In a cabinet paper summary, ministers were warned that Covid-19 would put severe strain on parts of the world order that New Zealand’s diplomats rely on. On trade, it warned that we will face even greater headwinds as nationalism and protectionism become more pervasive and more entrenched, as global demand plummets. At the same time, global institutions that can coordinate action are under threat. In sum, it anticipated a “less open” world than what existed before.

The impact of that would be a higher risk of conflicts breaking out, and a dampening down of enthusiasm to address climate change, warned the paper. The paper underlined that NZ’s foreign policy priorities – of internationalism and commitment to a rules-based world order – would remain the same, but become much more difficult to carry out.

A proposal was taken to cabinet for the energy sector to get exemptions for overseas workers. However, it isn’t clear whether or not they were granted. It appears the requests were for only a tiny number of specific workers with job offers and their families.

Among the challenges facing the sector is a lack of trained worker supply – for example, Trustpower asked for an exemption because it was “currently operating with limited technical capability, as three other workers with similar skillsets left earlier in the year. This further increases associated service delivery risks, especially as the workload increases.”

There was also a request for a worker to assist in the unloading of sensitive cargo for the Waipipi wind farm in south Taranaki. “The worker performs the role of cargo surveyor for delicate cargo. The unloading of wind turbine components is a delicate operation and requires special handling. The role is critical for ensuring that the turbines arrive in a safe manner for construction. This is also an important role for various contractual and insurance mechanisms.”

In both cases, there was every assurance that the workers would go through standard quarantine processes.

One of the major points made right at the start of the alert level system was that it might be implemented on a regional basis. To date, that hasn’t happened – in part because it has been possible and much simpler to simply move nationwide. There was also a fear that allowing some regions to ease up before others could undermine the overall “social licence” government was working with.

However, there was a glimpse of what regional alert levels might have looked like in a noting paper. It would have included both softer and harder measures. For example, there would have been public information campaigns and electronic signage. It also would have probably included physical checkpoints manned by NZDF personnel, and potentially electronic checkpoints using number plate-reading technology.

Why the 5G spectrum auction was cancelled

A cabinet minute from broadcasting minister Kris Faafoi outlined the reasons behind cancelling the 5G spectrum auction, to instead make fixed price offers to the various companies that had expressed interest in bidding. They were Spark, 2 Degrees and a UK-based company called Dense Air – Vodafone already being covered by existing arrangements.

Faafoi sees the rollout of 5G as important for economic development, but the economic conditions of Covid-19 had hurt the bottom lines of telecommunications companies, and diminished the short-term investment case. As such, a direct sale of spectrum allocation was offered, in part because it would be more efficient than restarting or reshaping the auction process again later.

One interesting note within the minute was around the expectation of media coverage. “As you are aware, there is some concern within communities in New Zealand (and globally) about the possible health impacts of 5G technology. I anticipate the government’s decision to allocate 5G spectrum to bring forward mobile infrastructure investment to generate commentary.”

Quarantine costs unlikely to be imposed on returnees before October

A paper and minute on returnees noted that contingency funding for facilities for returnees was in place until October, with that date picked out as a time there was likely to be more clarity on overall border arrangements.

The document also noted that if restrictions were stepped up on returnees, that would likely be seen as appropriate and proportionate by other New Zealanders, because it is widely understood as being the most likely source of reinfection. As it turns out, the April document was prescient – several recent stories indicate that some New Zealanders are actively hostile to returnees.

There was also an indication that facilities outside of Auckland would need to be used to keep up with the demand from returnees.

Corrections made sure prisoners were getting minimum exercise allowances

Changes were made to how prisons operated at alerts level three and four, with social distancing measures in place. As such, there was keen interest in ensuring prisoners got their minimum exercise entitlements under legislation – both from media enquiries and from the office of the ombudsman, which investigates prisons.

A briefing found that 96% of prisoners were still getting their daily hour of exercise, and in some cases more. However, the briefing noted that the review had “not addressed the question of whether those in our care are receiving sufficient time outside their cells in order that other entitlements (including phone calls) are able to be met”. Incidentally, a report broke recently on Stuff around complaints from the families, that strict interpretations of Covid-19 rules means that prisoners aren’t allowed to hug their children. The report also noted “room for improvement” in how documentation on the matter was kept.