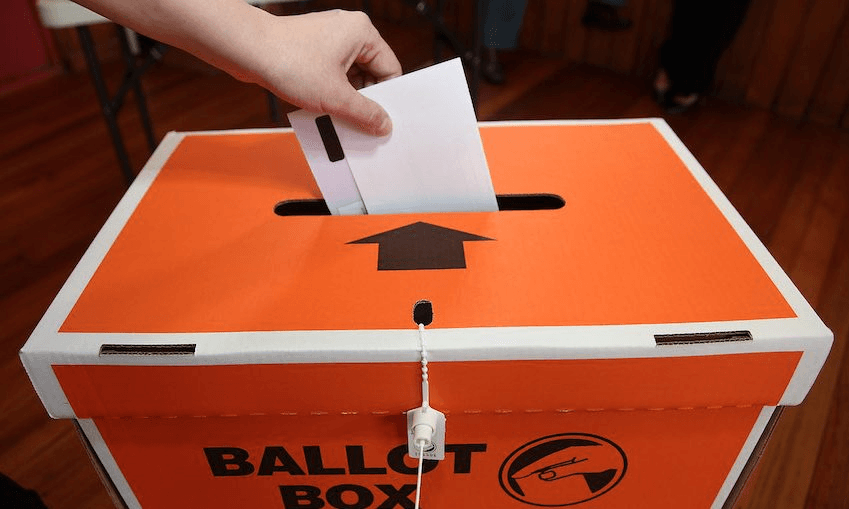 If Labour and National both get 40%, who gets into parliament?

Right now the polls suggest Labour and National are sharing about 80% of the vote. If they draw level at 40% each, who will get into parliament and who will get thrown out? And what about the Greens?

We’re not saying they’re going to get 40% each. But that does seem to be the number both major parties are heading for at this stage in the election campaign. If 40% is where they end up, Labour would have three times as many new MPs as National. It would also have nearly twice as many women MPs. At 40% each it doesn’t look like any high-profile MPs would lose their spots, but if National dropped any further that would quickly change.

In a 120-seat parliament, 40% translates into 48 MPs. Under MMP, the votes for parties not getting any MPs are discarded and the percentages are recalculated. Out of this, parties getting 40% would probably end up with two more MPs each, bringing their total to 50.

For Labour, 50 MPs is 22 more than they have now. There would be a swing to Labour in the electorate seats as well as overall, but none of its candidates ranked very low on the list are likely to win an electorate seat, so that wouldn’t disrupt the list. If Labour gets 50 MPs, it will be the top 50 people on its list, minus five. That’s because there are five Labour MPs in Māori electorates who are not on the list at all (Kelvin Davis is now on the list). On this basis, here’s what the Labour caucus would look like:

The details of Labour candidates are here.

If National gets 50 seats in the new Parliament, it will have eight fewer MPs than now. It’s harder to say exactly who will be in and who out, because some popular electorate MPs may hold out against the trend. I’ve assumed that if National falls to 40% of the popular vote it will also lose some electorates, especially in the cities. On this basis, here’s how the National caucus would likely shape up:

Find out more about the National candidates here.

What about the Greens?

Here’s which Green Party candidates get into parliament, with each additional percentage point of the overall party vote:

Find out more about the Green Party candidates here.

Note: The final allocation of seats according to party votes is subject to the detail of the final vote, as it applies to all parties, and this will not be available on election night. These calculations are a guide.

NZ First is yet to publish its list. We look forward to exploring that when it does.