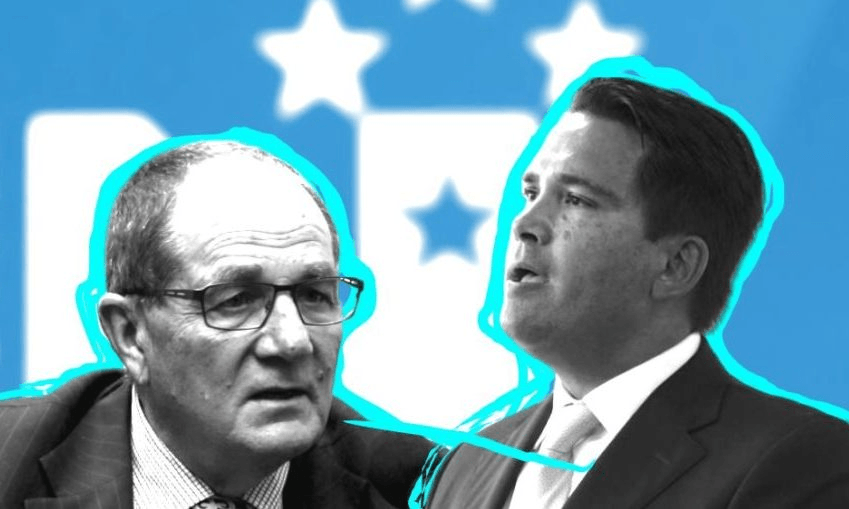 Simon Bridges: A response to my old mate, Chester Borrows, on crime and justice

In a column for The Spinoff yesterday, former National MP Chester Borrows lamented the cheap political rhetoric on crime and justice, including that of the current National Party leader. Here Simon Bridges responds. We’re not as far away from your prescription as you might think, he writes.

Usually when I write a column in reply to someone, we’re on opposite sides of the political spectrum. I’ve never written one in response to a former caucus colleague – but here we go.

Yesterday Chester Borrows, whom I personally have a huge amount of respect for but professionally have some differences with, wrote a column for The Spinoff.

Chester listed nine things he wanted to see. We have five of them are in our document. Five more than Labour has plausibly come up with, despite being in government.

“More use of therapy and rehabilitation earlier in sentences and keeping people on parole longer because it incentivises better behaviour.”

We propose exactly that. Interventions right from when someone is put on remand so they can get access to the services they need (particularly mental health) to get them back on track. We want people to be able to turn their lives around, so when they leave prison, they can go on to lead better lives, and most importantly, don’t create more victims. This is a fundamental part of our Social Investment Approach, instead of spraying money at everyone, targeting it to those who need it the most

“Parties campaigning on more education in prisons and teaching to more appropriate learning styles to prevent young people not learning in classrooms and going on to create victims when they should be in school.”

We propose there should be more education in prison, that low and medium offenders should have to pass NCEA Level 2 literacy requirements before they’re eligible for parole, and prisoners be made to be in work, training or education. Again, this is about turning lives around, so people can learn the skills they need so they can have a better life when they’re released.

We also want young people who make a silly mistake to have a second chance to get their life back on track.

“Politicians would campaign on a better and fairer process for victims who get dragged into a justice system which is conducted in a foreign language, namely ‘legalese’, using outdated processes which are equally traumatic with the offending at the centre of the case being prosecuted. Victims of many crimes say they would never report again in the same circumstances because they have been so injured by the way we do ‘justice’ these days.”

We propose modernising the court system to help victims, including asking questions about how the system can be simplified for victims, how we can make it easier for victims to get support, how we can make the criminal justice process as a whole more easily accessible and easier to navigate.

We also propose that victims should be able to have their Victim Impact Statement read in full and not edited or censored by the court. And that Victims should have to opt-out of being on the Victim Notification Register, rather than opt-in to it. That way they’ll always be kept informed of when their offender is up for parole and don’t have to worry about opting into a system when they’re still dealing with grief.

We propose better access to mental health testing and treatment in the remand phase, as well more intensive support and better cross-agency work to help prisoners exit prison. Agencies working together to provide wraparound support is another key part of our Social Investment Approach.

“Parties would campaign on work opportunities, education, and skills training for prisoners because the common denominators in prisoners returning to jails is a lack of education, skills, and work. It is easier to hate than it is to care enough to do something meaningful.”

We believe our policy document will make New Zealand a safer place for everyone. But National won’t shy away from holding people to account for serious and violent offending. When you take away someone else’s rights and create victims, there should be consequences.

Finally to my old friend Chester, you said that you hadn’t received a flyer to our event. Mate, you are always welcome. The only thing I can’t promise is more places on working groups after the election. We’re doing the work in Opposition and we’ll be ready to hit the ground running in 2020.