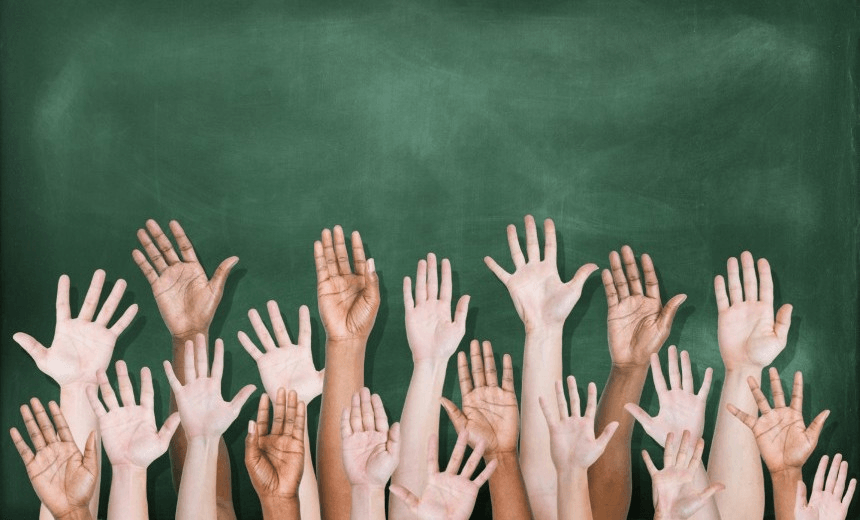 Blink and you’ll miss it, but the nation’s most important elections are under way right now

We’re in the middle of the single biggest democratic act in the land and there’s hardly been a ripple about it. Paul Brislen issues a clarion call to New Zealanders – or at least those with kids at school

Every three years we, as a nation, get to make this decision and what we decide will help shape a generation of New Zealanders. Rightly or wrongly, the power is in our hands.

I refer, of course, to the election of Boards of Trustees at the nation’s 2,538 schools.

Each school needs five trustees so more than 12,000 parents are currently being poked, prodded, coerced and gently taken to one side and encouraged to stand for election.

For many schools, particularly in rural New Zealand, this is a big ask and there’s a struggle to fill the Board. Some schools have the opposite problem – Epsom Girls Grammar, Christchurch Boys and several other schools have 15-20 parents standing for Board.

But what does the Board do?

Ask the kids and they’ll tell you they run the school. I’ve met a few parents who think the same thing but it’s not quite right.

The School Trustees Association (NZSTA) defines the Board as “The Crown entity responsible for the governance and the control of the management of the school”, which is nice but a bit scary. Governance. Control of the management. Policy. Say that to most parents and the reply is almost invariably the same: “The last time I met the principal I was standing outside his office waiting to be caned, ho ho”.

Until Tomorrow’s School was introduced in 1989, the governance of our schools was one of centralised control, run out of Wellington by the Ministry of Education, which of course meant the principals were left to their own devices to create a fiefdom that answered to no one.

Oddly, this was seen as a good thing by several principals and when Tomorrow’s Schools raised the idea of “hey, why don’t we ask the families and local community what they’d like from a school” they declared themselves unimpressed and promptly retired. I am far from the first to say this is probably a good thing.

Tomorrow’s Schools required the schools to report to Boards of Trustees made up of local community members. Parents were encouraged to stand, or to choose a representative, and to be involved in the running of the school.

This does not mean board members sitting in class and judging the teaching style. It does not mean local schools can decide to kick out that pesky “science” thing and concentrating on the true word of the Flying Spaghetti Monster or similar. All that tricky curriculum stuff is handled by the Ministry and all that teacher oversight stuff is handled by the school’s management. Professional people, doing the job professionally.

The board’s job is governance. Make sure the principal isn’t skimming money off the top of those sumptuous budgets, or appointing her brother to do that huge building project, that sort of thing. Making sure the school has a policy for health and safety, for student well-being, is acting as a good employer.

We also get regular updates on how the kids are going in class: aggregated data so we can see where we need to get in more resources or professional development, that sort of thing. We help craft the budget – do we buy more netballs or get in some digital projectors for the classroom? – and when push comes to shove we hire the senior staff, including the principals.

I helped do that last year with our local intermediate school. Last time the school hired a principal, 16 years ago, we had 50 or more applicants. This time, we had fewer than a dozen. We’re in Auckland and not a single applicant from outside the city applied. Because who wants to try to live on a principal’s salary in Auckland?

So far it’s working well. It’s only 27 years since the model was introduced (that’s not long in terms of education – think about how many entire schools of kids have turned over in that time) but the data has been strong for the vast bulk of it.

One of the key tenets of education is that in order to build life-long learners, as we all have to be these days, you need to extend education beyond the school and into home life. This isn’t just homework but more about engagement with families. If they’re running the kids through their times tables and encouraging critical thinking then the children will do better in school and in life.

There does appear to be a dark cloud on the horizon however. The move to Communities of Learning is a great idea in that it means primary schools, intermediates and high schools will all talk to each other about what’s going on with the kids. High schools can say “You’re not doing well enough at teaching them maths” for example and the intermediates and primaries can adjust the course accordingly. As part of the Community approach, extra money has been floated for principals to step up to become super principals – able to go to other schools and generally collaborate on the education piece.

That sounds dangerously like the superintendent model to me – schools run by Deputy Principals while a regional head travels from place to place making sure the targets are all met.

Where does the Board sit in all of that? Well, it probably doesn’t because that governance role will be replaced with direct management.

None of this has been spelt out as yet but it seems a logical progression to me and one that is a concern, because if you outsource your kids’ education, you’re outsourcing the future of the country and that’s not something I’d encourage.

So vote for your board member or better yet, stand yourself. I’ve learned so much from being on a board that I’ve applied in my working life and I hope I’ve added something in return. Seeing education from the other side of the table is fascinating and from where I sit our kids are in safe hands.

And that’s really all you can ask.

Paul is on the board of his local primary school, and his intermediate school and has put his name forward for the high school. Clearly he has too much time on his hands.