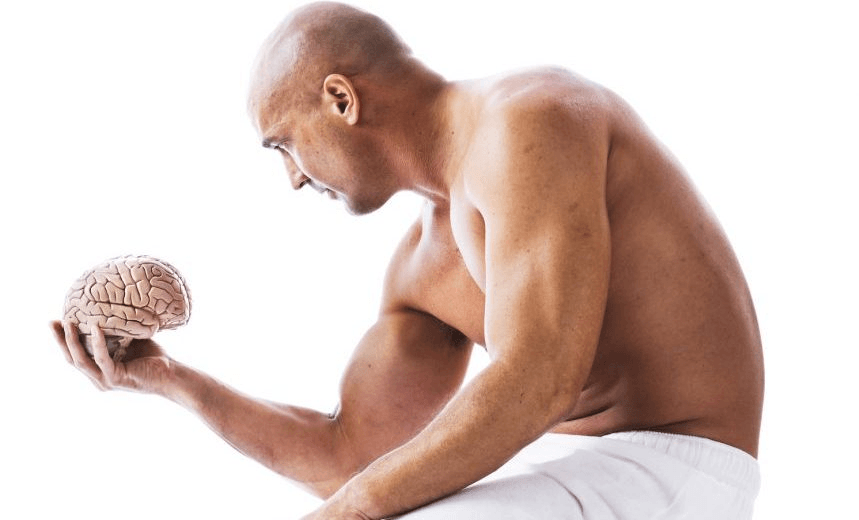 Muscular man ponders a brain he’s holding in his hand. The brain is an anatomically correct medical model. Shot with a Canon EOS 1Ds Mark III and L-series lens.

Five questions the government must answer about the Barclay scandal/existence

Muscular man ponders a brain he’s holding in his hand. The brain is an anatomically correct medical model. Shot with a Canon EOS 1Ds Mark III and L-series lens.

Bill English is known as one of parliament’s deep thinkers. Never has this been more on display than Saturday, on Newshub’s The Nation. When asked about the current location of the alleged secret recordings of a staff member by MP Todd Barclay, the prime minister began a lengthy meditation on whether, in the absence of any evidence – except Todd Barclay’s say so, a hefty employment payout and a sitting MP ending his political career – we could be sure there were ever any recordings at all.

It’s a question that is philosophically entirely valid, if a little puzzling given that four days of political chaos had just proceeded on precisely the assumption by all parties that recordings had been made. It is also a reminder of just how little we really do know, about wildly out of control political spats and about the endless mystery of the universe itself.

Below are five outstanding questions that must be answered about the Barclay affair/existence.

1. How can we establish the recordings exist?

As the PM said over the weekend, “the fact of the recording has never actually been established.” He has a point. We may admit that Barclay offered to play English the recordings and English himself discussed them with a National Party official, noting the employee’s settlement was “larger than normal because of the privacy breach”. Yet we can also admit that Bill English has never heard them with his own ears, and nor have journalists or the police.

Every day we proceed on the basis we know certain things – the sun will rise tomorrow, we will make it across the road safely – that we have no assurance about at all. But the standard here must be higher. Can we trust what Todd Barclay said to Bill English? Can the prime minister? Without a solid epistemological framework, can we put pen to paper about the resignation of a first-term MP at all?

2. Is identity stable over time?

Of course the National Party leader must take responsibility for what errant backbencher Todd Barclay did on his or her watch. But what exactly do we mean when we say that? While there has always been a National Party leader, the person in that role has changed over time from John Key to Bill English. Is this the same person, or someone different?  And while the leader is a new individual, many parts of the Leader’s Office from 2016 still persist, even as others have been replaced: his chief of staff is the same, the desk is the same. Is this a new office or the old office? A classic Ship of Theseus problem confronts anyone writing about the internal politics of the Balclutha-Southland branch of the National Party!

3. Can we ever make ourselves truly understood?

When we use the clumsy tool of language to communicate our thoughts, we are essentially trying to describe “a beetle in a box”, which only we can see. If I say something is “red”, I have to assume that the person I am speaking to has both seen that colour before, and knows that I use the label “red” to name it – otherwise my words are meaningless.

Do media asking Bill English about alleged secret recordings have the same understanding of what “recordings” are as the prime minister? As each other? Do they mean an old fashioned dictaphone with microcassette tapes, from the Dipton stationers? A digital recorder? A CCTV link? Or something completely different? The tragedy of human existence is that we are social animals who can never really connect with anything outside ourselves, and this is no less so when reporting factional fights in the Southland National Party!

4. What is causation and is there any such thing as free will?

One of the most puzzling parts of the whole “secret taping” saga is that Barclay could have invoked parliament’s guilt free “relationship breakdown” clause to terminate his employee’s contract, instead of the alleged – and baffling – amateur CSI antics. So what caused this political conflagration? Was it, as commonly thought, Barclay’s alleged secret recordings of a staff member? Or was it a lack of induction, training and support for a new MP by the Parliamentary Service, which perhaps led him to so catastrophically misunderstand his rights and responsibilities as an employer?

Was the cause really the withdrawal of 2014’s favoured candidate for selection in Clutha-Southland, which set Barclay on his path to parliament? Where does responsibility lie? Could a single different action have led to any of a thousand alternative outcomes, or could nothing have forced the unforgiving deterministic engine of the universe off its course? Of all the outstanding questions about an employment dispute in Gore, this is surely the most important.

5. Did anyone tell Barclay to destroy the recordings?

This one is pretty important, too, actually.