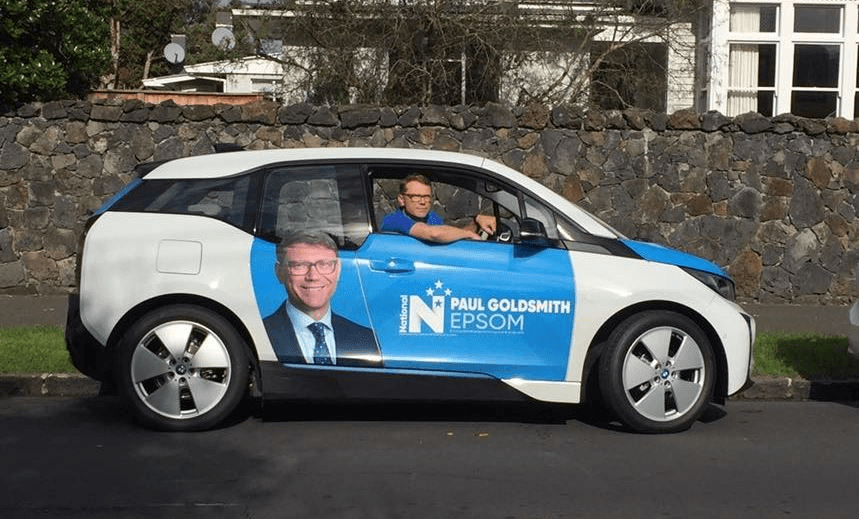 Nope, sorry: NZ does not have the world’s costliest Covid-19 response

New Zealand leads the world in rugby, flightless birds and egg white based desserts. But despite a claim from National, the national economic response to Covid-19 isn’t world-beating, writes Justin Giovannetti from the Beehive.

On the same day the National Party unveiled its first election hoardings, which promise more jobs and a better economy under Todd Muller, the party’s finance spokesperson said New Zealand’s Covid-19 response is the world’s costliest with some of the worst results.

It’s a line you’ll hear a lot in the coming months from finance spokesperson Paul Goldsmith and his boss. This is what he said on Friday about numbers from the International Monetary Fund.

“Their figures show New Zealand has spent the most amount of taxpayer money in response to Covid-19 by far,” said Goldsmith in a statement.

“Yet despite this government’s mammoth spending, New Zealand is still expected to achieve one of the worst economic outcomes in the OECD which will mean fewer jobs for New Zealanders. It doesn’t add up.”

In this case he’s right. It doesn’t add up.

Figures from the IMF, quoted by Goldsmith, do show that the Labour-led coalition is spending a vast amount of money in response to Covid-19. But it’s not the biggest. It’s not even in the top three.

According to the document, New Zealand is going to spend 21.3% of GDP on its Covid-19 response. The vast majority of that money was allocated in the government’s May budget but hasn’t been spent yet. Most won’t be spent this year. It’s an enormous amount of money and I wrote about it here.

One of the problems voters will face in the coming campaign is distinguishing National’s recovery plan from Labour’s. In an interview with Jack Tame, Muller struggled to explain whether he’d spend a dollar more or less than Jacinda Ardern.

Regardless of who wins in September, spending won’t change all that much. The 21.3% of GDP number from the IMF is also the one quoted by Goldsmith and it is the biggest amount of money spent directly by a government, as a share of its economy, anywhere in the world. Goldsmith is right on that. The problem is, that’s not the only way governments are responding to Covid-19’s economic slump.

For the three biggest relief packages, spending by central government agencies is not where their main oomph is coming from at all. Instead, you need to look at off-budget measures. In English: Risky loans to struggling businesses, governments buying financial assets, or assuming the debts of failing public corporations.

In that category, the Ardern government has spent a further 4.2% of GDP, about $12.4-billion, in loan guarantees to Air New Zealand and other small businesses.

Step aside New Zealand. It’s Berlin’s turn to show you how to spend cash.

Germany has only increased central government spending by 9.4% of GDP, through a number of programmes, including some providing loan subsidies, more child support and a €30 billion cut to the sales tax.

Where Germany has allocated most of its support isn’t through government agencies, but through programmes shovelling money directly into companies. A €600 billion fund (worth over $1 trillion NZD), and representing 31.5% of Germany’s GDP, is the centrepiece of Chancellor Angela Merkel’s relief programme.

Italy and Japan have followed similar paths, with smaller increases to government spending alongside eye-poppingly huge programs of loans and guarantees to business.

There’s one more problem with Goldsmith’s assertion. New Zealand has one government, based in the Beehive. It’s an easy system to follow as a citizen and as a journalist. Most of the world isn’t like that.

The IMF figures only look at central government spending. So that German figure, with nearly 41% of GDP in relief spending, ignores one thing: Germany’s states are spending money, too. It’s the same deal in Australia, Canada or the US. Add state spending to central government spending, and then you can compare how much the team of five million is spending compared to the team of 83 million Germans.