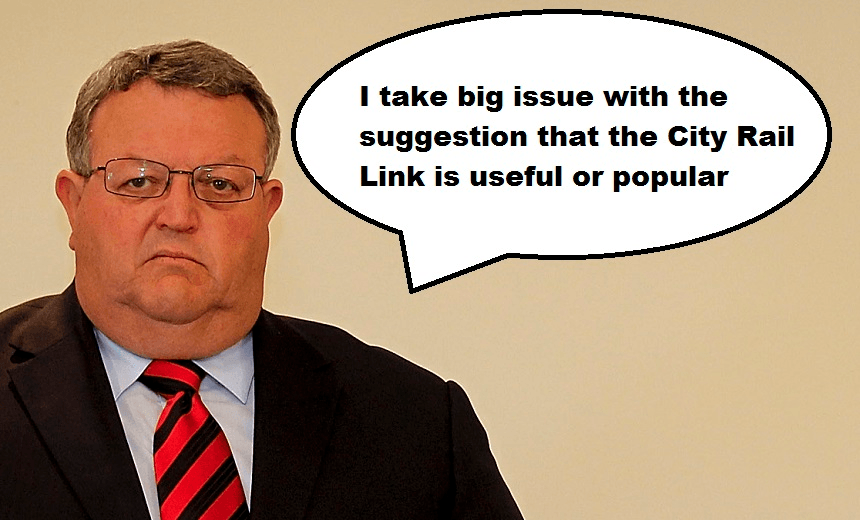 In light of National’s decision to fast-track the City Rail Link, Hayden Donnell looks back at some of the times the party’s top MPs scorned the project as a terrible idea beloved only by wastrel lefties.

National’s stance on public transport in Auckland lurched toward sanity yesterday, with an announcement it will fast-track funding for the City Rail Link. Prime Minister John Key’s promise to start work on the $2.5 billion dollar project by 2018 differs slightly from his party’s original position, which, paraphrased, was that it would rather seal a billion dollars inside a life-size gold statue of Kim Dotcom than build anything other than a motorway in Auckland.

Now the tables have turned, and all it has taken is years of mind-numbing public debate, countless studies, and almost universal public frustration at the party’s stubbornness. National MPs, once so proudly opposed, must pretend to agree with the rail-loving pinkos they despised. Given the turnaround, we decided to take a walk down memory lane, and revel in the times National’s grandees trashed the project they now promise to fund to the tune of more than a billion dollars.

– Brownlee gently chides John Campbell on rail patronage and design, explaining that a 3.5km tunnel is no big deal

– Brownlee appeals to the younger generation, referencing a conman who built a shoddy monorail on a 1993 episode of The Simpsons

– Joyce issuing a warning about the CRL and the future of all the money, 2010

– John Key on the benefits of building the City Rail Link, yesterday