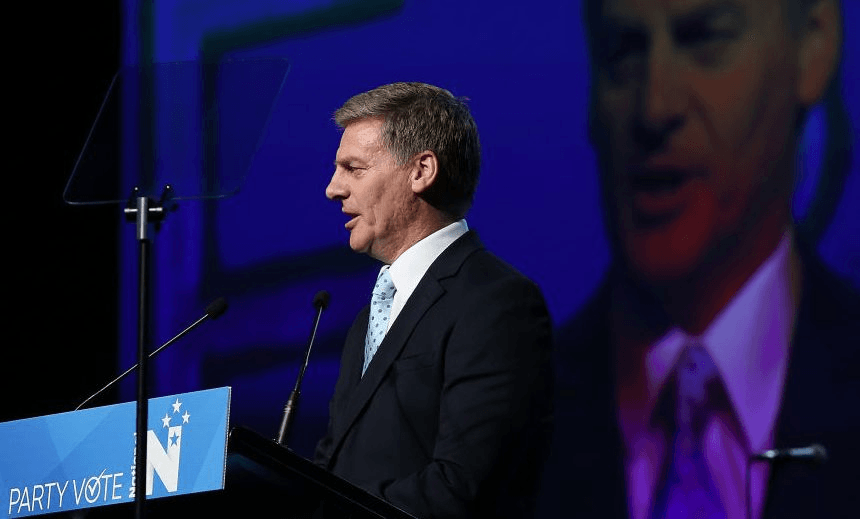 Choosing to relegate te reo into a group of languages is an insulting breach of treaty obligations, revealing a serious lack of commitment to the revitalisation of the language, argues Graham Cameron.

Among the key messages the National Party wanted to highlight from their 2017 election campaign launch was their proposed education policy package. The third part of that package is “a $160 million investment to give all primary school children the opportunity to learn a second language, if they choose.” The policy deserves the criticism it is receiving due to a lack of detail and the embarrassing discovery that it is a rehash of a statement in the 1993 New Zealand Curriculum Framework that was similarly lacking in detail and never implemented. However, my concern is that this is a belittling of our Treaty partnership, of efforts for the revitalisation of te reo Māori and its status as an official language of this country.

Te reo Māori and New Zealand Sign Language, both official languages of our country, are relegated in the National Party policy announcement to “priority languages”, alongside “Mandarin, French, Spanish, Japanese and Korean.” An official language has been afforded a special status in our law as a language that can be used within any arm of our government. Both Labour-led and National-led governments have demonstrably failed to make the effort to ensure that te reo Māori is afforded that special status; when the Office of the Auditor General audited the government’s own Māori Language Strategy at the end of 2007 (which was meant to improve capacity and capability in government agencies) not one government agency had created an implementation plan.

Te reo Māori is not a language that we think is a priority for nebulous reasons that have something to do with trade, business and geopolitics; it is a language that is part of our narrative as a country. When we choose to teach te reo Māori to our children, we are choosing to communicate something about our identity, about what is important; choosing otherwise is a very chilling statement. Choosing to shove te reo Māori back into a pack of languages is to say it is not our language; it is their language.

This is at odds with the Crown’s own laws. Section 2 of Te Ture mō Te Reo Māori 2016 explains its purpose:

(b) provide assistance to support and revitalise the Māori language.

Choosing to subsume te reo Māori into a group of languages bears no relation to the intent of this recently adopted legislation and the enormous record of the aspirations and needs for te reo Māori that came out of the months of consultation. More than that, to suggest that there is $160 million to invest in language education when te reo Māori initiatives received a measly $21 million over four years in the 2017 Budget (of which only $5 million is about direct involvement of whānau in learning te reo Māori) is insulting and demonstrates the National Party have no practical commitment to the revitalisation of te reo Māori.

Which brings us back to the reason that the Waitangi Tribunal heard Wai 11, the te reo Māori claim in 1986, and the reason that we got the original Māori Language Act 1987: te reo Māori is a tāonga (a prized treasure) under Article II of te Tiriti o Waitangi. The Crown deliberately and systematically attempted to destroy te reo Māori as part of the colonisation and assimilation, the ethnocide of tāngata whenua.

A language is a worldview; the language we use is a political statement. The Crown understood that tāngata whenua needed to have their identity removed, not just their whenua. This is not a matter of opinion, it is acknowledged in Section 6 of the above Act. In light of this history and its Treaty obligations, in Section 6(2) the Crown “expresses its commitment to work in partnership with iwi and Māori to continue actively to protect and promote this taonga, the Māori language, for future generations.”

If we follow the logic of the National Party policy announcement, it believes that it is going to “actively protect and promote the tāonga” by throwing it out to the market: if people want, people will learn it. In this announcement they have shown that nine years of the best efforts of the Māori Party at the table with them has been for nought; at their highest levels, the National Party do not understand the obligations to protect tāonga as guaranteed in Te Tiriti o Waitangi cannot be derived from the market. They are a danger to my language, they are danger to efforts to revitalise it, and they are an old enemy every bit as deceitful as Governor Grey, writing soothing letters of platitudes to rangatira whilst seeking control or destruction of our Māori future.