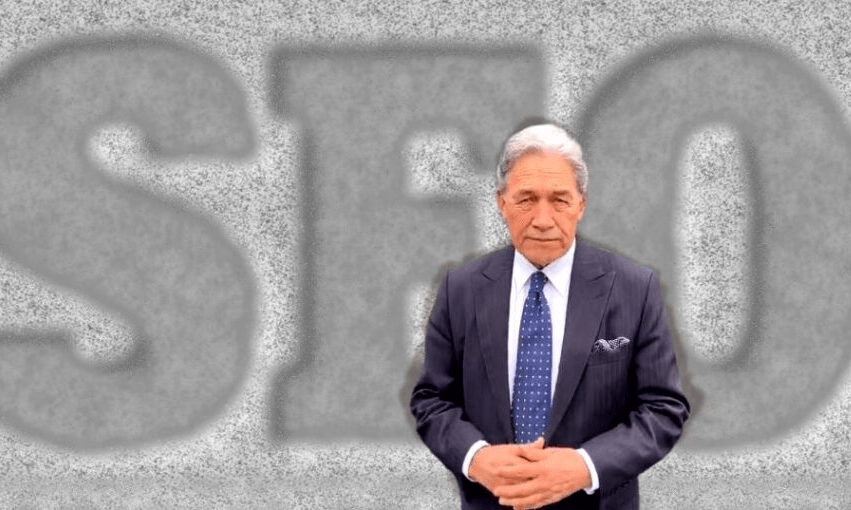 NZ First Party leader Winston Peters has not been charged by the SFO.

NZ First Party leader Winston Peters has not been charged by the SFO.

Two individuals have been charged by the Serious Fraud Office, but neither is an MP.

The SFO has filed a charge of “Obtaining by Deception” against two defendants in the New Zealand First Foundation electoral funding case. The charges were filed on 23 September.

The defendants have interim name suppression and so cannot be named or identified at this time. We note, however, that neither defendant is a minister, sitting MP, or candidate in the upcoming election (or a member of their staff), or a current member of the New Zealand First Party.

Who are these two people?

We don’t know. Their names are suppressed. But both are linked to the New Zealand First Foundation and neither is an MP.

How has Winston Peters responded?

He announced at a 5pm press conference, synchronous with the SFO statement, both that he had been exonerated and that he would be countersuing. He issued a warning against “journalists attempting to smear me” and reiterated his insistence that the party is “completely separate from the foundation”, even if “that distinction will be lost on some”.

“We have been fully cleared, unlikely the recent National Party donations scandal,” he told reporters. The timing of the decision, he added, amounted to a “James Comey level error of judgement”.

The NZ First Party had instructed its lawyers to initiate proceedings in the High Court against the SFO, said Peters. “It is quite shocking for any who believe in fair elections that the SFO, one day from overseas voting and four days from advance voting beginning, would interpose itself into the general election in this poorly conceived fashion.”

What’s with the James Comey thing?

You know, her emails. “It has been amply demonstrated that FBI Director Comey’s groundless findings impacted on Hillary Clinton’s 2016 campaign. Allegations were made about me in 2008 which the SFO found to be baseless,” said Peters.

Just how close are we to the election?

It is 18 days till polling day, but only four days until advance voting opens. Overseas voting commences tomorrow.

What are the crucial questions?

At core this is all about whether activity that saw funds donated to the NZ First Foundation get channeled on to the NZ First Party complies with the Electoral Act 1993. Not least: were they correctly declared to the Electoral Commission? And, as Andrew Geddis put it earlier this year, “not only who in the party knew what, but also who in the party ought to have been asking more questions?”

What is the New Zealand First Foundation?

It was set up in March 2017, with the blessing of the New Zealand First Party board. According to Peters, it was modelled on the National Party Foundation. Its trustees are former NZ First MP Doug Woolerton and lawyer Brian Henry.

In its estimation the NZ First Foundation had “received donations which should have been treated as party donations for the NZ First Party” and were “not properly transmitted to the party and not disclosed as required by the Electoral Act 1993”.

‘Issues raised’? By whom?

In November of 2019, stories by Guyon Espiner for RNZ and Matt Shand for Stuff, drawing on documents thought to have been leaked by a disaffected former NZ First president and NZ First Foundation trustee, detailed a “NZ First donations scandal”, and what was dubbed a “slush fund”, in which money donated to the foundation was used by the party.

One of the reports included a dumpster and, in a nod to history, a wine box.

Who is the former NZ First president?

Lester Gray. A year ago he resigned, saying he would not be signing off party records because he had been denied important information, and “this type of operation does not align with my moral and business practice values, and I am therefore not able to support the party any longer”, Stuff reported.

He was later photographed meeting Espiner and Shand, with the pictures surfacing on BFD, the successor to Whale Oil. Winston Peters said: “We took the photograph, just to prove that’s the kind of behaviour going on.” He later said: “NZF has no interest in following Mr Espiner or any other journalists. The very reverse applies. No private investigators have been engaged to follow Mr Espiner or anyone else. A supporter thought it odd seeing ex-president Lester Grey with Mr Espiner so took a photo.”

What sort of dollars are we talking?

According to RNZ, between April 2017 and August 2019, “nearly $500,000 was deposited into the foundation’s bank account by donors, including from some of New Zealand’s wealthiest businesspeople”. Across that period, the foundation reportedly spent more than $425,000 paying bills for the NZ First Party, “including campaign advertising expenses, political consultants’ fees, renting and setting up a campaign HQ in Wellington, and running the party’s website”.

Aren’t there other political cases floating around?

Yes. The SFO is investigating Labour Party donations from 2017, as well as donations made in relation to the Auckland and Christchurch mayoral elections.

What about Jami-Lee Ross and all that?

Yes there’s that too. The former National MP and three businessmen are currently facing fraud charges related to donations to the National Party at the high court.

How is NZ First polling?

The latest Colmar Brunton poll for TVNZ had the party down a percent to just 1%. Anything under 5% would leave a return to parliament hinging on Shane Jones pulling off a massive upset and winning Northland.

How did Peters respond to the poll result?

He hasn’t. But he said last week’s Colmar poll, which had NZ First on 2%, was “rubbish”, adding, “If you want to go on making yourself look stupid, that’s your problem.”

What does it mean for NZ First’s election prospects?

Asked as much by a journalist, Peters said this: “That depends how fair you’re prepared to be in correcting the months and months of deceit, lies and rumour with malice that you and your colleagues have spread.”

It’s an awful lot to digest. Don’t suppose there’s a handy glossary for the whole episode?