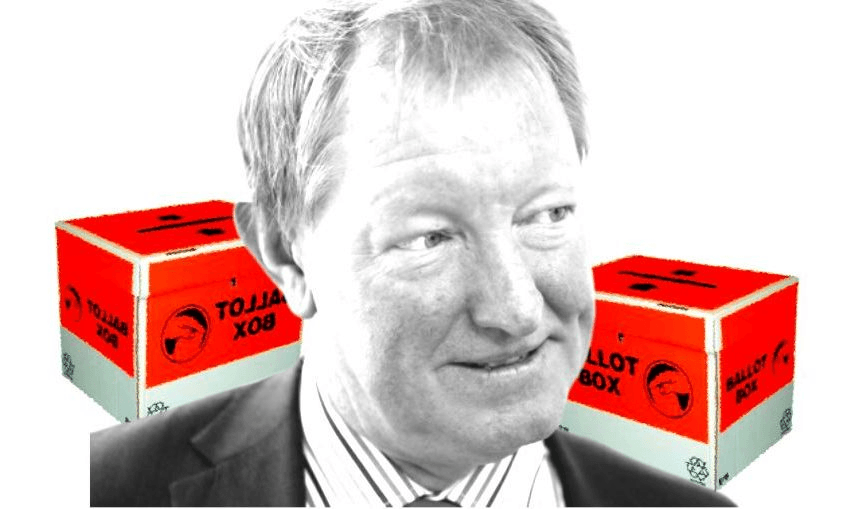 Nick Smith is the latest cheerleader for a four-year term. Here’s why he’s wrong

Compared with other democracies, New Zealand has relatively few checks on its parliament, so it would be misjudged to extend the gap between visits to the ballot box, writes Liam Hehir.

Nick Smith, National’s spokesman for electoral reform, has suggested a number of reforms to the rules about how and when we elect members of parliament. One of them is the frequency of general elections. Currently, a general election must be called once every three years. Dr Smith would like to see that extended to four years.

The idea that parliament should sit for a longer term has become the conventional wisdom of late. The proposed four years is common in many countries around the world. The UK parliament sits for a maximum of five years, although I’ve yet to hear any New Zealander advocate for that length of time.

The argument for a lengthened term often boils down to the idea that it would allow governments to be more forward looking. The pressure of the three-year electoral cycle is said to create demand for instant results, which may not always be conducive to the best interests of the country. Giving a government more time before it has to face the electorate may give it some comfort to sink political capital into policies that will take longer to bear fruit.

When consulted on the question by referendum, New Zealanders have proven unconvinced. In both 1967 and 1990, the three-year term was endorsed by seven out of every 10 voters. There has, however, been a lot of water under the bridge since then and it could be that we have changed our mind.

Our government is unique in so many ways and, for the most part, it works really well. One source of potential mischief, though, is that there really are few institutional checks and balances on our parliament. Putting obscure legal theory to one side, a majority of temporarily elected MPs really can do as they please.

The almost polar opposite of this can be found in the United States. There, power is dispersed. While Congress is the most powerful body, since it has the power of impeachment, the president can veto laws it passes by a bare majority. The laws it does pass can be struck down if a majority of Supreme Court justices determine they violates the constitution. Within Congress itself, power is divided between a House and Senate which are elected on different timetables, which works against temporary but fleeting majorities.

Lastly, its powers to make laws is also not unlimited since many areas of policy are reserved to the states, which have retained significant sovereignty.

Britain represents something of a midway point. Its parliament has (for the time being)  surrendered some of its sovereignty to the European Union. But even if that ceases to be the case, power within parliament is divided. There is a House of Commons (elected by general suffrage) and a House of Lords (which is filled partly by appointment and partly by hereditary privilege).

In the UK, the power of the House of Lords is circumscribed. That is as things should be, since it’s the House of Commons which is answerable to the people. The Lords retains, however, the power to propose amendments to legislation and delay its coming into force. Bills passed by the House of Commons are regularly returned with revisions by the Lords and this provides some measure of independent oversight.

Moreover, Northern Ireland, Scotland and Wales also have their own legislatures. These exercise control over a number of local matters, including some taxation and spending powers. While the “devolved” parliaments do not enjoy the same rights and privileges as the American states, they do constitute an alternative base of power and legitimacy apart from the Westminster government.

We haven’t had an upper house since the Legislative Council was abolished in 1951. We’ve lacked local “parliaments” since provincial governments were abolished in 1876. Our unwritten constitution affords little scope for judges to assail the doctrine of parliamentary supremacy (even if they nibble at the edges from time to time).

Not many countries combine unicameralism (that is, just the one house of parliament) with strongly centralised government and an uncodified constitution. In that regard, we put rather a lot of faith in parliament.

But parliament does have one big limit on its power. Where rogue governments overseas can be stymied or delayed by other organs of government, ours are checked by frequent votes of the people. Having to front the voters every three years might be inconvenient for the politicians, but it also means they’re less likely to ram things through while counting on the voters forgetting about it.

In many ways, MMP underscores these considerations. In three of our elections, voters didn’t learn what kind of government they were getting until the backroom dealing was done. Did most NZ First supporters expect they were installing a minority Labour government last year? Perhaps. It’s impossible to know for sure.

Whatever those voters felt, it is what they got. And while it might not be practical for parties to lay out their coalition preferences in advance, the next best thing is to give the voters the opportunity to make their views known at the ballot box without undue delay. The relative rarity of one and two term governments in our history – which has continued under MMP – demonstrates that New Zealanders tend to exercise their votes carefully.

We are a small country. It’s not clear that we need the complicated constitutional machinery endured by other countries. The loss of the Legislative Council has done little to stop us becoming one of the best governed countries in the world, for example.

Nor has our relatively short parliamentary term.