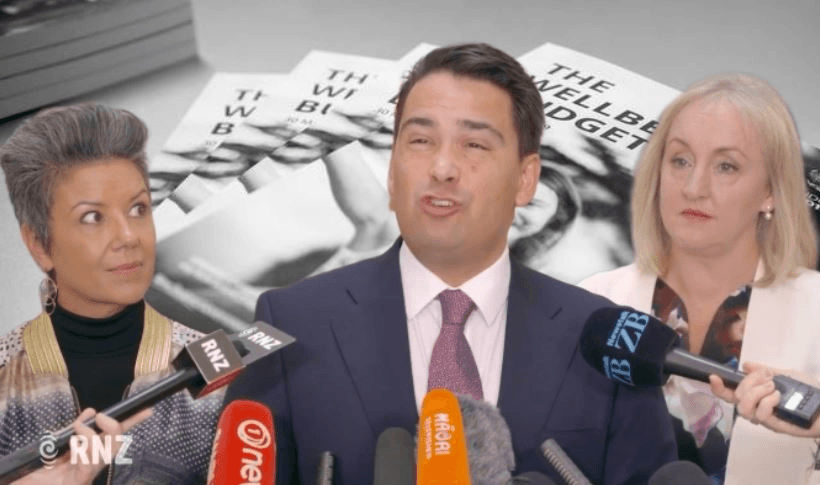 Simon Bridges has pulled off the near-impossible: seizing the Budget agenda

There is no evidence of illegality on the part of the National Party, and they have succeeded in shining a light on parts of the Budget the government would prefer you didn’t reflect on, writes Brigitte Morten for RNZ

One of the key advantages of being in government is that you get to largely set the agenda. As an opposition, you try to put issues out there to push back on the government’s agenda – holding them to account on what they have already announced.

There is one day where it is near on impossible for the opposition to get much airtime on this accountability – Budget Day.

That is the government’s day. Where they get to take the credit for over six months of hard work determining how they balance the books, while delivering on their promises.

For the opposition, they are normally relegated to the middle of the news articles, trying to highlight how this is not what the government promised or that it is a waste of taxpayers’ money.

That is why, when the National Party received the Budget information early they must have felt like they won the politics jackpot.

And they have played their hand strongly. First, by undermining the key narrative of the Budget – that it was all about wellbeing – by releasing expenditure that doesn’t fit this narrative, like defence.

Then they released key numbers, ensuring that even if the numbers weren’t quite right, it would already draw out the critic from stakeholders. We saw that work with the Council of Trade Unions, which said the health number couldn’t possibly be true because it wasn’t anywhere near what the Labour-New Zealand First government had promised. Now, unless the number is substantively more, the Vote Health announcement is set up for disappointment.

For the finance minister, and the many Beehive and ministry staff who have worked hard on their Budget initiatives, this is a move of political nightmares. Press releases that have been through long iterative processes between ministers’ offices, Treasury, ministries and press secretaries have lost their significance. They are likely to be just used as a fact check against the numbers already released.

And while the finance minister is not involved in the operational decisions of Treasury, as constitutional convention goes, he must take ministerial responsibility for them.

Sometimes ministers resign over issues like this – it usually comes down to how they determine the leak happened. In this case, the prime minister has put the responsibility squarely on the shoulders of Treasury – the department Grant Robertson is responsible for.

You can see the pressure that the leak has put on the finance minister. Since the information was released, Robertson has tried to deny the numbers, then ask for no more to be released, and then tried to pin the blame on the National Party.

Some might criticise National for the way they have handled this information – after all Budgets are not just numbers for politics sake. These numbers do translate in the more people receiving medical services or important roads being funded.

However, what the opposition’s work has done is shine a light on those parts of the Budget – spending in areas that they had to agree to under coalition agreements, and lower than expected spending – that the government doesn’t want you to reflect on.

The way the information was leaked is not a question the National Party should be answering. It is the responsibility of the government to ensure their systems and people are robust. There is no evidence of illegality on the behalf of National – and they have strongly denied that there is any.

Unfortunately for the finance minister, not only does he now not have the chance to control the agenda, he also must carefully manage how to ensure this doesn’t happen again, and who should take responsibility.