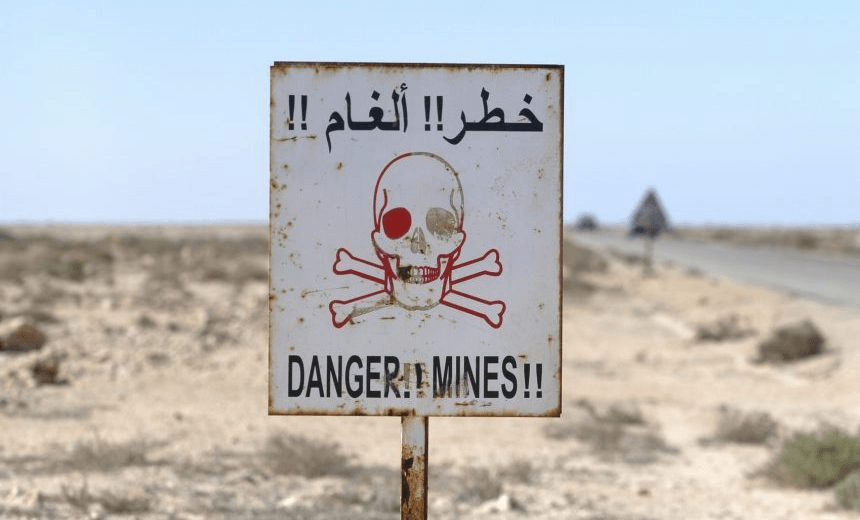 The KiwiSaver U-turn shows what happens when you piss NZers off. Don’t stop being pissed off yet

Rapid divestment decisions by funds with money in nuclear weapons, landmines and cluster bombs is a credit to people power. But the battle is far from over, writes Grant Bayldon

If you like a good David and Goliath story, you’re in luck.

News broke in August that millions of New Zealanders had unwittingly invested in nuclear weapons, landmines and cluster bombs through their KiwiSaver schemes. At the time few people would have picked that within weeks the NZ Herald would be able to report that over 99% of KiwiSaver funds that had been invested in banned weapons have been withdrawn.

The massive, mostly foreign owned banks operating the largest KiwiSaver funds in New Zealand aren’t renowned for being easy to budge on ethical issues. And the global investment companies that sit behind them are even tougher targets. So the quick divestment decisions have been remarkable.

As New Zealanders we often like to think of ourselves as a small nation of free thinkers who contribute a number-8-wire sense of practicality and fairness. A few million people with the spirit to take on challenges that seem impossible. OK, there’s a fair amount of starry-eyed wishful thinking here, but there is something in it. I think we can at least agree that as an underdog on the world stage we don’t like being whistled into line by more powerful countries.

When we see the famous photo of the man standing in front of the tank at Tiananmen Square, we immediately identify with that man. It’s part of the narrative that includes standing up for women’s right to vote, and standing up against US nuclear warships.

In the case of nuclear weapons in the 1980s, landmines in the 1990s and cluster bombs in the 2000s, New Zealand was a world leader both in having them eradicated here, and outlawed internationally. Its steadfast position on each was in the face of strong pressure from world superpowers, including our traditional allies.

To see why fund managers moved so fast on the KiwiSaver scandal, you just need to take a look at their Facebook pages and Twitter feeds (and probably their call logs). There’s something about Kiwis finding out that they are having their savings put into nukes, landmines and cluster bombs that has outraged us enough to actually speak out.

Getting the big banks to divest from nasty weapons is a feat in and of itself. But behind them sits the global investment leviathan Vanguard International, which many banks invested our KiwiSaver funds in. Vanguard has an eye-watering $3 trillion in global assets under management. That’s right: $3,000 billion dollars.

Now Vanguard is bowing to New Zealand pressure and has announced that it is designing an ethical fund to solve this moral morass. New Zealanders have taken on the bastions of the global financial sector – and won. There’s some people power that we should all feel great about.

Is the battle over yet? No. Not all KiwiSaver providers have yet committed to stopping all investments in these weapons. They should. Nuclear bombs, landmines and cluster bombs are not, as some fund managers keep calling them, “controversial weapons”. The controversy is long over – they are indiscriminate, immoral, banned weapons on which New Zealand has long since made its position clear. There’s no legitimate justification for holding out longer.

Nor is this a debate we should have to have again in years to come, as new KiwiSaver funds start. Without even needing to change any laws, the government could take the simple step of revising KiwiSaver criteria to exclude funding banned weapons. It sets the criteria that schemes must meet to become approved KiwiSaver funds, and those criteria have clearly been shown to be lacking. It’s within government power to fix them. They should.

We’ve shown this challenge isn’t insurmountable. We can consign indiscriminate weapons, and profiting from them, to history. But let’s finish the job.