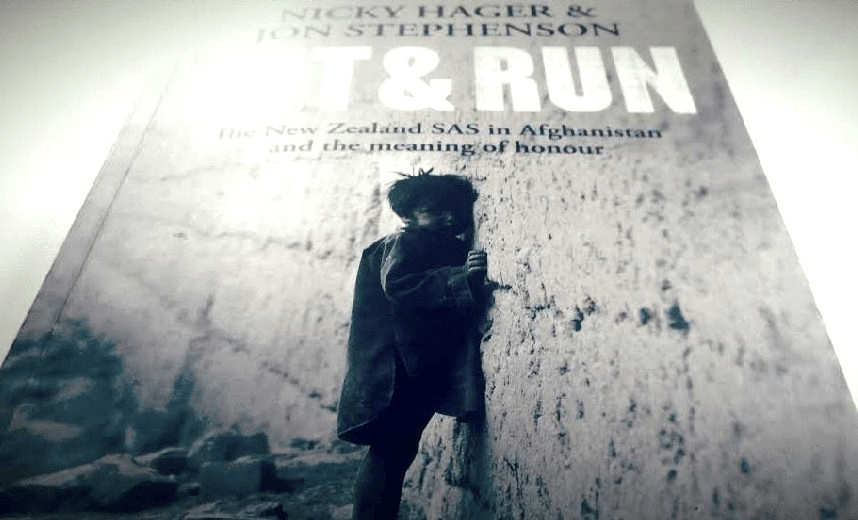 The SAS soldiers involved in a raid where civilians died did nothing wrong, a government inquiry into Operation Burnham found. Instead, it concluded the worrying failures weren’t in Afghanistan but at defence headquarters in Wellington.

A decade ago New Zealand’s elite SAS raided villages in Afghanistan’s Tirgiran Valley as part of Operation Burnham. A number of civilians were killed in the raid, including a child, leading to years of questions about whether the soldiers acted appropriately.

A government inquiry released today has cleared the conduct of the SAS in August 2010 as both professional and lawful. However, the inquiry uncovered something more concerning: for years senior army officers in Wellington kept the truth about the civilian deaths from their ministers, and in the process they were subverting civilian control of the military, according to the attorney general.

“I consider this to be one of the most concerning conclusions of the inquiry,” attorney general David Parker said this morning. “New Zealanders, I think, will be shocked at some of the conclusions reached by this report”.

The inquiry by former prime minister Geoffrey Palmer and former supreme court judge Terence Arnold reveals a military headquarters that was inept and disorganised. Records couldn’t be found. Contradictory reports were ignored. A senior officer in Afghanistan was misleading his superiors in Wellington about civilian casualties. Those superiors didn’t question reports, despite evidence that civilians had been killed in the August raid. As a result, the military misled the public for seven years.

“It’s hard to understand how that occurred, but it did,” air marshal Kevin Short told reporters today. He asked New Zealanders to forgive frontline military personnel who did nothing wrong. The men and women on the frontlines were failed by their commanders at headquarters, he said. “We haven’t met their standards.”

Where Parker said that the military’s culture needs changing, Short struggled with the suggestion. Officers should be more inquisitive and ask more questions of reports, he said. However, the failures largely stemmed from the small number of officers involved in the oversight of special forces at the time.

The people responsible for the failures, according to the report, were neither the highest-ranked officers or the soldiers in the field. In the case of Operation Burnham, the local SAS commander in Afghanistan and the head of special forces seemed responsible for the breakdown.

According to Short, civilian control of the military was not compromised by the years that defence ministers were kept in the dark.

Parker was clear earlier in the morning that one of the country’s bedrock constitutional principals was compromised. “During those years, as a consequence of the ineptitude and the suppression of documents that should have been coming to ministers, ministers were not able to exercise the democratic control of the ministry. The military do not exist for their own purpose,” said the attorney general.

There seemed to still be a lingering reluctance today by the NZDF to take responsibility for what happened during the raid. In a prepared statement, Short said that the inquiry confirmed “New Zealand forces were not involved” in the civilian deaths. That’s not correct.

The Operation Burnham raid was a well-planned military operation by the SAS, aided by local Afghan forces and the American military, according to the inquiry. The rules of military law were followed. The raid was mounted after an attack on an NZDF patrol and aimed to capture local insurgent leaders.

At least seven local men were killed in the operation; three were identified as insurgents by subsequent intelligence and two more were believed to be connected. Two of the dead could not be linked to insurgent groups. One of those two men was killed by the SAS. At least six more civilians were injured.

“It is likely that a female child (but not the girl Fatima depicted in the book) died as a result of the operation, but NZSAS personnel had a proper basis for clearing the engagement in which she was most likely killed,” said Parker.

Most of the deaths and injuries were caused by American attack helicopters and an AC-130 gunship — a transport plane outfitted with guns and cannons that can loiter over a battlefield and fire on targets. The ground operations were led by the SAS, who were also responsible for calling in air strikes.

The head of the defence staff couldn’t explain why he said the New Zealand forces were not involved. “They were there,” Short said after questioning. “The ground force commander on occasions give clearance or not for the helicopters to fire.”

The inquiry and Parker concluded that the raid was not a “revenge attack”. The report says that the raid was characterised in the book as a revenge or retaliatory operation numerous times. Nicky Hager, who wrote the book with Jon Stephenson, told The Spinoff that he never used those words to describe the raid. He said people who were there during the raid said that was the mood at the time.

“After nearly 10 years of denials, the inquiry has confirmed the main allegations in the book Hit and Run,” Hager said in a statement. “The report contains the most serious criticism of the NZSAS and NZDF in their history. This should prompt a lot of soul searching inside the New Zealand Defence Force.”

There was one criticism of the soldiers in theatre. The treatment of a prisoner, who was punched in the stomach by New Zealand troops, was found to have fallen short of the country’s values.

There’s no need for further investigations of the SAS or personnel involved in the raid, according to the report. The military will be looking into whether any of the officers named in the report should be investigated, said Short.

Former defence minister Wayne Mapp came in for particular criticism, with Parker saying although he was misled by NZDF, from September 2011, after Mapp became aware civilian casualties were possible, he failed to correct the public record and continued the false narrative that he should have known was wrong.

Speaking with RNZ, Mapp says he “completely forgot” he had been briefed on the possibility of civilian deaths occurring during Operation Burnham. “I’d actually completely forgotten about the briefing when I made those official information answers… I believe it went out of my memory as a result of the death of Leon Smith [the New Zealand soldier killed in Afghanistan in September 2011].”

Asked how he could forget something so significant, Mapp said, “I’ve asked that question of myself a huge amount of times since the issue came up during the inquiry but the reality is I did.”

The report concluded there needs to be a number of changes within the NZDF to ensure that allegations of civilian casualties in military operations are investigated more thoroughly and disclosed more truthfully in the future.

A new independent office of inspector-general of defence should be created outside the ranks of the NZDF to provide more oversight and ensure that ministers can keep the military accountable to parliament. There should be a clearer process for dealing with allegations of civilian casualties and the NZDF should fix its record-keeping and organisational structure to ensure the public can be assured of receiving correct information, the report said.

Parker said the the government has accepted all the report’s recommendations and will work to implement them.

New Zealand’s policy of turning over prisoners to local Afghan forces, who were known to be torturing them for confessions, should not have been allowed, the inquiry found. Asked today if the SAS should have handed over detainees to local forces known to commit torture, Parker’s answer was short: no.

In what was a clear warning from the government, the last sentence from the inquiry was repeated twice by Parker today: “How NZDF addresses its failings and goes forward will reveal its true character and the strength of its purpose.”