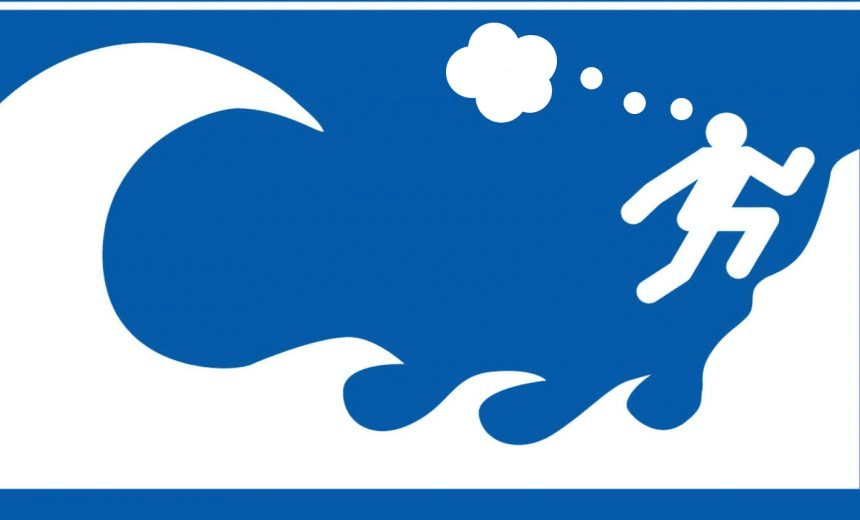 Everyone agrees NZ needs a better tsunami warning system. But what?

Following the Kaikoura experience, Japan and Indonesia’s mechanisms may offer examples – and there is clearly need to tackle confusion over self-evacuation, writes geologist Jane Cunneen

Following the magnitude 7.8 earthquake and tsunami on November 14, conversation is turning to whether New Zealand should have a 24/7 earthquake monitoring and tsunami warning system.

The prime minister says that a cellphone-based tsunami alert system will be announced shortly. At a reported cost of $20 million, this is likely just referring to an added communication method such as Cell Broadcast (CB) technology to complement the existing tsunami warning system.

Cell Broadcast technology is used for disaster warnings in many countries including Japan, the US, Maldives, Sri Lanka and the Netherlands. It broadcasts to all handsets within a specific location, so avoids some of the problems with SMS such as network overload and delays in delivering the message. However it is still dependent on a working mobile network, which means it is not useful in areas with no mobile phone coverage or in those where mobile network towers are damaged by the earthquake. Recent events demonstrated that this is not an effective solution for many parts of New Zealand’s east coast.

New Zealand is already an active member of the Pacific Tsunami Warning System (PTWS), a group of 46 member states around the Pacific Ocean who work together to provide information and warnings on tsunamis in the region. This system relies on receiving tsunami information from the Pacific Tsunami Warning Center based in Hawaii, and is geared to warnings for distant tsunamis that will not strike the coast of New Zealand for several hours.

So can New Zealand build a system that would warn of approaching local tsunamis? Two countries with a high risk of tsunami are Japan and Indonesia. Both have national tsunami warning systems, but there are differences in their approaches to warnings for local tsunamis.

Japanese scientists have estimated that 40% of nearshore (local) tsunamis will hit the coast within 20 minutes. The upgraded tsunami warning system has a goal of putting out tsunami warnings within three minutes of detecting an earthquake. The accuracy of this system is possible thanks to Japan’s extremely dense network of earthquake detection instruments. However, the larger earthquakes are harder to measure and need more time for accuracy. If an earthquake has a magnitude over 8 then it can take longer to determine the exact scale, and the initial warning is based on an estimate, requiring revision as more information becomes available.

The 2011 quake lasted for more than two minutes, but automatic readings and simulations began at the start of the quake, meaning that its energy was initially underestimated.

Japan has also invested heavily in physical barriers like storm walls, which protect up to a third of the coastline, costing billions of dollars. However, these coastal defences were not as effective as expected in the March 2011 event, and Japanese public opinion is divided as to whether the investment is worthwhile.

Despite the high technology instruments and systems, the most important part of the Japanese tsunami warning system involves 24/7 availability of organisations, strong guidelines for quick decision making by government agencies, good public education campaigns and frequent communication drills. Evacuation exercises are undertaken in high risk areas at least once per year on “Disaster Preparedness Day” on September 1.

The Indonesian meteorological agency, BMKG, hosts the Indonesia’s National Tsunami Warning Center, InaTEWS. The agency operates on a 24/7 basins and is responsible for initial evaluation of tsunami threat following an earthquake, aiming to have tsunami warnings sent within five minutes of an earthquake occurring.

InaTEWS operates what is called a people-centered early warning system, relying on strong communication links with local agencies in areas at risk and an ongoing public education system. Warning messages are sent directly from BMKG to local government at provincial, district and city level, which are also required to operate 24/7. The decision to evacuate is taken at local government level and is based on Standard Operating Procedures (SOPs) set by each district.

Warnings can be disseminated by tsunami sirens, mosque loudspeakers, local radio stations and directly from search and rescue personnel on the ground. The system relies on public awareness of the signs of a potential local tsunami, and frequent drills are undertaken in risk areas. The public are constantly reminded of the need to self-evacuate if they feel a strong earthquake, and not wait for an official warning.

The tsunami warning systems for Japan and Indonesia have many things in common, including dense networks of seismometers and other monitoring technology, 24/7 operation of both the warning centres and the local agencies responsible for evacuations, strong communication links, and frequent evacuation drills to maintain public awareness.

GNS Science has conducted some modelling of likely tsunami scenarios, indicating that waves from a locally sourced tsunami would hit the New Zealand coast within minutes of an earthquake. In a best-case scenario where the tsunami warning is issued within five minutes, there will be only a minute or so (if that) for evacuation. Residents living on the coast in these areas therefore will still need to self-evacuate before the official warning arrives.

Confusion about the need to self-evacuate following the recent earthquake, suggest that improvements can be made in this area. Around-the-clock operation of both national and local agencies involved in tsunami warning can improve the speed and accuracy of message dissemination.

It is tempting to look for a high-tech quick fix to these problems, but experiences in countries like Japan and Indonesia highlight the fact that there are no short cuts to effective tsunami warning. It takes ongoing effort to fully understand the seismic hazard and the tsunami risks, constant work on good communication between agencies, communication drills at all levels including with the community, strong guidelines for quick decision making, and ongoing funding to provide 24/7 services.

New Zealand will need an ongoing national conversation regarding its unique requirements for a local tsunami warning system and the cost vs benefits of such a system. Each country has different tsunami risk and therefore different requirements, although examples of tsunami warning systems from other countries can provide useful examples. Better public awareness of the tsunami risk in New Zealand can enrich the national conversation, making sure that the whole community can be involved in deciding what to do about it.