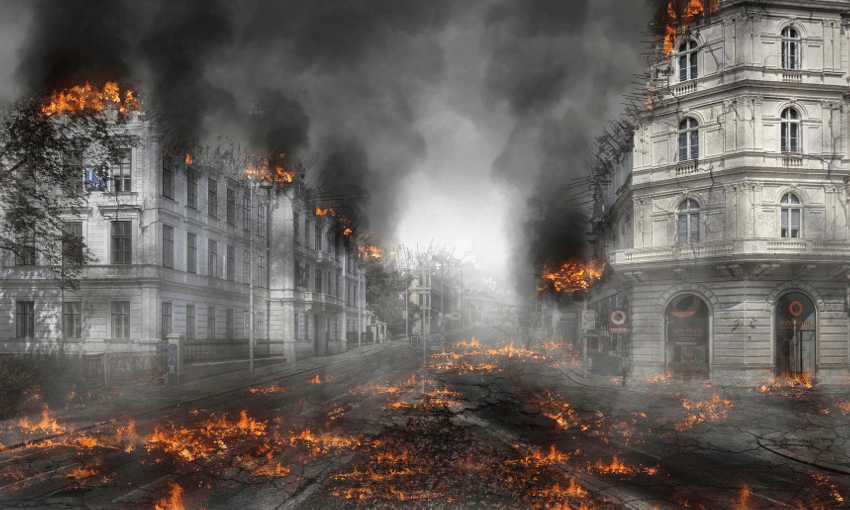 Cheat Sheet: Will the Chinese space station kill us all?

Welcome to the Cheat Sheet, a clickable, shareable, bite-sized FAQ on the news of the moment. Today, Don Rowe asks a space scientist if we’re all dead courtesy of a Chinese space station set to hit Earth this month.

An out of control Chinese space station is expected to smash into the planet some time in the next few weeks. Nobody is certain where it’ll land, but according to a graphic released by the Aerospace Corporation there’s at least a chance we could be in the shit.

China has a space station?

Tiangong-1, literally Heavenly Palace 1, is China’s first space station. Launched in September, 2011, the station was meant to serve as both a manned laboratory and a testbed to demonstrate orbital docking capabilities ahead of the launch of China’s proposed large modular space station in 2023.

In 2016, China admitted it had lost control of Tiangong-1, and would be unable to control the station’s re-entry.

Sounds bad. Should I prep my bug out kit?

You really want to be kicking about when the other survivors of the apocalypse are just eating each other and dying of fallout-induced cancers?

I have a family to protect. Should I worry or not?

“You certainly should not,” says Dr Duncan Steel of the NASA-Ames Research Centre in California. “The chance of this causing any damage is extremely small.”

It looks like even if this thing lands outside your front door, you’ll probably be fine. Unless of course you touch the hydrazine.

Hydrazine! Generally used as a propellant onboard space craft, hydrazine is a highly toxic and corrosive chemical likely to be coating whatever bits of Tiangong-1 survive reentry. Even short term exposure may lead to “irritation of the eyes, nose, and throat, dizziness, headache, nausea, pulmonary edema, seizures, coma in humans. Acute exposure can also damage the liver, kidneys, and central nervous system.”

Yea, that means you suffocate.

Hard. But like I said, there’s no reason to freak out; New Zealand covers just a tiny fraction of the overall crash zone. Other potential landing zones include half of the USA, most of South America and the entire African continent.

Further, not one person has ever been so much as injured by manmade debris reentering the atmosphere. You’re “a million times more likely to win the powerball” – which you won’t.

While this particular space object is unlikely to send us the way of the dinosaurs, there’s still every chance a different one might. Small meteors, like the 17 metre Chelyabinsk meteor, release incredible amounts of energy on entering the atmosphere, which isn’t shocking considering they’re travelling at 60,000-odd kmh. While they generally explode well before they’ve hit the ground, that explosion is reminiscent of…a nuclear bomb.

“These meteors create a large flash when they enter the atmosphere and can really freak people out,” says Dr Steel. “If that was to happen over the border of India and Pakistan, or maybe somewhere in the Koreas, that could very well cause a retaliation from countries who believe they’re under attack.”

Lucky everything is so chill on the nuclear front!