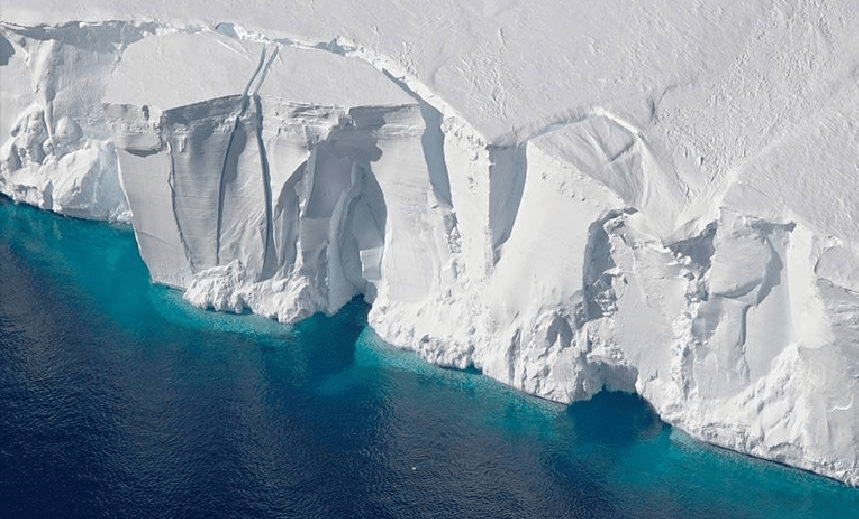 In the face of the mind-boggling peril of climate change, feel the despair, then work harder

From confirmation that 2016 was New Zealand’s warmest year on record to the imminent inauguration of a big-emissions US president, it’s easy to understand desperation in the face of climate change. But we need to channel all our energies into urgent action, writes James Renwick.

Climate change and global warming have been in the news a lot lately. The year 2016 is about to be confirmed as the warmest globally), in records going back over 130 years. A 5000km2 slab of the Larsen C ice shelf is poised to break away any day. Global sea ice extent has been running millions of square kilometres below normal for months now, and Santa sweltered in temperatures 20°C above normal at the North Pole over the Christmas period. Heatwaves, fires, droughts, floods, have all been ascribed to the effects of climate change over the past year and more, maybe not causing them outright, but making them ever more likely and contributing to the intensity of many events.

Now, thanks to the new NIWA annual climate summary, we know that 2016 was also the warmest year in New Zealand, in the historical record going back to 1909, just pipping 1998 and 2013. The New Zealand land mass covers just 0.05% of the earth’s surface so what happens here is hardly an indicator of global trends. Yet, just as with the global figures, it is getting warmer on average, up about a degree in the past century.

For New Zealand, last year’s warmth was a mix of local effects – winds from the north bringing subtropical air, warmer than normal regional sea temperatures – combined with the background global warming trend from increasing greenhouse gas concentrations in the atmosphere. New Zealand temperatures vary a lot from year to year because the country is exposed to so many climate influences, but as time goes on the chances of a warm year keep going up while the chances of a cold year keep going down. NIWA scientist Brett Mullan points out that in the past two years, over 30 new high-temperature records have been set, and zero low temperature records.

The past year also saw two milestones: the atmospheric concentration of carbon dioxide (CO2) passed 400 parts per million at every recording site in the world; and the Paris Agreement on limiting climate change came into effect, committing the global community to limiting global warming to less than 2°C above pre-industrial, and preferably closer to 1.5°C. The 400ppm threshold was last crossed something like three million years ago, so we are well into uncharted territory as far as humanity is concerned. The Paris Agreement is a clear commitment from the global community to take action.

And serious action is what’s needed – urgently. To limit warming globally to 1.5 or 2°C, there’s a maximum budget of CO2 we can put into the atmosphere. At current emissions rates, the 2°C budget will be blown within 20 years, and the 1.5°C budget in only four or five. Living up to Paris will take a huge concerted effort from every country. One other thing that became clear last year, thanks to research from VUW scientists and others, is that 2 degrees of warming, and around 400ppm CO2, is close to a threshold for irreversible loss of big parts of the West Antarctic ice sheet, and part of the East Antarctic as well. That fits with geological records showing that sea levels were 10-20 metres higher back 3 million years ago, the last time we had CO2 levels as high as they are now.

What that means is that our actions (or lack of them) over the next 15-20 years will decide whether we get up to one metre of sea level rise, or 10-20 metres, over coming centuries. We as a global community will decide, over the next half dozen electoral cycles, what the world’s coastlines will look like for millennia to come.

Yet many are still arguing whether or not anything much is happening and whether we need to act at all. US President-elect Donald Trump is no friend of emissions reductions and his term in office will do nothing to spur action. No wonder that many in the climate community are very worried indeed. Veteran climate change journalist Eric Holthaus posted an impassioned series of tweets at the weekend about how he struggles to keep going in the face of what the future holds.

I’m starting my 11th year working on climate change, including the last 4 in daily journalism. Today I went to see a counselor about it. 1/

Eric’s note of desperation and despair touched a chord, receiving hundreds of replies and words of support within hours. His words resonated with me – the challenge of climate change, the risks we face, and the number of lives in danger, are truly mind-boggling.

Despair may be a natural response to all this, but despair is not a constructive frame of mind. Now is the time for concerted action, for tackling emissions in all countries, all communities. To develop and deploy more efficient solar panels, wind turbines, and other renewables across the globe. To work harder on finding ways to remove carbon dioxide from the atmosphere. To think seriously about how we adapt to a world of shrinking coastlines, extremes of heat, drought and flood and more precarious food supplies. To let our governments know that this is the one issue that must be tackled with everything we’ve got.

James Renwick is a professor in the School of Geography, Environment and Earth Sciences, Victoria University of Wellington.