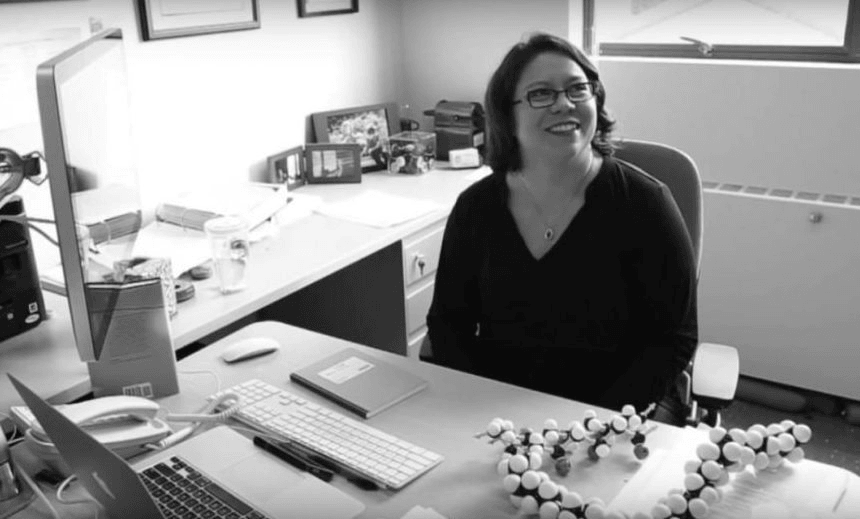 The incredible possibilities of the new thermopower generation

By embracing the thermoelectric potential of polymers, Rachel Segalman is pursuing a new frontier in the use of power to heat or cool. A speaker at the AMN8 conference in Queenstown, she talks to Charles Anderson

Across the world, a huge amount of energy is expended heating and cooling spaces which people do not use. What if there were a way to shrink that space?

What if, instead of using electricity to cool or heat an entire space, you could create electricity from someone’s own body temperature? What if you could use this process to heat and cool your clothing? Or your chair? Or a blanket?

“We have electric heating devices such as electric blankets but if you could use thermoelectrics that are capable of both heating and cooling, a huge range of applications open up,” Professor Rachel Segalman says from California.

A cooling blanket could be used during surgery, for example, where the temperature of a patient is of the utmost importance to ensure they don’t suffer ailments such as strokes.

Segalman works with thermoelectricity – devices that use temperature differences to create power or use power to heat or cool. With that premise in mind, a whole range of things could be powered using the temperature difference between one’s own body heat and one’s surroundings – your cellphone perhaps, or a laptop.

To think in terms of thermoelectricity means you need to shelve what you think you know about how materials work.

Segalman says a good thermoelectric has a high electrical conductivity so that it can shuttle power in and out, but a lower thermal conductivity. This is very hard to achieve.

“Intuitively, we know that most materials that are thermally conductive are also electrical conductors,” Segalman says. “For example, a metal rod will both burn you if you touch it with something hot and shock you if you touch a live wire to it.”

Polymers are a special class of materials, she says. These can now be made as electrically conductive as metal, but do not allow heat to travel through them very well.

To explain the thermoelectric process, it is helpful to imagine a material that is not thermally conductive, Segalman says. If you make one side of this material hot and the other side cold, the hot side will create motion in the material’s electrons. These electrons will naturally “shuttle across” to the cold side. Since those electrons are moving through the material, this can create an electrical current.

In a thermoelectric material, electrons travel from the hot to the cold side. But the extent to which electrons do this is governed by the Seebeck effect, also known as the “thermopower”.

“Think of the thermopower like the strength of gravity,” Segalman says. “Flow water through a turbine down a 100-foot hill on earth and you will get electricity.”

However, if gravity were twice as strong on earth you would get much more electricity from your turbine.

This is the same for a given temperature difference, she says. The stronger the thermopower of the material is, the more electricity you will get from the device. Get the right material, make one side hotter than the other, and you will get electricity

The effect also works in reverse, she says, meaning if you were to send an electric current across the material, one side would get cold and the other hot.

Since the 1950s scientists have exploited this process mainly using a material called bismith telluride. Its thermoelectric qualities appear in everything from NASA space technology to silent refrigerators. But it is notoriously expensive and hard to process.

So Segalman started looking at different materials that had been posited as potential replacements. Curiously, one of the best materials that she found to create such a process were polymers or plastics.

“Polymers are inherently thermally conducting,” she says, “because they are messy, disorganised materials and heat generally travels better through crystalline materials.”

“If you can make a polymer that has sufficient electric conductivity that makes it interesting.” So that is what Segalman is trying to do.

In 2000, a team including New Zealander Alan MacDiarmid, won the Nobel Prize for chemistry for their work showing how to create high electrical conductivity in polymers.

Segalman is now working to show how these materials can also be engineered to have a high thermopower so that they can be made into wearable, lightweight thermoelectrics.

She is a third generation chemical engineer. Her grandmother was an engineer in China at the beginning of World War II. Her mother was a biochemist. At a family reunion they discovered that 75 per cent of the family were either chemists or chemical engineers.

“It’s interesting, no one said to me you must be a chemical engineer because the whole family is.”

When Segalman was studying she wanted to be a doctor but her parents convinced her that pre-med as a college major wouldn’t be as much fun as engineering.

She could always go to med school afterwards. She didn’t.

She found the problem solving aspects of the field interesting and compelling.

Now, applied to the field of thermoelectrics, her ability to do just that could have big consequences for the future of how we source our electricity.