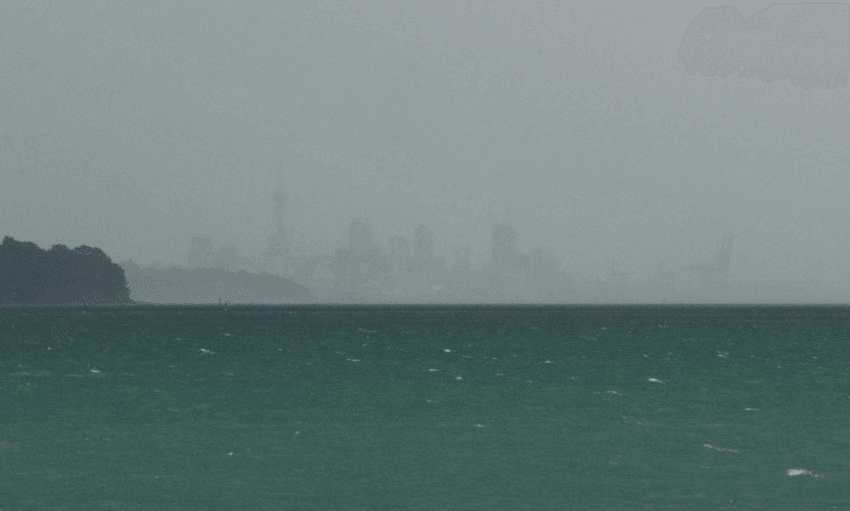 Our climate story: Life in Auckland and Southland in 2050

Auckland is known for its sandy, inviting coastlines and sprawling urban areas. Southland for its arid, alpine mountainscapes. But both could before very long look and feel vastly different because of climate change.

Climate models offer a scientific glimpse into the future but to really get a sense of what it will look and feel like, you need to go beyond the numbers.

What do more frequent heavy rain events mean for a city reliant on its motorways? And what will a temperature rise of a few degrees in the country’s southernmost region do to its famous landscapes and the livelihoods of those who call it home?

This is Auckland and Southland’s 2050 climate story.

Auckland’s climate will resemble that of humid subtropical Sydney or Buenos Aires by 2050, according to one study. However, Auckland’s sea breezes could mean the city actually feels like an island floating somewhere between New Zealand and Fiji, says NIWA principal climate scientist Sam Dean.

Water is a key player in Auckland’s climate future. As temperatures rise, the atmosphere can hold more moisture, meaning the midsummer downpours Auckland sometimes gets now will happen more often. A single degree of warming can increase the amount of rainfall in a single session by up to 20%, according to Dean. “While that will only affect a localised area, it will have a big impact on that localised area,” he says.

When heavy rains set in, drinking water reservoirs can be become filled with sediment, making the local treatment plants run slower and putting a squeeze on the city’s water supply. Water may be everywhere but getting a drop to drink could be restricted in an effort to catch up with filtering.

Footpaths and roads will be consumed by flash floods, making the already arduous daily commute slower as cars try to trudge through tire-deep water. Commuting could prove near-impossible as people become stranded in their cars until waters recede and when major highways are completely cut off by floodwaters.

Businesses and homes are at risk of becoming a major reno project or a complete write-off if water creeps in. During Auckland’s last major flooding event, more than 300 homes flooded. Some were inundated with waist-deep water. Sudden and heavy downpours also leave land vulnerable to slips, so houses perched over scenic vistas could see the ground beneath them melt away.

Sea-level rise is insidious and could have major consequences for a coastal city like Auckland. “It will creep up on you,” says Dean. People living in low lying areas like Devonport, Mission Bay and Hillsborough will face the difficult decision of deciding whether to defend their homes from rising sea levels or retreat further inland. Although Auckland isn’t as at risk of losing its coastline as other areas of New Zealand, it’s not immune.

Protecting the city from its watery fate is part of the city’s proposed climate plan. The proposal includes a long list of goals ranging from retrofitting existing houses and building new climate-proof infrastructure to survive the incoming storms to growing more forest to capture carbon and creating a circular construction and demolition sector, where materials are reused.

Auckland Council has declared a climate emergency and its climate change mitigation and adaptation plan is currently out for public consultation. “The reality is, we will need to transform our economy, our relationship with the environment, and our way of life. We are asking Aucklanders to help us,” Mayor Phil Goff said in a statement.

As with most plans, the first actions centre around research. Given that these events will be upon us when today’s toddlers enter university, resiliency can’t come fast enough.

If Auckland is the new Buenos Aires, then Southland will be the new Auckland, according to Dean. It will have warmer, wetter winters and dryer, hotter summers with the number of heatwaves doubling in places like Gore and Te Anau. With the new climate, Southland could lose its rugged character.

It would become harder to spy snow-capped peaks behind course, grassy plains. “The visual impact in that region will really be the loss of white peaks, or a declining portion of the year that you actually see snow on the mountains and these iconic alpine vistas,” says physical geography lecturer at Victoria University of Wellington, Shaun Eaves. Snowlines will creep further up the mountain and snow depths will drop by roughly 10% according to a 2013 study.

It’s these uniquely stunning vistas, including Southland’s iconic Milford Sound and Fiordland National Park, that draw thousands of visitors to the region every year. And it’s these landscapes that are at risk, Eaves says. “That’s potentially what we’re losing. We’re losing these icons that are national symbols really.”

A landscape of open space dotted with tussock grasses and Radiata pine could be transformed into rows of orchards as wine, cherry and apricot production improves thanks to longer growing seasons. Southland would be a Mainland Cheese ad no more.

The change of scenery means a change in the quintessential Southlander way of life.

Luke Templeton runs a 640-cow, 217 hectare dairy operation on the coast in Southland. He’s used to keeping his cows outdoors year round, helping them through the sometimes turbulent, wet, windy winters by feeding them hardier crops and moving them downwind when goings get tough.

If winters get stormier, he says, he’ll have to work much harder to keep his cows happy. “Cows hate it when its wet and windy. They’ll be very inclined to huddle up, usually down wind or in the shelter. They’ll go and sulk in a corner,” he explains. More rain means additional feed he gives them could end up lying trampled in the mud. On his farm, he still has the option of bringing cows to more sheltered areas, so he doesn’t think the animals would get sick or die, but he needs to keep vigilant.

A week’s worth of bad weather puts his paddocks at risk of losing their top layer of soil, making it harder to regrow grass in the summer. “When we farm the land we make a living off the topsoil because that grows us everything. If you damage that you grow less grass and get less milk,” Templeton says. Losing soil means losing business.

Templeton is adaptable though and says he would consider switching his operation to growing vegetables or crops like maize with the warmer weather. The farm was originally a flax plantation, then a sheep and beef farm and now a dairy farm. “We have moved with the times to support the family and make the best use of land we’ve got,” Templeton says. His neighbour recently rented part of his land to a local vegetable grower and now has potatoes and carrots next door to his herd.

Like Auckland, Southland will face its fair share of floods as snow melts and rivers overflow. Environment Southland has set aside $33.1 million over the next 1- years for flood protection, which includes strengthening some of its 458km of floodbanks. Few other details have been released, aside from the general goal of “building awareness and planning for the impacts of climate change”.

The region has come short of declaring an emergency however, a step they see as a “symbolic but empty gesture”, according to chairman Nicol Horrell. Instead, they wish to proceed with developing a more detailed plan, due in October.

Both regions face lives different to what they know today, so those climate adaptation plans are crucial if Aucklanders and Southlanders don’t want to be in for a shock.

Of course, the scenarios become less extreme if New Zealand, and the rest of the world, drastically curb emissions, population levels stabilise and we find ways to capture and store carbon dioxide.

That requires a major effort in the next few years or the vision of Auckland and Southland’s climate future will very likely become reality.