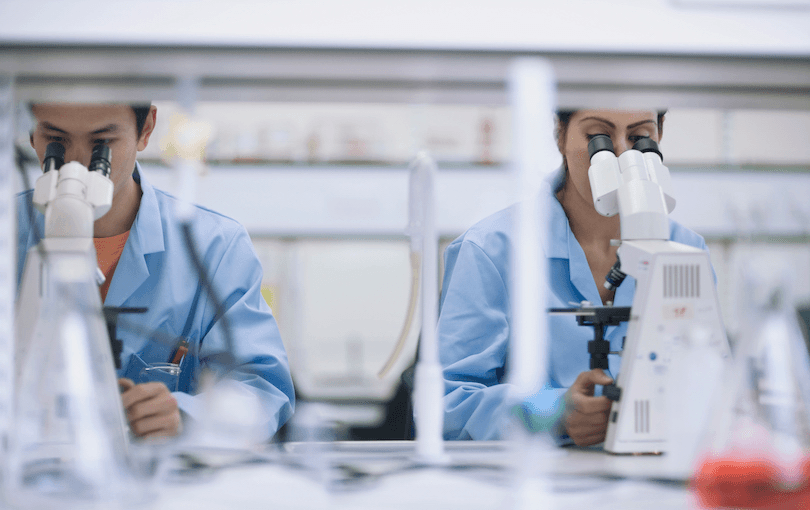 Hinemoa Elder: The world is splitting open. We are telling the truth about our lives – and taking our place in science

By Hinemoa Elder
Guest writer
Made possible by

No matter how you measure it, science remains systematically biased against women – and ethnically diverse women even more so, writes Dr Hinemoa Elder.

Women and girls in science, this is a public health announcement. You are entering unfriendly territory.

Kia mataara, be vigilant. Keep your wits about you.

There is irrefutable data that discrimination against women in the academy, in science, is rampant. It is chronic, both overt and insidious, and there is no clear and definitive mechanism for responding effectively to the disparities we as women (and by this I mean anyone who identifies as female) face.

The global data is there, and that’s why the UN has a day dedicated to bringing attention to it.

Let’s be clear, there is no logic to sexism and racism, so it is bitterly ironic that the world that purports to be about scientific rigour, about logic, doesn’t walk its own talk about itself and its inner ways of working. Happy to cast the scientific gaze outward, but not so comfortable looking at the murky interior. No, maintaining power for power’s sake is not logical, in that there is a massive opportunity cost. That next Nobel Prize winner, that next breakthrough in life-saving treatment, is potentially delayed or missed because those brilliant women, those brilliant potential scientists are still “outside the tent”, as one of my male colleagues once put it.

And like many women from non-Pākehā cultures, Māori women face a complex interplay of discriminatory practices. So make no mistake, the business, and it is a business, of science is political.

The curriculum vitae is just one of the powerful ways that the male establishment maintains its power and control in institutions of science in 2020.

One of the most prized aspects of the scientific CV is the list of publications in prestigious journals. Those who publish at the highest rates and in the journals most highly sought after are at the top of the food chain. They have teams valued for their various contributory skills and ability to get data published in the best possible journals. These articles score the highest points in whatever scale of prestige is most respected at the time. These scores and numbers of publications are significant determinants of promotion and of access to research funding.

I have a couple of CV stories to share. A few years ago, I could see that Māori researchers needed more visibility in my institution if we were to have any chance of building a structure that would be attractive and safe for Māori students, researchers and clinicians to work and thrive in, in order to contribute to our community’s wellbeing. And, also to meet the requirements of our contract with the Tertiary Education Commission. I identified three Māori, who happened to be women, who were the best possible candidates – actually, the only candidates. The required paperwork was completed, various important people signed their assent. And this is where it gets interesting. In the final decision-making meeting, I was told by a very well-meaning senior male colleague, “this is not the CV of a principal investigator”. It was an issue I thought we had canvassed in previous emails. Clearly not. My response was, “You are right, in terms of conventional CVs. However, this is the CV of someone who has balanced her research and publication outputs with grounding her work in the Māori community, with taking the time essential for fostering those community relationships, with ensuring her research is meaningful and making a difference.” I went further. “Perhaps,” I suggested, “we need to require non-Māori to show their relationships with Māori in their CVs, without which they cannot be promoted?” There was silence.

The next comment was also fascinating. “Do you think she is ready for this level of leadership?” I wondered if that question had ever been asked of males being suggested for the role of principal investigator. I have never heard it asked. Ever. I replied that this woman had been in leadership roles, whether she liked it or not, from her mid-20s, which was clear from the CV, and now, more than 30 years later, had a wealth of leadership skills, as well as being defined by her community and whānau as a leader. She got the promotion. They all did.

I was recently in a similar conversations with senior Pākehā men and women about my own CV. Their first comments were almost identical: “You don’t have…” “You will need to…”

Talk about a deficit approach. Don’t get me wrong, these are good people who are trying to be helpful, but unwittingly, perhaps, maintaining the problem. And the problem is very frightening. There is massive structural bias against women in science. Whatever you like to measure: how much people get paid, publishing opportunities, promotion and leadership opportunities being offered, facing sexual harassment. It is frankly ugly and totally unacceptable.

“So what?” you might be thinking. “Who cares that the vagaries of overt and covert requirements of a CV befitting promotion doesn’t fit with what many of us women have done in our careers?” It matters because it is a useful diagnostic test of the sexist-racist sickness that remains in the academy.

We hosted some students from Te Kura Kaupapa Māori o Hoani Waititi at our labs at Brain Research NZ this week, all kōtiro, all young Māori women, brilliant, intelligent, accomplished, and I was both thrilled and felt very protective. I was reminded that the space they are entering remains systemically biased against them, against all of us women, especially ethnically diverse women.

My manifesto is to tell the truth about the reality of working in science, and to work with everything I have and with the determination of my ancestors to critique and defy the conventions that continue to structurally maintain systems of power designed to keep women down. He manako te koura i kore ai! We won’t get there by wishing it!

When I was 19 I was given a book of poetry that included this quote by Muriel Rukeyser: “If one woman told the truth about her life, the world would split open.” If you haven’t noticed, the world is splitting open, we women are telling the truth about our lives and we aren’t going to stop. We women are taking our place in science as equals. Science institutions, agendas, models of funding, research questions, research design, the mental health of scientists, scientific findings, what is valued in our CVs and the impact of all this on the wellbeing of our communities will be the better for it.