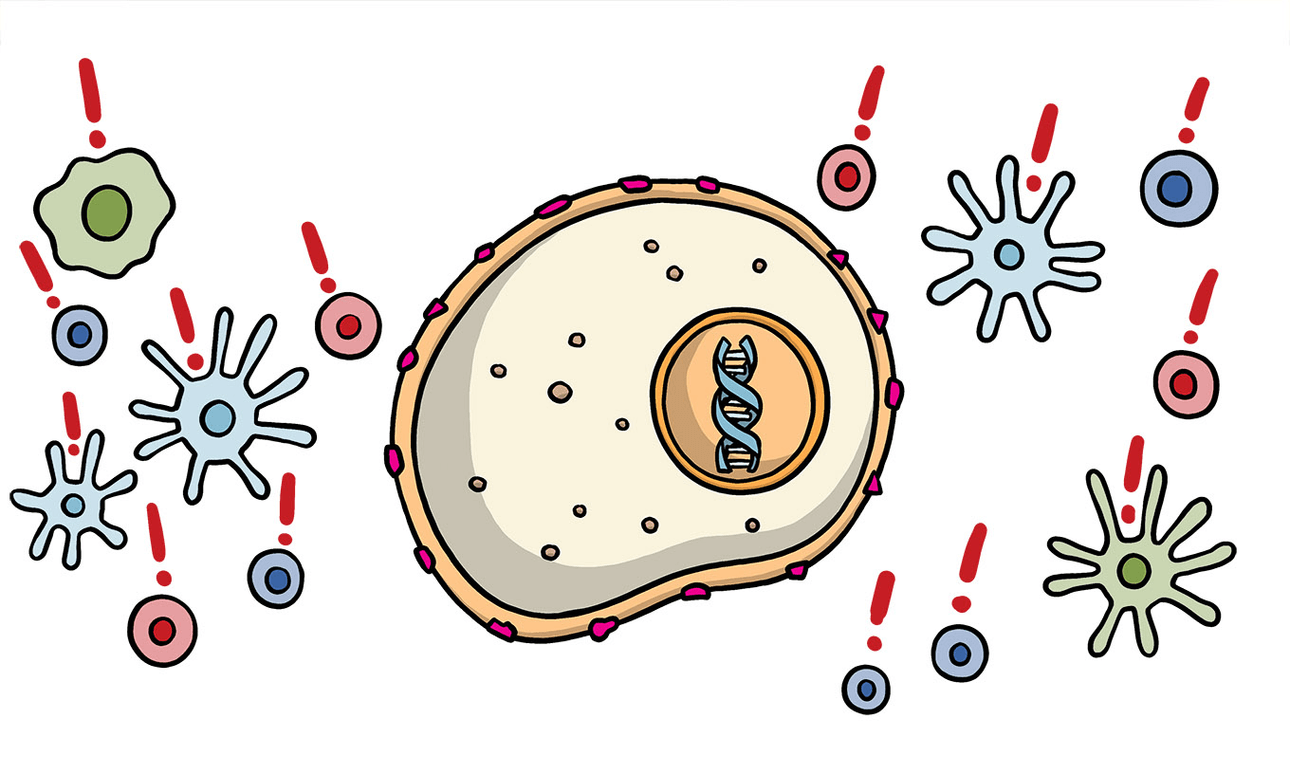 And why so-called ‘breakthrough cases’ only make it more important that everyone who can gets vaccinated.

As New Zealand’s delta outbreak grew yesterday from one to 10 cases, we heard that at least one of the cases, a nurse, was vaccinated. Meanwhile a flight attendant has tested positive for Covid, likely to be delta, despite being vaccinated. I want to address why vaccinated people can get infected – and why it’s still so important that everyone who can gets vaccinated.

How does the SARS-CoV-2 virus infect people?

Before we get into vaccines, we need to understand how the virus responsible for Covid-19 infects people. It is airborne and the main route of transmission is people breathing in the virus. Science journalist Megan Scudellari recently wrote a really nice feature in Nature that describes what researchers think happens next. The evidence comes from a wide range of studies, including computational studies and genomic studies, as well as animal and cell studies. And yes, those aren’t human studies, but that doesn’t mean they can’t help us understand what’s likely happening in people.

A SARS-CoV-2 virus particle has between 24 and 40 spike proteins sticking out from its surface, each with what’s called a receptor binding domain or RBD for short. The spike proteins are also coated with sugars known as glycans which help camouflage them from our immune system. Computer simulations show the glycans can lock each RBD into place – like a kickstand on a bicycle, as Scudellari describes it. The spike proteins bind to the ACE2 receptor, which is found on many cells in the human body, including those in our nose and throat. The spike protein of the delta variant has a number of mutations that seem to improve the ability of the RBD to bind to ACE2.

As well as ACE2, human cells also have a protein called TMPRSS2 on their surface. That cuts the spike protein, enabling the virus to bury and fuse itself with the human cell’s membrane. Here’s an interesting fact. Despite looking like it would work in early lab studies, the reason chloroquine didn’t work in clinical trials is probably because the virus can use TMPRSS2 to get inside human cells rather than using endosomes.

Next the virus injects its genetic material directly into the cell and our ribosomes translate it into proteins. Some of those make up the new virus particles. But others quickly ramp down the cell’s ability to make its own proteins. In other words, the virus turns the human cell into a virus-producing factory. It also remodels the inside of the infected cell and interferes with its ability to raise the alarm. Newly made virus particles then leave the cell.

As they leave, a human protein called furin snips five amino acids off the spike proteins, which prepares the virus to infect the next cell. The delta variant has changes that make furin better at making those crucial snips. And more furin cuts means more spike proteins primed to enter human cells. From the nose and throat, the virus goes on to infect cells in the lungs and then on to other cells of the body. Virus particles will also enter our lymphatic system where they’ll be taken to the tonsils, adenoids, and lymph nodes. That’s where the adaptive immune system kicks into gear. Antibodies get made that recognise the virus’s spike protein and neutralise the virus, while T cells go into tissues to destroy any virus-producing cells.

So how do the vaccines work?

One of the best descriptions of vaccination I’ve seen comes from @AllisonLCarter on Twitter.

“I trust my immune system” is such a weird reason not to get the vaccine.

Yeah, I trust mine to protect me too, which is why I gave it a detailed dossier on what the virus looks like so it can handle it.

We’re basically giving our immune system a handbook about the virus, so it knows what to look for. The vaccines essentially kickstart our immune system by getting it to create a pool of memory cells that can quickly make antibodies that are able to neutralise the virus. The vaccines approved so far are intramuscular and the antibodies we make when we get them are mostly what are known as Immunoglobulin G (IgG). This type of antibody circulates in the blood and from there can get into some of our tissues. That’s why when someone is vaccinated, their body quickly starts making IgG which goes around mopping up and neutralising the virus. And from the data from the billions of doses given to people so far, it is clear that the kickstart the vaccine gives our immune system is enough to protect many people from severe infection and death.

As vaccines have been rolled out in countries with widespread community transmission, one of the questions was not just whether they would prevent serious illness as had been found in the clinical trials, but whether they would prevent transmission of the virus. From the data so far, it certainly looks like vaccines prevent a lot of people getting infected, but not everyone. The question then is this: how infectious might vaccinated people be?

So why might vaccinated people get infected? Well, it comes down to our immune response and the different types of antibodies we are able to make. The types of antibodies that we would need to stop the virus from binding to the cells of our nose and throat are not IgG but IgA, aka Immunoglobulin A. So, what’s probably happening in vaccinated people is that they breathe in the virus, which turns the cells of the nose and throat into virus-producing factories. But once those viruses start to move to the lungs and other parts of the body, the IgG takes them out while the T cells get cracking on clearing the virus from the nose and throat.

To stop an infection before it really even starts, we’ll need vaccines that help us mount an immune response in the nose and throat. These would probably be best delivered intranasally, so we mount a good IgA response. The other advantage of an intranasal vaccine is it would do away with the need for needles. There are several intranasal vaccines currently in development. A recent study that gave hamsters and monkeys the AstraZeneca vaccine intranasally and then challenged them with the SARS-CoV-2 virus showed that vaccinated animals made good antibody responses, were protected from serious infection, and had lower levels of virus in their noses. That’s a promising start.

So what does this all mean?

The vaccines we currently have work really well at preventing infection and protecting people from symptomatic and severe infection, and from death. If you do get infected, you will be likely be infectious for a shorter amount of time, which means you will infect fewer people.

So please get vaccinated. It really will make a difference to you and your community. And if you are vaccinated, wear a mask just in case, and get tested if you have any symptoms that could be Covid-19. That way you’ll be protecting everyone around you too.