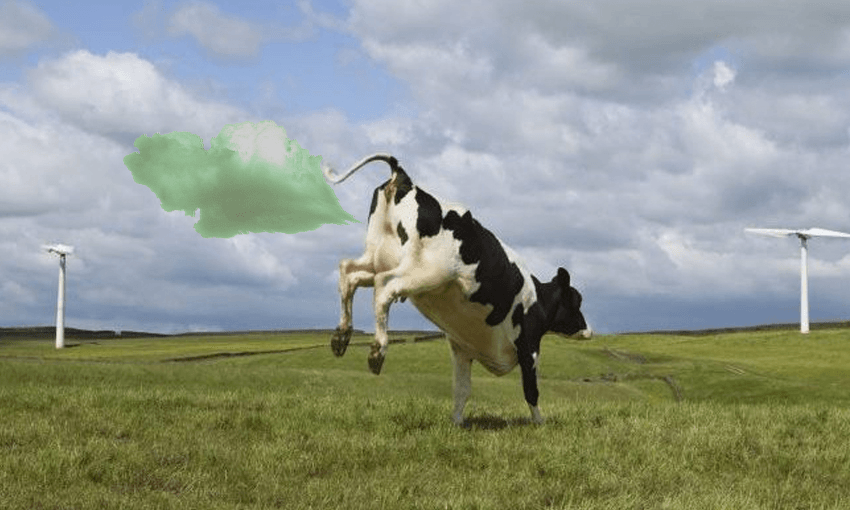 Bad news: Humans are pumping out way more methane than we thought

The amount of methane emissions for which humans are responsible could be as much as 40% higher than thought. What does that mean for the fight against climate change?

New international research suggests that the volume of methane emissions humans are producing is dramatically higher than previously thought. The findings, which rely on lab work undertaken by NIWA in New Zealand, suggest our reliance on fossil fuels and the intensive farming industry is hurting the planet a lot more than we thought.

According to an article published in Nature journal this morning the impact of methane produced by human activity may be 40% higher than earlier estimates. In the past 300 years, methane levels in the atmosphere have increased by about 150%.

Almost all of the methane in the atmosphere was naturally occurring until around 1870. Since then, processes like intensive farming and fossil fuel burning have meant human-made methane emissions are a much larger chunk.

Second only to carbon dioxide in its contribution to rising global temperatures, methane is New Zealand’s largest greenhouse gas emission. On a per capita basis, New Zealand has the largest methane emission rate in the world, thanks chiefly to ruminant livestock.

NIWA’s principal atmospheric technician and co-author of the Nature paper, Tony Bromley, said the amount of methane that was always thought to have come from human activity has been greatly underestimated.

The NIWA testing involved extracting methane from polar ice where it had been trapped for hundreds of years. From one tonne of ice, the team managed to extract the equivalent of one water drop of methane, from which the findings came.

Bromley says while it’s a shocking discovery, it does provide some positives in the fight against climate change.

“Because the emissions from human means is much larger than previously thought, it means that any initial reductions of methane will have more leverage on reducing global warming because we’re not trying to knock out naturally occurring methane from volcanoes or swamps or anything. It’s actually stuff that we’re putting out there so we can stop it.

“That’s the only positive way we can think about it, because it’s not good.”

He’s encouraged by some of the science happening at the moment to target some of our biggest methane-producing industries, like dairy farming.

“Dairying is a problem. People are working on ways to try and reduce the amount of methane from cows, there’s a lot of work being done on agricultural research of ways to eventually breed an animal that doesn’t emit as much methane. Maybe it can be done by putting different grasses that may not produce so much methane from a cow through the digestive system.”

It’s for this reason, Bromley says, that methane is targeted as a quick way to dramatically reduce climate change and atmospheric warming – by focusing on the reduction of methane, we can more quickly reduce the amount of greenhouse gases in the atmosphere.

He wants people to be aware that the only way to reduce our methane emissions is to be mindful of what and how we consume.

“I think we have one coal-powered electricity station now and there’s a lot more wind and a lot more hydro coming in. We’re cutting the use of coal in New Zealand, which is good, but there are still places that are using coal for heating and power generation. Basically it’s up to us to stop producing methane.”