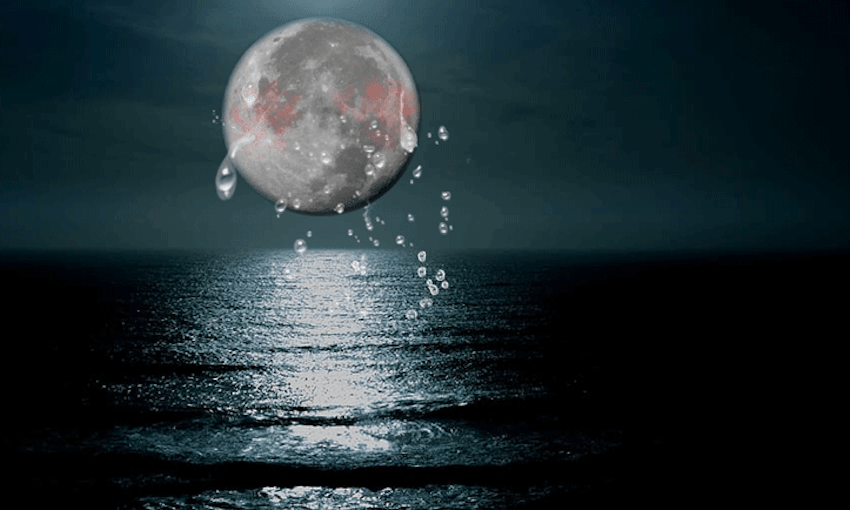 The wobbly moon is a climate change issue

News broke last week that in the 2030s, massive coastal flooding will be caused by a ‘wobbling moon’. But as an expert told Alex Braae, the story isn’t really about the moon at all.

If you consumed news only through viral headlines, then last week you would have got the strong impression that a “wobbling moon” was going to cause severe and catastrophic flooding in about a decade’s time. If that was your impression, it’d be a fair (but wrong) assumption that the solution had something to do with the moon.

But the viral-ready weirdness of the term obscured an important truth – this was really a story about climate change, a fact that got lost in the noise.

It also neglected the fact that devastating flooding – in most cases from far heavier than normal rain – is already happening. Whether it is in Germany, Henan Province in China, or Westport, climate disruption is already contributing to disasters.

Dr Emily Lane, programme leader for resilience hazards at Niwa, said the “wobbly moon thing should have actually been a sea level rise discussion, and it sort of turned into a wobbly moon discussion. Wobbly moon sounded better, probably.”

The presentation of the research from Nasa did actually try to stress the point about sea level rise, rather than the moon. The “wobbling moon” isn’t new information – the lunar cycle has been known about since the 1700s. The wobble is a cyclical shift in the moon’s orbit that impacts the gravitational pull it has on the earth, and therefore the oceans. Over the course of about 18.6 years, it causes tides to be slightly higher or lower.

Calculating sea level rise on a particular coastline at any given point in time is much more complicated than adding melting polar ice caps to the existing ocean. Factors include wider weather patterns (like El Niño and La Niña), the “interdecadal Pacific oscillation” over a 30-year cycle, along with the impact of the lunar pull on tides.

Sea level rise is currently taking place around New Zealand at similar rates to the rest of the world – about 3.5mm per year on average since 1992. Some measurements show it moving faster over a more recent timeframe, but that might be statistical noise created by other variables.

And those numbers don’t sound like much on the face of it. But Lane said to focus only on the average misses the point about why this matters. The normal movement of the ocean doesn’t result in flooding, but high tides can and increasingly will.

“In many places, the difference between what we call a one-in-20-year storm and a one-in-100-year storm might only be 5-10 centimetres,” said Lane.

She highlighted king tides as an example: “A sea wall that might have been high enough to protect against that… suddenly the waves are crashing over it.”

There are plausible scenarios in which all of the factors line up, with terrifying results. “The sea level rise happens if you like it or not; this other one goes up or down. So it’s all just sort of additive,” said Lane.

We’ve known about climate change for decades, and have utterly failed to do anything to reduce global emissions. Even if carbon emissions were cut drastically tomorrow, some sea level rise is already locked in over the coming decades. So what should we be doing now to prepare for the looming floods of the 2030s?

We need to start having conversations now about whether it’s possible for people to continue living in the most vulnerable areas, said Lane. “In some situations, it might be appropriate to try and protect things with seawalls. But they can cause their own problems, and they can exacerbate problems in other areas. And they’re only a short-term fix – with sea level rise it keeps on rising until we start dealing with emissions, and there’s quite a bit locked in.”

Communities need to make themselves aware of what is on the way so they can plan for it, said Lane. “There’s no one silver bullet, so for different communities different things will be appropriate.” She’s also concerned about the unequal impact of this sort of flooding. Wealthy people living by the coast will find it fairly easy to pack up and move inland, but poorer people might not.

It’s true that the wobbling moon might contribute to devastating flooding in the 2030s, as part of its natural lunar cycle. But if we survive that, and climate change isn’t tackled, then the cycle after that will be far, far, worse.